Celtic Quick News on News Now
You are at:Home»Latest News»MISFIT HEADS FOR HOOPS EXIT
By CQN Magazine on 1st May 2021 Latest News

DIEGO LAXALT will be heading back to AC Milan in the summer.

Celtic will not be pursuing a permanent contract for the Urugayan international left-back who failed to impress during his loan period.

Laxalt was brought in by ex-boss Neil Lennon in an emergency deal as cover in the No.3 position after Boli Bolingoli’s crazy Covid-breaking trip to Spain that brought serious repercussions to the Belgian and the club.

His speedy temporary transfer to Turkish champions Istanbul Basaksehir left only Greg Taylor as a regular in the role. 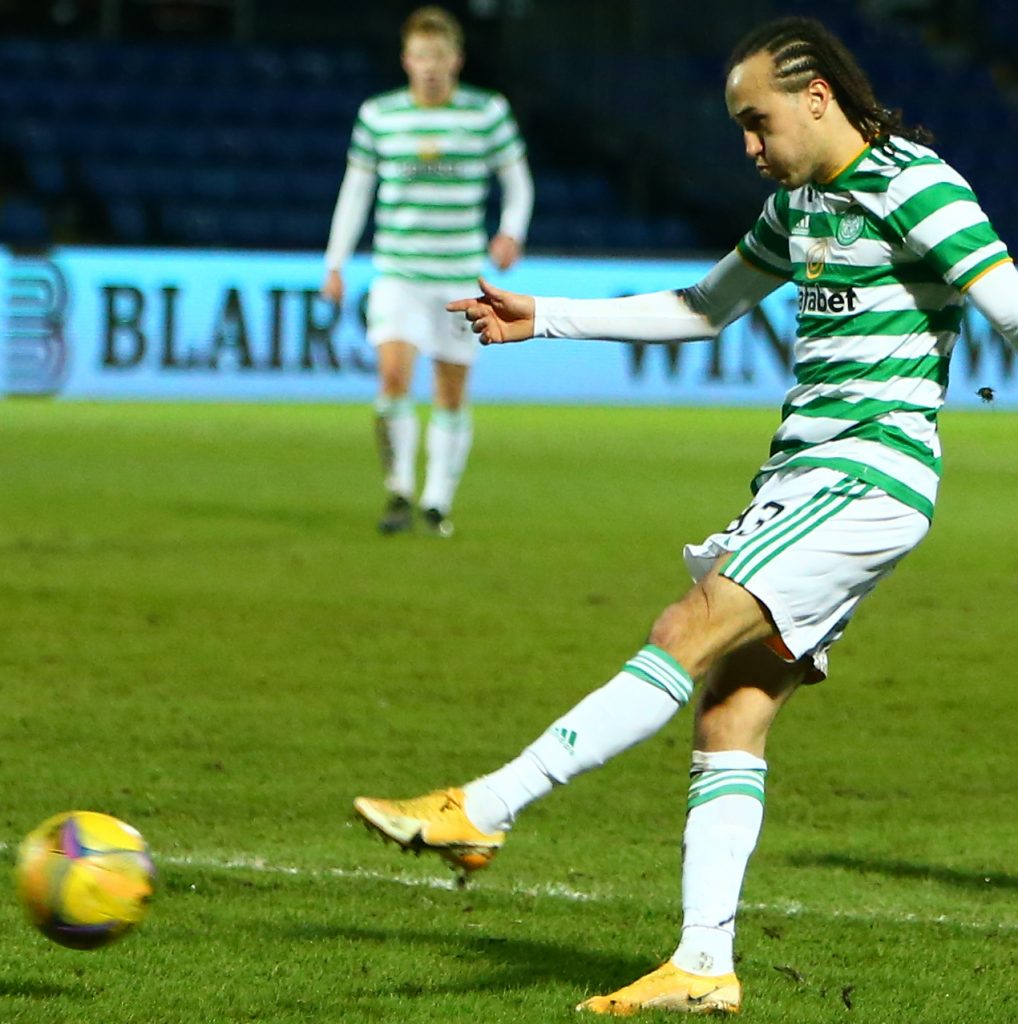 HIGHLAND CLEARANCE…Diego Laxalt in one of his last games for Celtic, the 1-0 loss against Ross County in Dingwall in February.

Laxalt answered the SOS and made his debut in the 2-0 loss to Steven Gerrard’s Ibrox side in October. Ironically, it looks as though his last outing will also have been against the Govan outfit after he was hooked at half-time in the Scottish Cup exit last month after a torrid 45 minutes.

Despite the Hoops still awaiting the appointment of Lennon’s successor, the decision has been made to return the defender to the serie A outfit, according to a report in the Italian media.

The incoming Hoops gaffer, almost certainly Eddie Howe, will have to deal with the problem of Bolingoli who will be returning to Parkhead, but clearly has no future at the club with two years still to run on his contract following his £3million arrival from Vienna Rapid in the summer of 2019.