Celtic Quick News on News Now
You are at:Home»Football Matters»MJALLBY ‘SEE SIGNS’ THAT VAN DIJK IS HEADING SOUTH
By CQN Magazine on 23rd August 2015 Football Matters
JOHAN MJALLBY believes Celtic defender Virgil van Dijk should be playing in the English top flight.
And the former Hoops centre-half and assistant boss reckons the classy Dutchman will quit Parkhead this month.
Weekend reports insist a £10million deal for Van Dijk has already been agreed with Southampton, who have splashed £22million in recent years signing fans’ favourites Victor Wanyama and Fraser Forster from the SPFL champions.
And Mjallby thinks it is only a matter of days before Van Dijk will also be playing across the border.
The Swede, who is now Neil Lennon’s No.2 at Bolton, said: “I can see signs Van Dijk has already agreed to go to the Premier League.
“And that is the league where he should be because he is a top player. I think he will go, especially if Celtic are in the market for a centre-half.”
Ronny Deila’s side had a £4million offer for Dinamo Zagreb’s Jozo Simunovic rejected by the Croats last week. 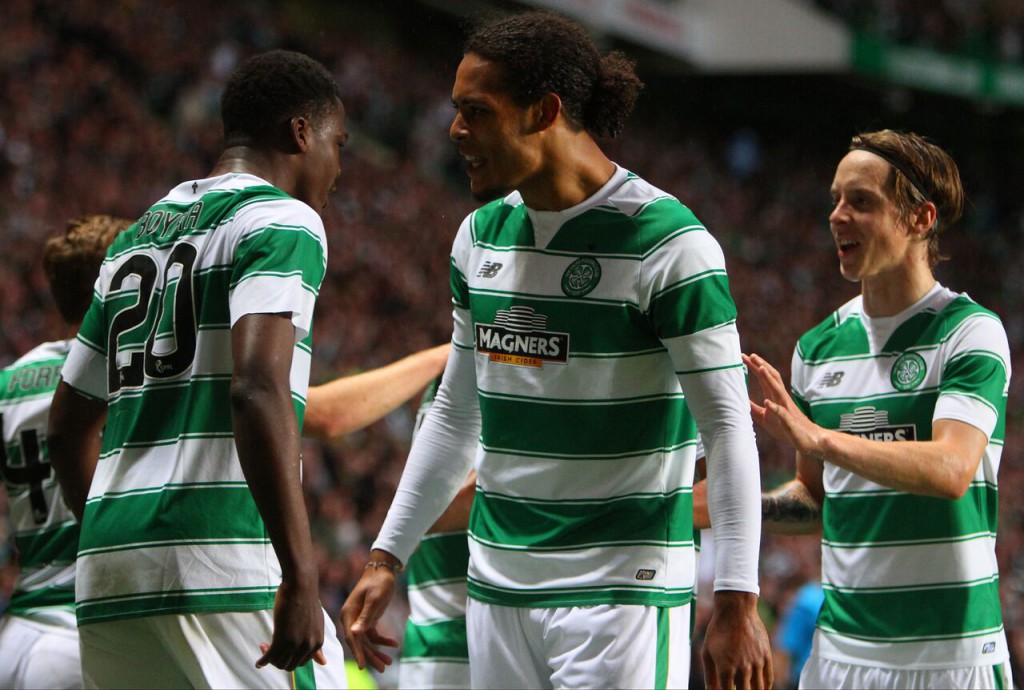 Saints boss Ronald Koeman is stepping up his move for Van Dijk as he prepares to lose central defender Sadio Mane to Manchester United.
Koeman wants to keep the Senegalese international, but is bracing himself for a fresh bid from Louis van Gaal with the Old Trafford outfit already understood to have offered £15million.
Everton and Stoke City, too, have been linked with Van Dijk, who joined the Glasgow giants from Gronigen for £2.6million in June 2013. Liverpool are also monitoring the situation and if Celtic do decide to sell, there could be a bidding war just around the corner for the hugely impressive Dutchman.
One English tabloid used the fact that Van Dijk was omitted from the Celtic side yesterday, along with eight others, as the basis of their stupid story that Van Dijk would not play against Malmo on Tuesday.
The 24-year-old defender, who has been named in the Holland squad for next month’s Euro 2016 qualifiers against Turkey and Iceland, still has two years of his current contract to run.
Click Here for Comments >
Share. Twitter Facebook Google+ Pinterest LinkedIn Tumblr Email
Previous ArticleSCOTT ALLAN THANKS THE CELTIC SUPPORT
Next Article CELTIC RUBBISH VAN DIJK DONE DEAL STORY