JAMES FORREST wants to sign a new deal and stay at Celtic for as long as possible as he aims to become a one club player and one of the most successful Celts of all time.

He’s already won 12 trophies at Celtic – just one behind Lisbon Lion Tommy Gemmell and he aims to overtake the legend this season by adding another two medals with a league and Scottish Cup medal in his sights.

Forrest though is happy to remain as one of the Bhoys.

“I just want to stay here as long as possible,” Jamesy said.

“In football you never know and Celtic are always looking to better the team.

“You need to be at it the whole time and if not they will sign new players and you can be easily replaced.

“I’ve only known Celtic and I’d love to stay here as long as I can. If you get complacent then it’s dangerous. 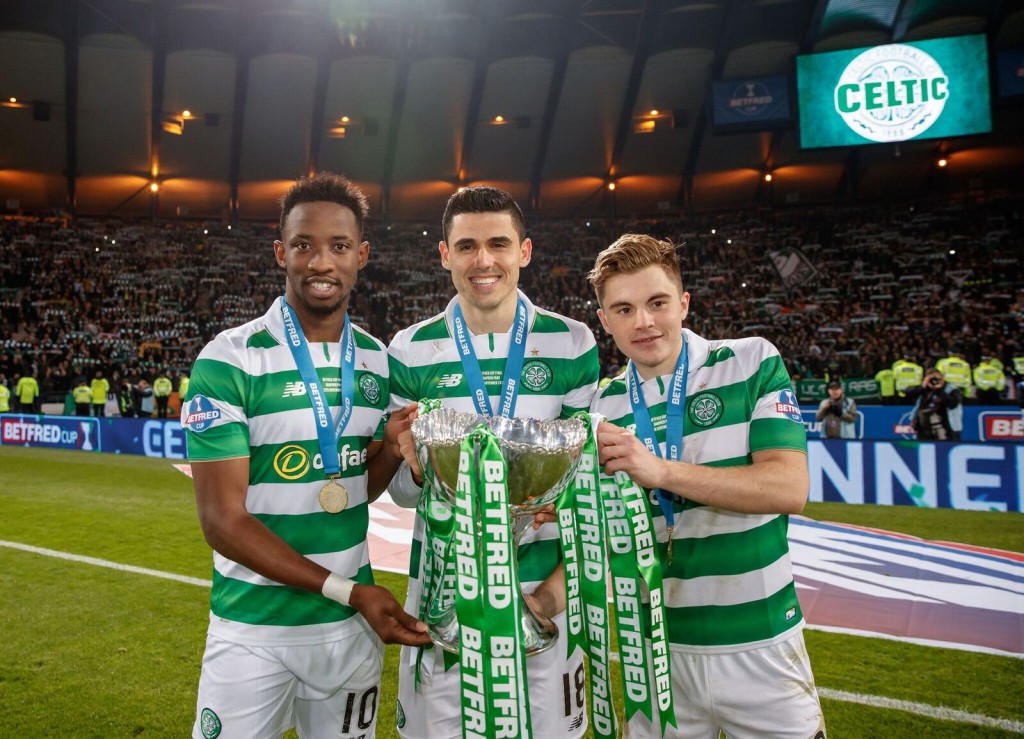 “In football you never know what will happen – it can change so much. I just want to keep working hard and doing well. I want to keep winning trophies with Celtic.”

Forrest has not always been as popular as he is at the moment with the support, although he remains one of the players in need of a supporters’ song as he heads the race for this season’s player of the year award with maybe only Scott Brown making a decent fight of it with the Prestwick Pele.

For Forrest the change in his fortunes came when Brendan Rodgers arrived and told him he was rated.

“Everyone has ups and  downs in their careers. But the season before he came in I played the most games I’d ever done so he was joking a bit.

“I’ve been working hard  and need to keep doing that to get better. When Ronny Deila came in my injuries got better and in his second year I was free from injuries mostly and played much better until the final few months of the season.

“When Brendan came in I worked hard and was able  to kick on. Celtic will always look to sign players even if they think they have players in that position. 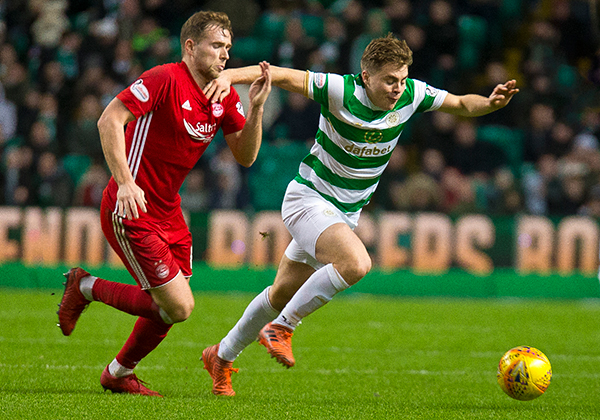 “It has happened with so many players in my position since I came through – and  international players.

“But you need to believe in your own ability, that you can play here. I’ve shown it before but you need to keep doing  it and not think about what you’ve done before. It’s only Broony who has played here more years than me now and I‘m still here.

“My tally is now 12 medals but when you’re at a big club you want to win trophies and play in the Champions League.

“Winning one just makes you hungry for the next one. You are only ever as good as your next medal at this club.

“I signed when I was nine. I think you sign your first professional one at around 17. I don’t know anything else.

“I’m 26 now so it’s a good  few years. It has been great and I just want to keep going and get more success.

“I remember when I first signed. We were training a couple of nights a week and I can remember my mum and dad taking me up to sign. It was so long ago but I can remember everything. We trained at Hamilton Palace Grounds then moved up to Barrowfield four nights a week. Then at 18 we were up at Lennoxtown.

“It’s the new faces and being in the first team – there’s nothing better. Making your debut, you just want more games and to keep winning. 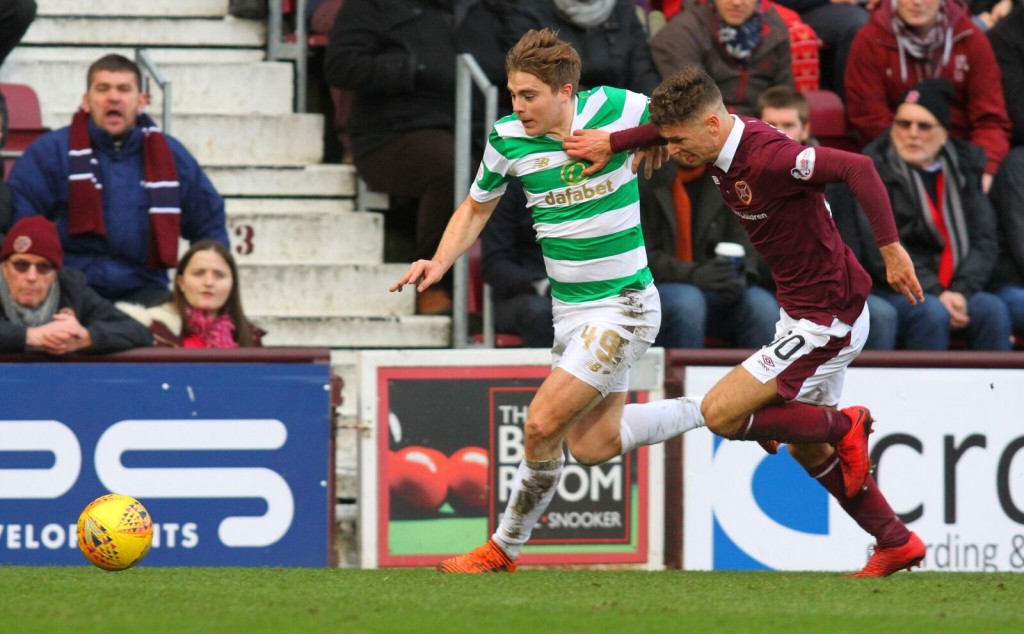 “I’m not saying anyone else didn’t sacrifice – everyone does with the amount of training.

“But it’s good at Celtic you have ex-players as coaches helping you. You maybe need a bit of luck along the way, like for your manager to put you in if you’ve been doing well and get a break. That’s important.

“When you get into the first team you just need to show you’re good enough to be there because when you’re young, others are more experienced and have played internationals.

“You can’t be shy, you  have to feel as if you belong there and be confident.

“There were a lot of boys up to the age of 19 who did the same as me but you do need that wee break, for you to work hard and for a manager to see something in you. Sometimes people made a debut and didn’t make it. Everyone always used to say every year in the age groups not many players made it here at Celtic. I’m glad I have but it has been hard work. 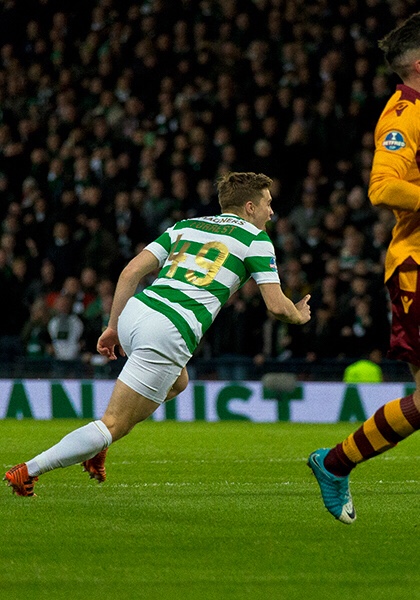 Forrest and his teammates are back fro Dubai and begin preparations this morning for the visit off Brechin at the weekend and the midweek trip next week to Firhill as the intensity kicks in again. Celtic though are now refreshed.

“Everyone said the break came at the right time as we have been back in from the middle of June and it has been hectic.

“We had a week’s training, which is good. Everyone has an opinion on how we’ve done but the manager has set his goals from the first day we came back in the summer and we’ve managed to hit them.

“We want to play well and sometimes that can’t happen. But we’re in Europe and that’s a bonus to look forward to.

“Since the manager came in it has been my most enjoyable season and this year I’ve kicked on and scored more goals.

“But it’s only halfway  through the season and we  still have big games to come.”

Time for a song for Jamesy Bhoys?