The Ibrox hitman was ordered off for slamming his left elbow into the face of Hoops skipper Scott Brown in a flashpoint off-the-ball moment that was witnessed by an assistant match official.

Morelos was sent packing by referee Bobby Madden in the 31st minute to take his tally of red cards in a stormy campaign to FIVE – which is one more than the previous “best” jointly held by Spanish hardman Sergio Ramos and Govan team-mate Ryan Jack.

Remarkably, the striker attempted to protest his innocence before trudging off, head bowed, to leave his team with only 10 men against the champions who were already a goal ahead at the time with an exquisite solo effort from Odsonne Edouard.

That inexplicable action from the hot-headed Govan player put him into the record books. 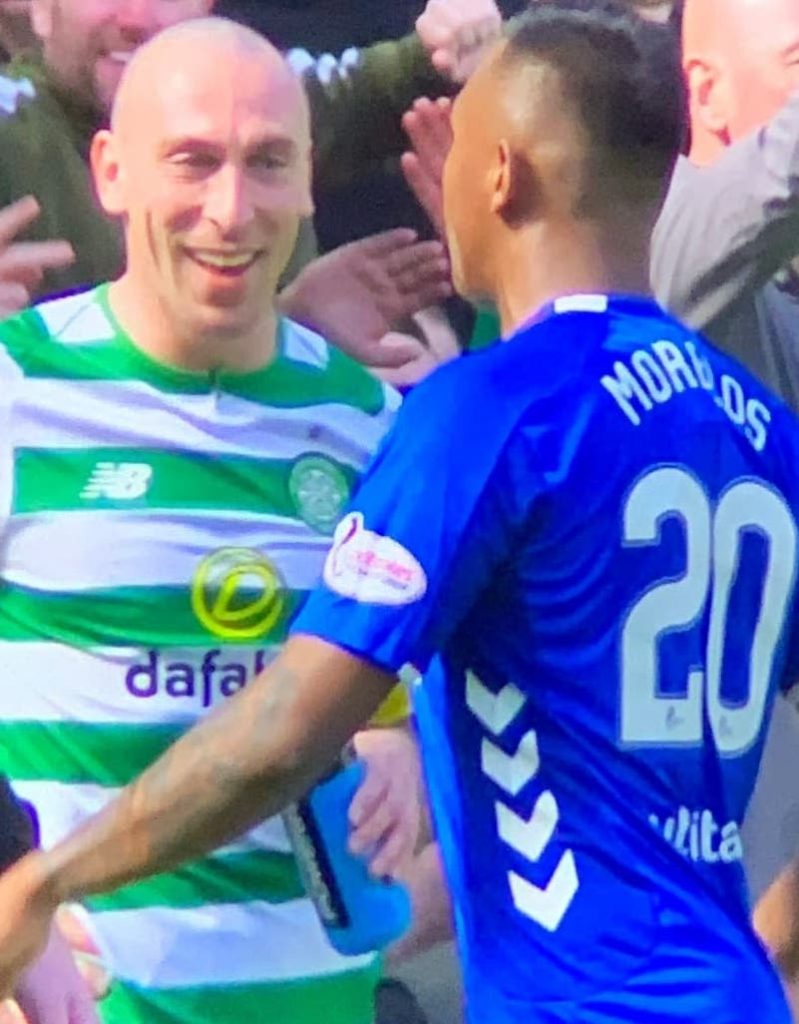 RECORD-BREAKER…Alfredo Morelos is red-carded following his assault on Scott Brown.

Real Madrid skipper Ramos has been sent off an incredible TWENTY-FIVE times in his career – the most in European football history.

Morelos’ run beat the Spaniard’s record set in season in 2005/06 when he was dismissed on four occasions – against Espanyol, Real Sociedad and Villarreal, while he was also shown red against Olympiakos in the Champions League.

And last season, former Aberdeen captain Jack was sent off four times, although two of them were rescinded.

His red cards against the Dons and Hamilton Accies stood, but his dismissals against Hibs and Kilmarnock were overturned.

Morelos has been booked TWENTY-NINE times since joining the Glasgow side.

He faces at least four games as a suspension with Steven Gerrard’s club left with only seven Premiership matches to play before the end of the campaign.