LEWIS MORGAN is hoping to provide the vital spark for Celtic as they attempt to get their season back on track.

The Hoops firing squad appear to be devoid of ammunition in a Premiership campaign that has seen them average just one goal a game – seven from seven – gain – and that includes the three netted in the opening-day 3-1 win over Livingston on Flag Day.

Brendan Rodgers is looking for someone to inspire his frontline and Morgan, bought from St Mirren for £300,000 in January, reckons he is up to the task – starting this afternoon against St Johnstone at McDiarmid Park.

The Scotland international attacker, who made his full debut against Peru in the summer, is now up to speed and raring to go after a false start to his career at the champions following an early injury.

Morgan, 21, said: “I’m champing at the bit now. When you have an extended period out it gives you that bit between your teeth to get going again.

“I’ve been fit for a few weeks now. It’s been good to be back involved and now I want to push for some minutes.

“I’ve just got to make sure that, when I get my chance, I take it and force my way in.

“As a sub, it’s hard to come off the bench and make an impact. But you’re just so desperate to do well. 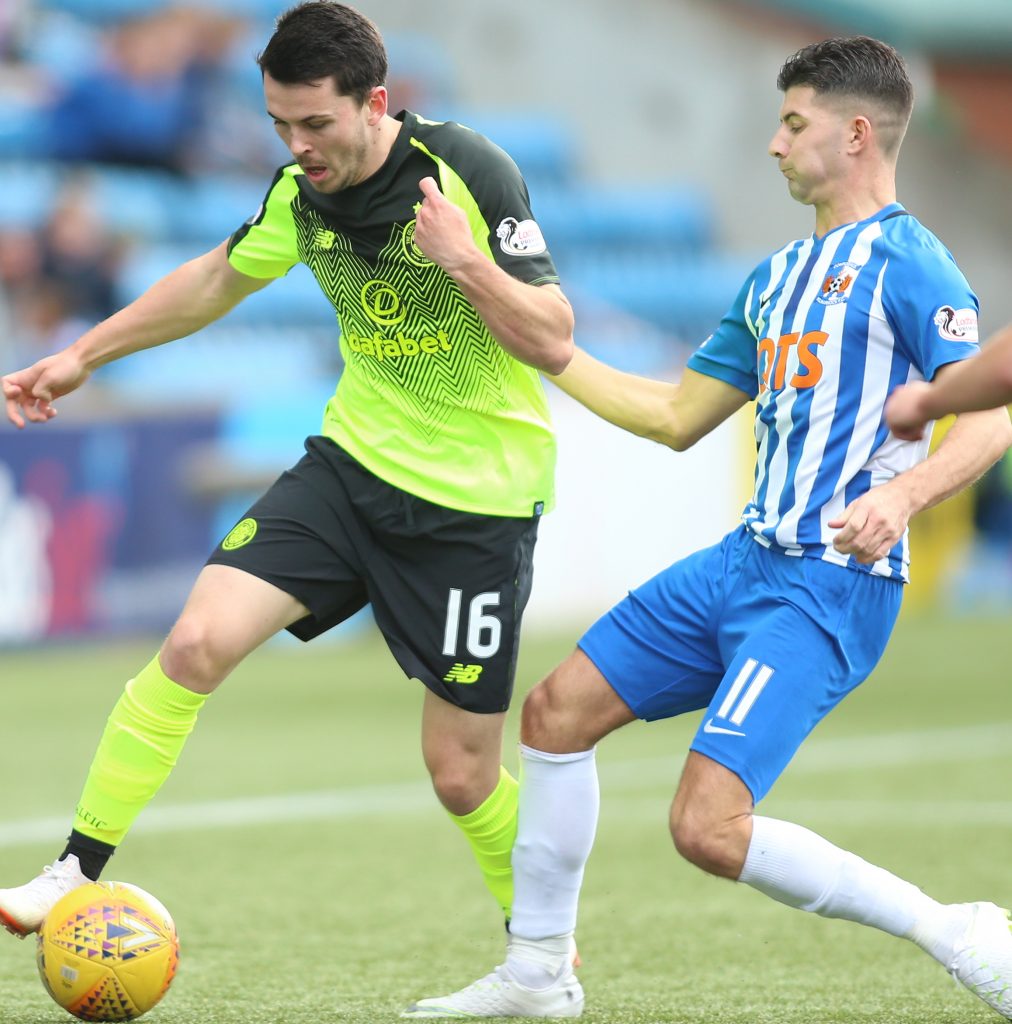 ON A WING AND A SLAYER…Lewis Morgan wants to play his part in the Hoops’ goal surge. Pic: Geo.

“Hopefully, I can do something that triggers me getting into the team – and then I can kick on from there. That’s where I am at the moment. I’m trying to show why I should be playing.

“I feel I deserve a chance – but there are probably about 30 boys in our squad who think the same.

“It’s good to know that we’ve got so many good players desperate to play and I’m sure my time will come. The goals haven’t been flowing for us this season, so there might be a chance for me.

“It’s probably due to the success we’ve had in the last two years at Celtic. Teams are playing a different style against us, which is understandable.

“But we’re working on solutions to break them down and the results are starting to come.

“Goals are a big part of my game and something I hope to contribute to the team. I want to be part of that solution. I have belief that I can help us in certain aspects when called on.

* DON’T miss the unbeatable match report and the top action images from St Johnstone v Celtic this afternoon – only in your champion CQN.