CELTIC blew the chance to go back to the top of the Premiership when they conceded a shock leveller against Well at Fir Park tonight.

It looked as though the Hoops were coasting, but some astonishingly sloppy play eventually cost them two points when they allowed the home side to snatch a draw two minutes from the end of the regulation 90 minutes.

On a night where Aberdeen won 1-0 at Ibrox, it was all set for the champions to return to the pinnacle.

Leading with a superb strike from Ryan Christie, the defence dithered as goalkeeper Mark Gillespie launched a huge punt down the middle of the field.

Curtis Main got a head to the ball to nod it into the mix and Cristian Gamboa was outmuscled by Danny Johnson on the edge of the box as the ball broke free.

David Turnbull returned it to Johnson and he smacked an angled drive low past the sprawling Craig Gordon and the ball thudded against the inside of the far post before ricocheting into the net.

There could be no argument this was a game Celtic could – and should – have won long before Stephen Robinson’s side had the opportunity to claw a goal from nowhere.

The first-half illuminated mist-shrouded Fir Park with the champions sparkling, but having to be content with a solitary goal advantage at the interval.

Man-of-the-Moment Christie scored with a wonderful clipped shot in the 13th minute before blundering referee Kevin Clancy disallowed a perfectly good goal from Filip Benkovic and then Leigh Griffiths had a penalty-kick saved by Gillespie.

It was rip-roaring stuff from Brendan Rodgers’ much-changed side as they went for the jugular right from the kick-off. 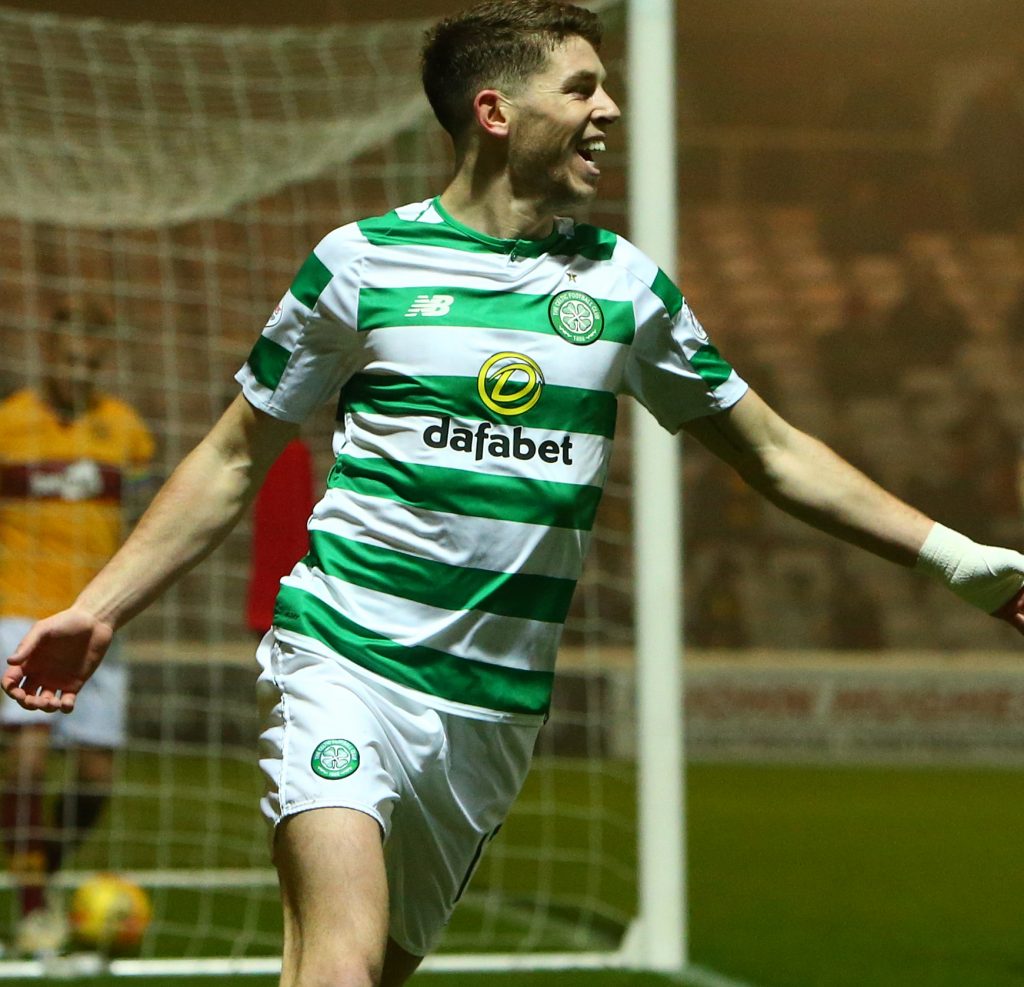 In seven minutes, the Hoops built a clever, concise move on the right with Gamboa pushing a nice pass to Jonny Hayes who, in turn, knocked an inviting ball back for the inrushing Callum McGregor.

The midfielder, back in a more attacking role with Scott Brown returning to his anchor position, tried to place his angled drive, but sent an effort straight into the keeper’s grateful arms.

The possession play of the visitors was a joy to watch and that was highlighted when they took the initiative early in proceedings.

Kieran Tierney was involved as he surged forward and Olivier Ntcham, who looked full of energy and running in the opening 45 minutes, made a clever diagonal run to distract the Well rearguard.

The left-back touched the ball inside to Christie, coming in on the blindside, and he elegantly hit the ball with his left foot from eight yards and his effort simply thundered wide of the stranded Gillespie.

There was a brief reply from the home side three minutes later when a sloppy pass from Gamboa was intercepted and the ball was worked forward to Turnbull on the edge of the box. He let fly, but his drive zipped a few feet over Gordon’s crossbar.

In the 29th minute, a Griffiths right-wing corner-kick went right across the face of the goal and Benkovic got in front of Tom Aldred to turn the ball beyond the helpless Gillespie.

Remarkably, the match official ruled it out for an unseen infringement, a decision which appeared to baffle friend and foe alike.

And there was more disappointment to come for Rodgers’ side in the 41st minute when Griffiths passed up the opportunity of netting from the spot, the second successive Celt to miss a penalty-kick following Scott Sinclair against Aberdeen on Sunday.

Andy Rose clearly took the feet from Christie and this time Clancy got it right. Unfortunately, Griffiths’  left-foot drive lacked accuracy and Gillespie dived to his left to block the effort and then he recovered to punch the ball to safety as the striker tried to get on the end of the rebound.

Celtic restarted the second-half with Sinclair on for Ntcham to provide some natural width on the left. 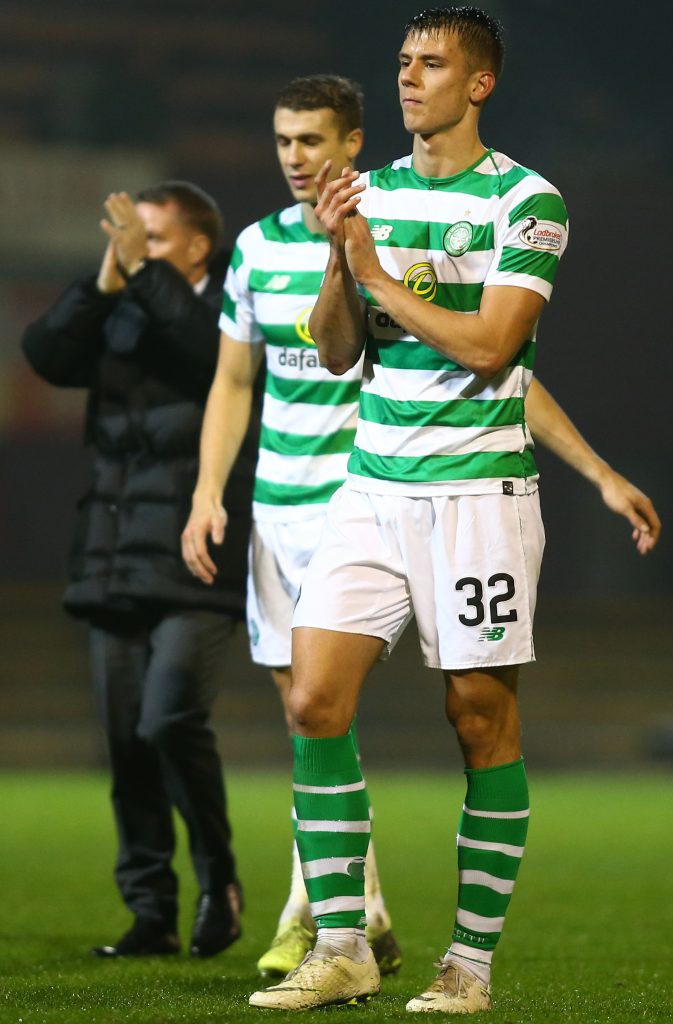 Odsonne Edouard replaced the tiring Griffiths in the 67th minute, but the £10million Frenchman’s only touch of note was a wayward pass straight to Connor Sammon who rampaged through the retreating defence to wallop in a low drive which was well held by Gordon.

In the 73rd minute, Allan Campbell, who had earlier been booked for a brutal challenge on Gamboa, escaped a red card from Clancy when he scythed down Hayes, who then made way for Tom Rogic.

Celtic’s sparkle had gone in the fading moments and Well took advantage with their simply-devised equaliser which left the visitors wondering how they didn’t win this encounter.

Manager Brendan Rodgers may have been asking that very question in the dressing room afterwards.

He might get the answer against surprise Premiership leaders Kilmarnock at Parkhead on Saturday.