Brendan Rodgers started with the 21-year-old frontman in preference to the Scotland international, but he made the switch near the end with the team coasting to a May 19 date with Motherwell in the Final.

Griffiths, though, had no complaints about not starting the game given the manner in which Dembele, who netted the third goal with a cheeky chip from the penalty spot, dominated proceedings.

He said: “You can’t take anything away from him. He showed with that display that he is one of the top young talents in Europe. He bullied their centre-halves and he was unplayable. His penalty just summed up the guy.

“It doesn’t matter how big the occasion is, he is always calm. I thought he was exceptional. He never gave the Rangers defence a minute’s peace.

“He has that in the locker and when he is in the mood like that he is a joy to watch.” 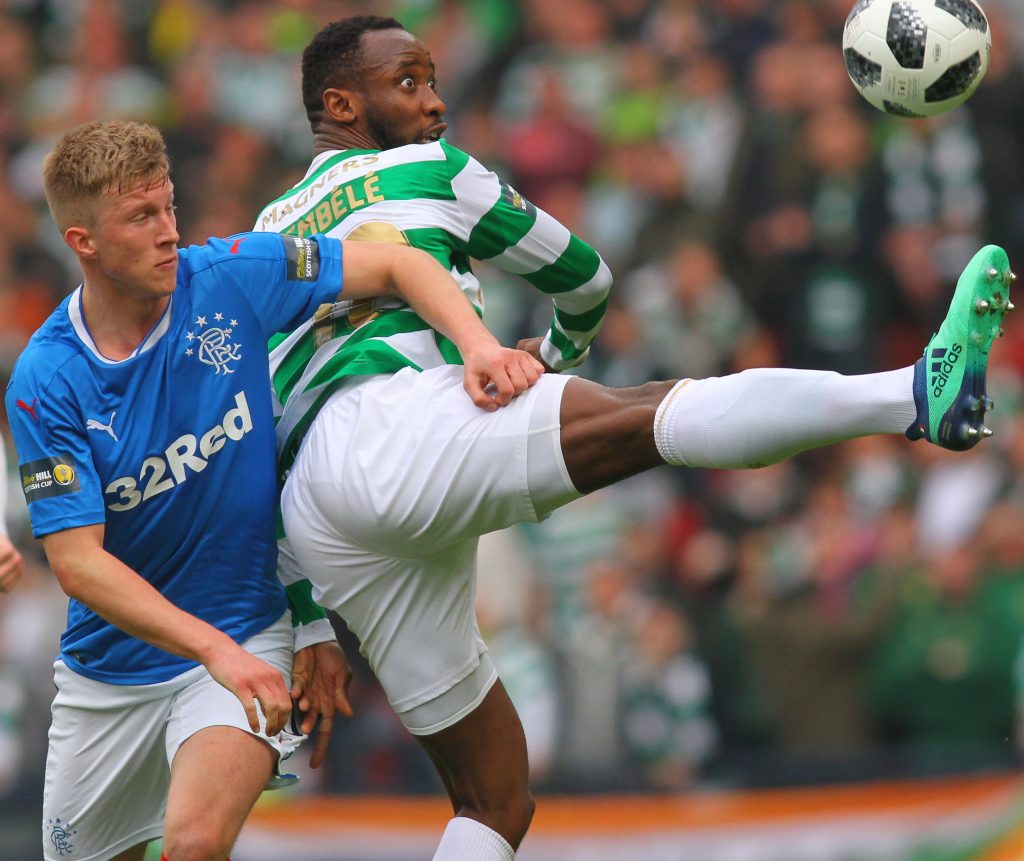 THE EYES HAVE IT…Moussa Dembele challenges Ross McCrorie for the ball.

Looking ahead to hopefully clinching the title against his former club Hibs, Griffiths added: “We want to go to Easter Road now and finish the league off.

“These have been really tough games for us this season against them and they’ll make it hard for us.

“There is nothing in my mind other than three points. Like everyone in the dressing room, I want to go out and win it as quickly as we can. If we win it, we are champions and that is what we want.

“We want it on Saturday. There’s no way we would voluntarily delay getting the title.

“Everybody knows I am a Hibs fan, but I play for Celtic and I want that league wrapped up as soon as possible. It would be perfect to go and get the goals to take me to the 100-goal mark at the same time.”