MOUSSA DEMBELE was missing from the Lyon squad that drew 2-2 with Manchester City in the Champions League last night.

And the absence of the former Celtic striker sparked reports he has fallen out with the French club’s manager Bruno Genesio.

Dembele played in the club’s 1-0 league win over St Etienne on Friday, but failed to impress his team boss who paid £19.8million for the Under-21 international on deadline day.

According to statisticians at the game, the frontman had only FIVE touches of the ball in the first-half and was removed from the action with 17 minutes still to play.

Ironically, ex-Hoops loan star Jason Denayer scored the only goal of the game.

Dembele, who was signed by Brendan Rodgers from Fulham in the summer of 2016, made a startling early impact when he thumped in a glorious hat-trick in the runaway 5-1 win over Rangers at Parkhead in September. 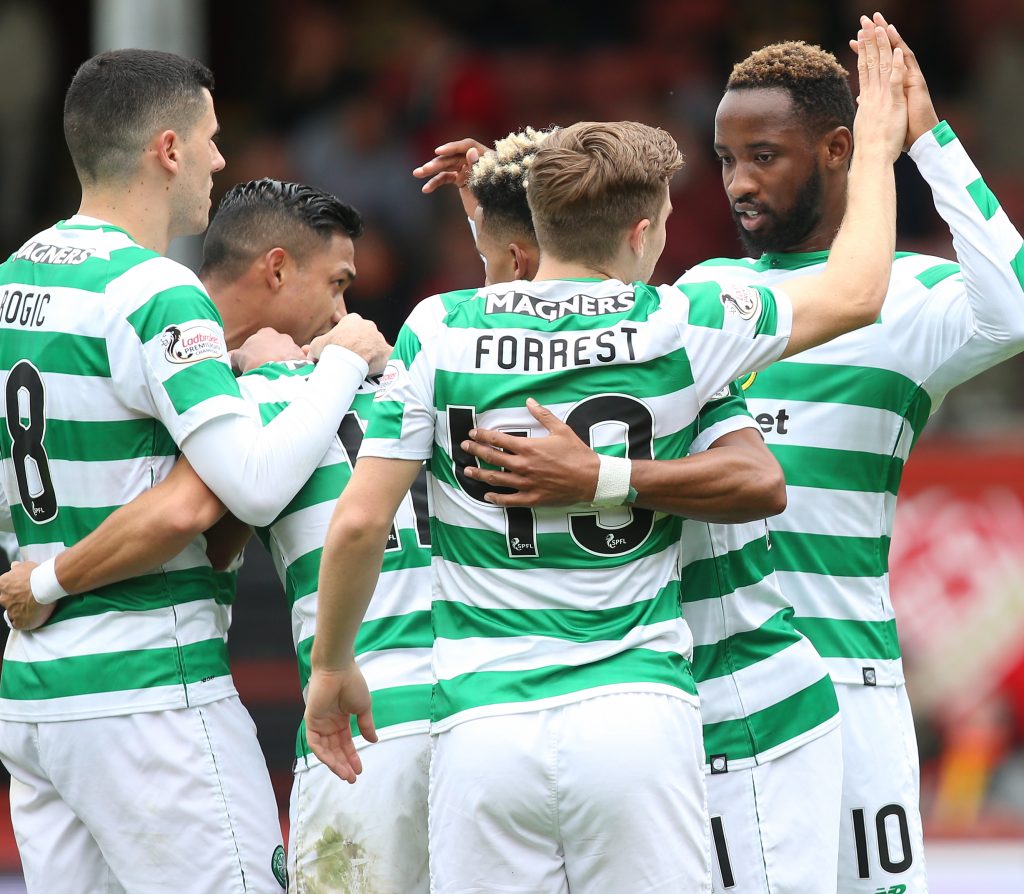 THE FINAL GOAL…Moussa Dembele is congratulated by his team-mates following his strike against Partick Thistle in August. Pic: Geo.

The powerhouse attacker was a revelation in his first campaign as he claimed 32 goals although injury hampered him last term where he netted 16.

He was on target twice in the Champions League qualifier against Alashkert in July and hit his final Hoops effort in the 3-1 win over Partick Thistle in the opening Betfred League Cup-tie at Firhill in August.

However, following a training ground disagreement with boss Rodgers, it was obvious his career at the champions was coming to an end and Lyon stepped in to sign him just hours from the transfer deadline.

Dembele, with only four strikes from 12 appearances for La Liga outfit, has now had a fall-out with the club’s gaffer Genesio, according to French media.

The 21-year-old forward is hardly likely to be offered any sympathy from the Celtic supporters after quitting the club in haste and leaving his manager without sufficient time to bring in a replacement.