CRAIG GORDON admitted he wasn’t aware Moussa Dembele had cheekily chipped in his penalty-kick for the third goal in Celtic’s 4-0 Scottish Cup semi-final rout of Sevco Rangers on Sunday.

The Hoops keeper chose to look in the other direction as the French Under-21 international striker netted with an impudent effort as rival shotstopper Wes Foderingham took off in the wrong direction.

Dembele, of course, has an impressive goalscoring record against the Ibrox side and celebrated his debut in the fixture last season with a sparkling hat-trick in the champions’ landslide 5-1 success.

He also scored the winner in the League Cup semi-final and in the 2-1 Hogmanay triumph last year and was on target again this time around in the 3-2 win at Ibrox last month. 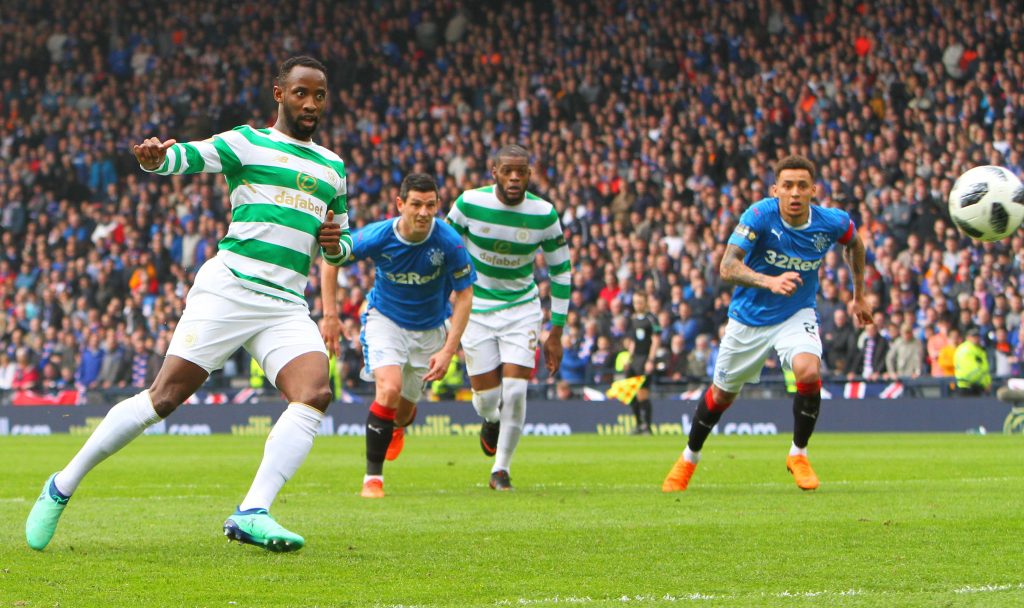 The powerhouse frontman helped himself to another at Hampden at the weekend after Ross McCrorie had sent him crashing to the turf to earn an immediate red card from referee Bobby Madden.

Gordon said: “I didn’t realise Moussa hit a Panenka penalty. I never saw it because I don’t look.

“He doesn’t do too many of them in training, actually. It’s a great piece of skill and it takes a bit of bottle because it can easily go wrong.

“At that stage in the game, we were already dominant, so if you’re going to try it, that’s the time to do it.

“Hopefully, he doesn’t do too many of those!”

* Gordon was speaking to the Celtic View, on sale now.