Celtic Quick News on News Now
You are at:Home»Latest News»MOUSSA’S BACK!
By CQN Magazine on 25th May 2017 Latest News
BRENDAN RODGERS is not ruling out a dramatic return for Moussa Dembele in the Scottish Cup Final against Aberdeen on Saturday.
The 32-goal French frontman has been out since sustaining a hamstring injury in the 2-0 semi-final victory over Sevco Rangers. 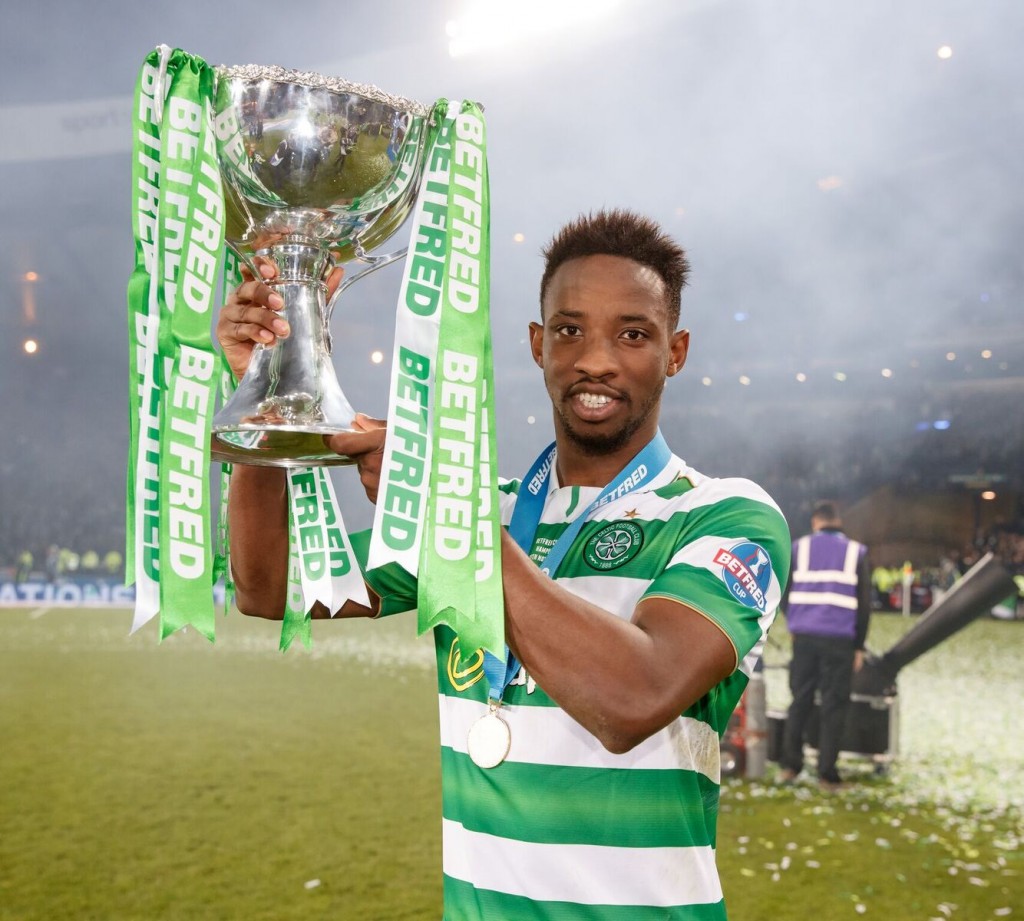 The Celtic boss revealed the prolific hitman could come back into the squad, but admitted he wouldn’t be fully fit – something he insists is now commonplace.
Rodgers said: “They’re never 100 per cent. That’s the reality of it as a modern-day footballer and you’re playing so many games.
“I think we’re up towards 59 competitive games and some of these boys have played international football, as well.”We have to measure and gauge the risk of where Moussa is at. But, hopefully, he’ll be fine.

ALSO ON CQN TODAY…
Lawwell to back Rodgers with transfer funds this summer…READ HERE
Brendan on why Hampden win would be special…READ HERE
How the Celtic supporters are getting on in Lisbon today…READ HERE
Tommy Gemmell and THAT goal…READ HERE
Celtic were superhuman admits Milan scorer…READ HERE
ORDER That Season in Paradise, signed by either Bertie Auld or Willie Wallace (you choose) and the Official Celtic s x DVD of Lisbon 1967 and get both for just £19.67 exclusively at cqnbookstore.com – it’s Father’s Day in a few weeks time!