The Hoops skipper appeared to be heading for the Parkhead exit during the mayhem of Gordon Strachan’s successor.

Mowbray was in charge for a chaotic 10 months before being sacked after a 4-0 hammering from St Mirren in Paisley in March 2010.

However, before the axe fell on the blundering gaffer, it could have been Brown getting the boot.

The 33-year -old midfielder, who has won 16 trophies at the club following his £4.4million switch from Hibs in the summer of 2007, said: “It hit me like a hammer when he told me to find a new club.

“I didn’t want to leave. I enjoyed playing for Celtic and all my family were here. But now I’m being told to find myself a new club.

“I had to tell people I think I might be free to leave in January. Then all these offers start coming in and I’m thinking to myself: ‘Well, whatever happens, happens’.

“I had an offer from Newcastle. There had been also interest from Harry Redknapp at Spurs and I was waiting to find out if he was still wanting to do something. So, I’m sitting there thinking if I should go or not.” 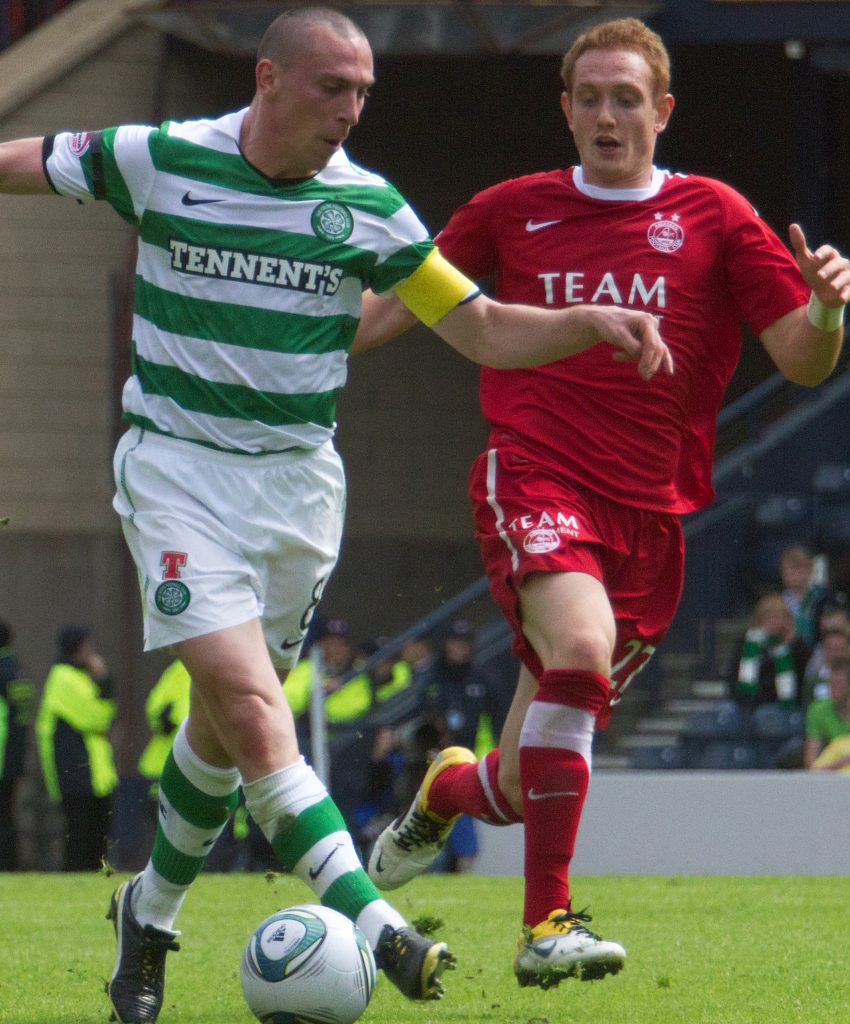 Mowbray dropped the bombshell news on Brown in December 2009, just weeks before the winter transfer window was about to open.

The club, though, released a statement around that time to say they wanted the player to remain at Parkhead.

Mowbray had been Brown’s gaffer at Easter Road for two years before they endured turmoil in the east end of Glasgow when the season began to fall apart.

The fans favourite recalled: “It was a strange thing. Tony and I got on unbelievably well when we were together at Hibs. I don’t know if that was because we were young and he wanted us to do really well at the time.

“He wanted to make us do our best, so that he would be doing his best. These things work both ways. We were all fine with that.

“I was devastated when he went to West Brom because we didn’t think we’d get another manager of the same class. So, it was a hard one for us to lose him. 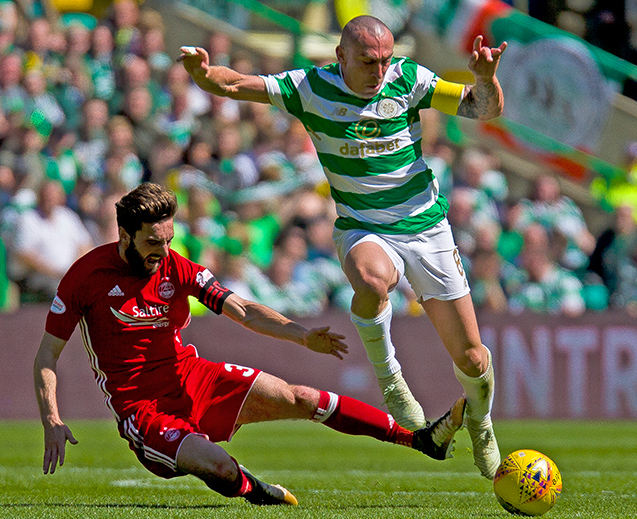 CRUNCH…Scott Brown leaps over a tackle from Dons skipper Graeme Shinnie in the final Premiership game of last season.

“When Tony joined Celtic I had been injured at the end of the previous season. So, I came in early that summer to meet with Tony and his assistant Mark Venus. I was like: ‘Brilliant, we’ve got the partnership back together’.

“It all started well, but when the s*** started to hit the fan somehow all the blame came back to me. And I was the guy who tried to help him out at Hibs. Now I was playing through injuries, trying to play in games when I shouldn’t have done. And it all backfired.

“I was trying my best to help him out, but obviously he just wanted to help himself. That’s football – it happens and you learn your lesson.”

When Mowbray was axed following the Paisley pummelling, Neil Lennon took over as caretaker manager. And Brown’s Celtic career took off.

He said: “Lenny got the job until the end of the season. I’m thinking: ‘Here we go, let’s show this guy what I’m all about’.

“He got 10 or 12 games and we won every single one of them apart from a Scottish Cup semi-final at Hampden against Ross County.

“And Lenny made it clear he wanted me to stay. That wee bit of love makes all the difference.

“I was lucky that I had Lenny. He talked me through what being a captain was all about.”

The eighth successive title is now on Brown’s radar while he is in discussions with chief executive Peter Lawwell about a contract extension with the current deal due to expire at the end of the campaign. 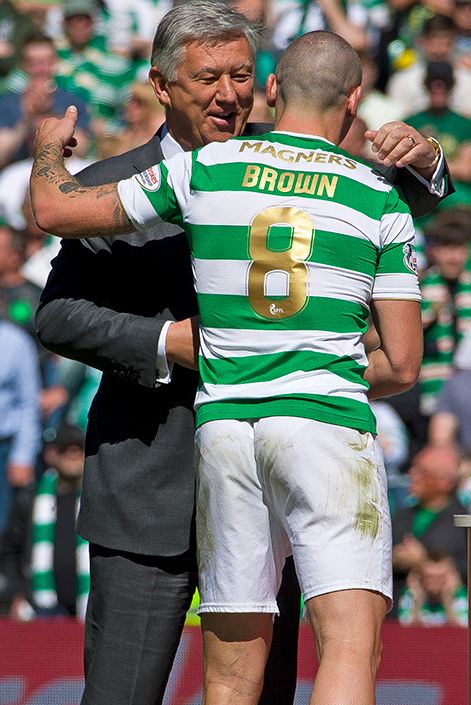 The midfield warhorse, who was the team’s Man of the Match as the 10 men dominated the second-half of the disappointing goalless draw against St Mirren on Friday, added: “When you talk to any fan they talk to you about ‘Ten’.

“But they forget about the other ones we need to win before that.

“I think I can play another three or four seasons. I’ll be 34 next summer and I believe I can still be playing at Celtic until I’m 37.”