DAVID MOYES has admitted he is NOT worried after Real Sociedad’s sixth loss in 11 league games.

The Scot’s most recent defeat came in the 2-0 flop against Las Palmas that leaves his team hovering above the relegation zone only on goal difference.
Moyes, sacked by Manchester United before completing the season as Sir Alex Ferguson’s successor, admitted he was used to the pressure of seeing one of his teams in a bad patch of form.
He said: “Any coach at any team in the world would be worried about this situation, but I’m not worried.
“I’m used to it. The season is long and I have faith in the players, but they have to demonstrate their quality.
“They have to do better – and so do I.”

The former Celtic defender has been the subject of speculation concerning his future, but insisted his intention is to remain with the club “until the end of the season” and that his players “are better than they are showing.”

His side face Europa League winners Sevilla and European champions Barcelona in their next two La Liga games after the international break.
Meanwhile former Celtic keeper Fraser Forster could return to action with Southampton before the turn of the year.
The towering shotstopper, who quit the Hoops in a £10million deal in August last year, is FOUR months ahead of his comeback schedule.
England international Forster has already started light training as he continues his recovery from patellar tendon knee surgery suffered against Burnley in March. 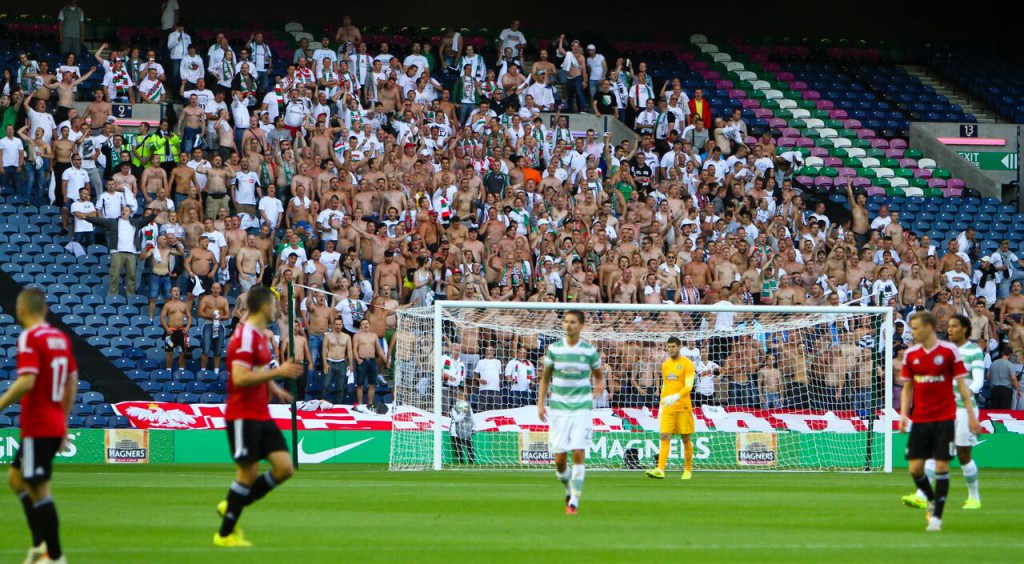 Saints boss Ronald Koeman believes his goalie could be back in full training “in four or five weeks” after initial reports indicated he would be out for an entire year.

However, the 27-year-old has made impressive progress through an arduous rehabilitation programme.

Koeman said: “He’s doing very well, everything is going to plan and it is fast.

“It’s going good and he could be part of the group in four or five weeks.”

“Everybody is happy with how he is and that he’s recovering well. We know it takes a long time to recover to 100 per cent, but he will come back.

“He needs continued training and his first game will be in the Under-21s.”