Celtic Quick News on News Now
You are at:Home»Latest News»‘TOXIC IBROX AND WHY MURTY SHOULD WALK AWAY,’ SUTTON
By CQN Magazine on 19th April 2018 Latest News

CELTIC hero Chris Sutton has advised under-pressure Ibrox boss Graeme Murty to do some walking away.

The former Hoops hitman reckons the interim gaffer has been sold out by the club’s chairman Dave King.

Sutton also believes the beleaguered Govan outfit, suffering from meltdown following their 4-0 Scottish Cup semi-final thrashing from Brendan Rodgers’ men on Sunday, could miss out on a European spot next season.

There are five league games for Murty to negotiate between now and the end of a troubled campaign, starting with Hearts at Ibrox on Sunday.

The club will be going into the encounter without two of their most experienced players, striker Kenny Miller and club captain Lee Wallace, who have both been suspended following a dressing room bust-up at Hampden. 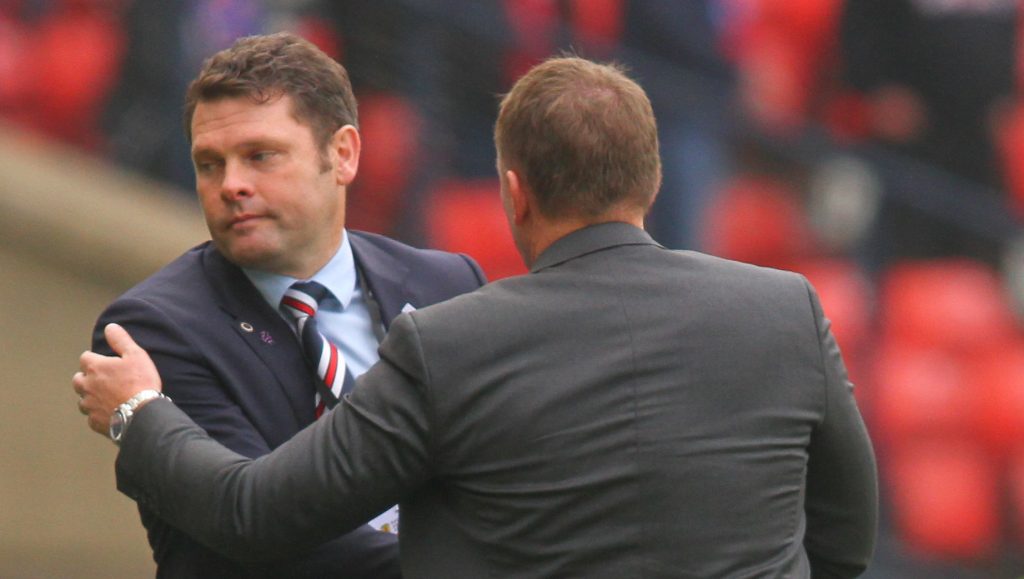 THE END…Brendan Rodgers consoles a crestfallen Graeme Murty at the end of Celtic’s landslide Hampden triumph.

Sutton said: “There has been a lot of talk from Rangers as a whole in the last season or two, but they don’t back it up with anything on the pitch.

“If you are a Rangers fan, you are scratching your head as to how the club can go forward from this.

“What is the plan? It’s all up in the air and Dave King has to take responsibility for this. There was the whole issue of how Pedro Caixinha got the job, who interviewed him – that whole situation was an embarrassment and a sham.

“Then you get to Graeme Murty who was thrown in at the deep end and then undermined before a crucial game – he (King) basically said he didn’t trust him to take it on next season. That was needless.

“All the way through the club, they need to take a look at themselves.”

Sutton, now a media pundit, insisted the caretaker gaffer is within his rights to walk away before doing further damage to his own reputation. 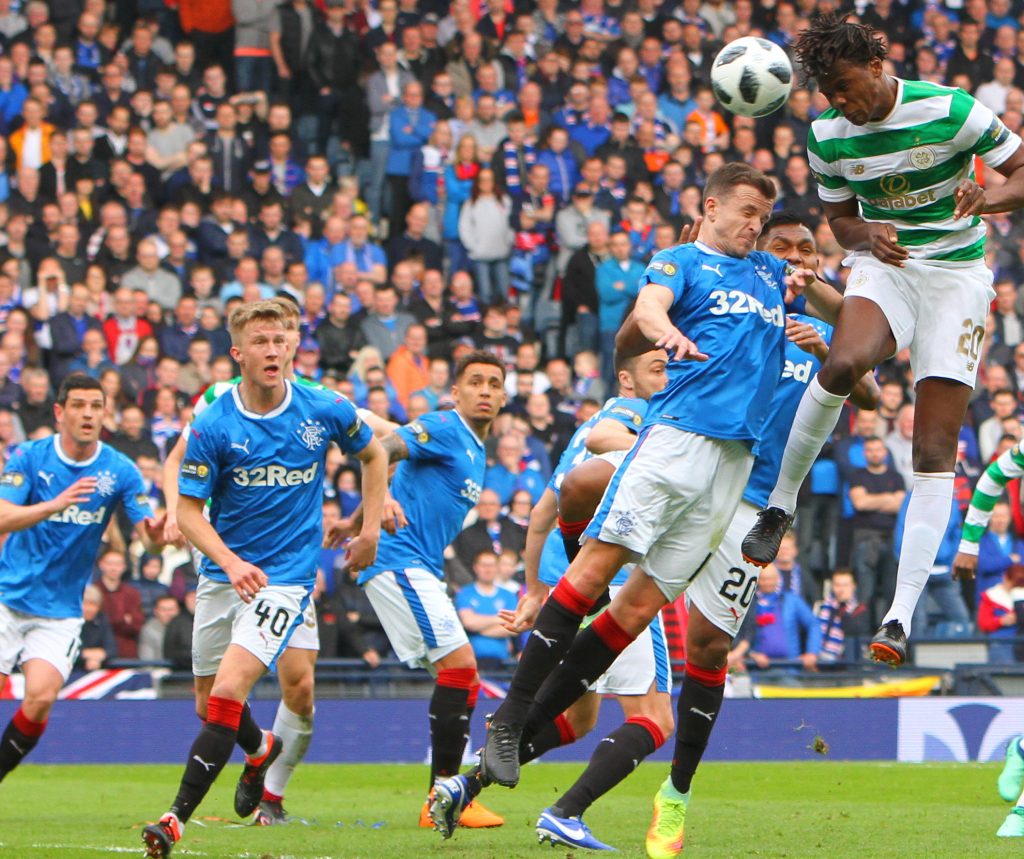 RISE AND SHINE…Celtic defender Dedryck Boyata is head and shoulders above his Ibrox opponents. Pictures: Geo.

He asked: “Why would he hang around?

“This is a guy who went to Rangers as head development coach to try and further his coaching career, to build and gain experience.

“He is then launched in at the deep end. What has happened in the last week, you can see it is a toxic place.

“He’s not been backed from the hierarchy, then for the players to turn with the whole suspension thing this week tells its own story. He has been undermined.

“There is no way back. Why on earth would he want to stay there and see players around who have let him down? If that was me, I wouldn’t want to go anywhere near the place.

”Do I think Rangers are in danger of missing out on Europe? Yes, I do, but it is still in their hands. I mean one result at the weekend, one performance and everything has unravelled.

“This is the same group of players who at times this season have performed okay, but you just wonder when everything is thrown into the mix how Rangers are going to respond.

“They have to respond. but with the turmoil that has been there this season you wouldn’t put anything past them.”