AN UNKNOWN band struck the right chord with rocker Rod Stewart – thanks to Celtic TV.

The megastar became obsessed with a backing track he heard on the club’s offical television channel while viewing the champions training at Lennoxtown.

Stewart enjoyed the music so much that he used the instrumental for a song on his latest album.

And then the Hoops-daft singer, 74, and set about attempting to discover who was behind the music that had caught his attention. 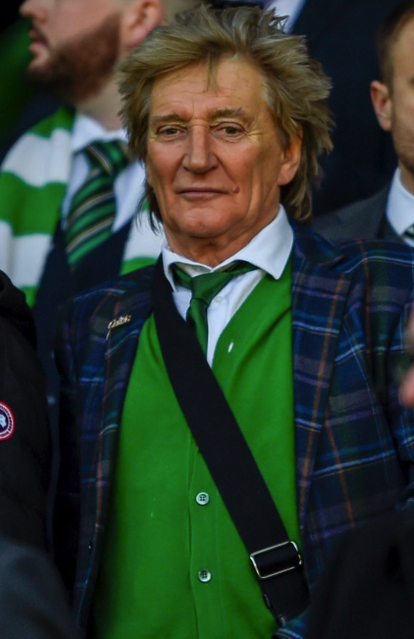 PARADISE…Rod Stewart among the Celtic fans.

He found out the song was written by 54-year-old Glaswegian John McLaughlin, who had quit performing more than 30 years ago.

And he invited McLaughlin and his band – Johnny Mac & The Faithful – to join him on his stadium and arena tour over the summer.

Rod, speaking to the Daily Record, explained: “I was watching the boys coming out to train on Celtic television. There was a backing track, no vocal, just an instrumental. I was looking for who wrote it. I turned it into a song called Julia on the last album.

“We searched for a year. It turned out to be Johnny Mac and a friendship was born. He said he had a band and he’d like to do more gigs. 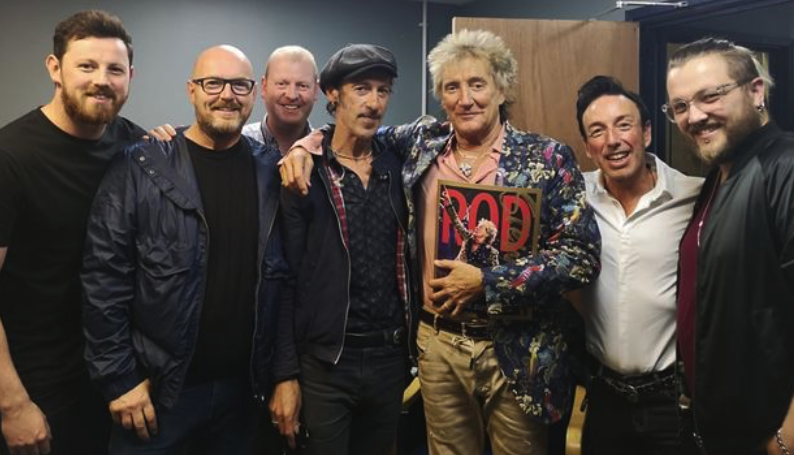 Johnny – who penned hits for Westlife and Busted after “retiring” – added: “I chucked playing in bands when I was 23 after supporting Wet Wet Wet because I realised I wouldn’t get a record deal. I decided to start writing songs for other people.”