Celtic Quick News on News Now
You are at:Home»Latest News»‘MY AIM IS TO CONTINUE TO DEVELOP,’ ADMITS AJER
By CQN Magazine on 18th January 2018 Latest News

CELTIC teenager Kristoffer Ajer admitted he has lots to learn in his new role as a central defender.

The Norwegian Under-21 international, who has been converted from a midfield role, played the last four games of 2017 alongside Dedryck Boyata in the heart of the Hoops rearguard.

Ajer, 19, is enjoying his best run in the first team since joining the club from FK Start 18 months ago after spending last season on loan at Kilmarnock.

He said: “It was a positive December. I played a lot of games and the manager places good faith in all of his players, so when he puts you in, you know your job.

“When you get your chance for Celtic you have to grab it. It’s one of the biggest clubs to play for, so I’m really happy to be here now. 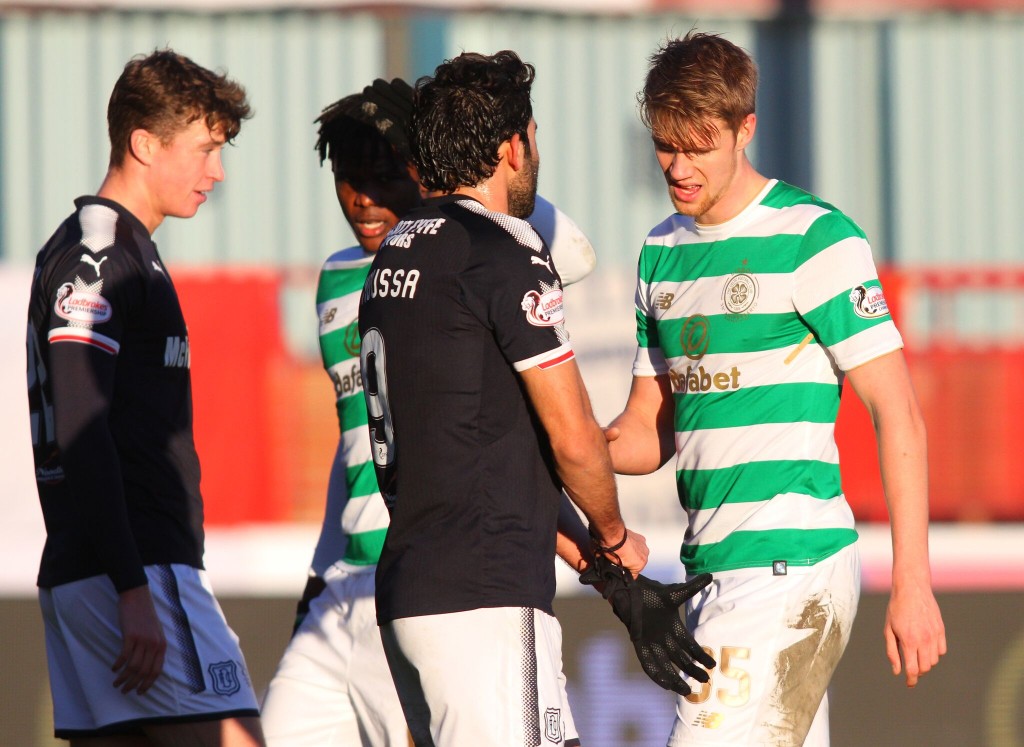 “I’m developing really well here. First, in the the loan move to Killie, when I got a bit of game-time, then I came back feeling stronger and more ready to play.

“I was a midfielder when I signed for Celtic, but I always knew the position I could go furthest in was centre-half.

“Since day one at Celtic. the gaffer has always said I should play centre-half and I’ve really agreed with him.

“The manager has been brilliant, as have the rest of the staff. They’ve helped me a lot.

“It’s a new position for me. I know I’m still young and a lot to learn. When you play for Celtic you have to take it one game at a time and perform at every opportunity.

“I’m just looking forward to the next game. We want to start well in the second half of the season.

“I don’t know what the starting XI will be on Saturday, but I’ll always do my best in training.