CRISTIAN GAMBOA has made only three appearances for Celtic this season – but he is still hoping to be included in Costa Rica’s squad for the World Cup Finals in Russia in the summer.

The 28-year-old right-back, signed by Brendan Rodgers for £1.2million from West Brom in August 2016, hasn’t featured in any of the Hoops’ last five squads, despite Mikael Lustig serving a one-match ban.

Gamboa, who still has more than a year to run on his contract, made 21 appearances in his initial season at Parkhead, but has rarely featured this time out.

He has set his sights on playing for his national side when they go head to head with Brazil, Switzerland and Serbia in the summer soccer spectacular.

The defender said: “It is a difficult situation and it is not ideal.

“But, I just have to make sure I am fit and I am ready for the World Cup.

“The good thing is that I know Costa Rica trust me a lot. I have played 60 odd games for them and the manager knows I have experience of playing in a World Cup.

“I can only take what Celtic give me and, hopefully, be ready.

“The World Cup is a massive thing for me and that’s why I’m doing all I can. I cannot demand to play in every game as that is not my decision.

“That’s why I have being doing extra sessions after training. I have brought a personal trainer over from Spain to help me. 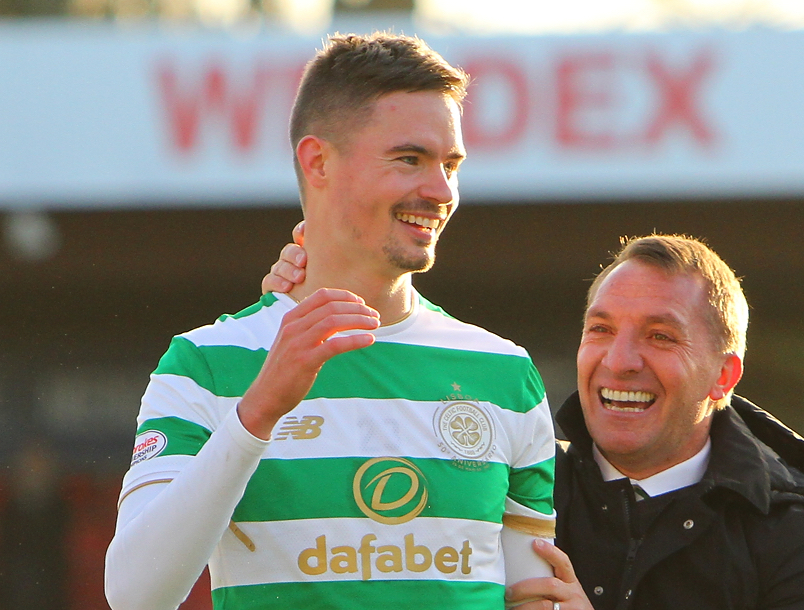 “I need to think about myself now. I have been doing a lot of extra work in the gym because I know that situation at Celtic.

“It is difficult for me because they are winning every weekend.

“The quality of training at Celtic every day is very good, but you still need extra and you need to find this by yourself.”

Gamboa added: “I have spoken to the manager and he understands the situation.

“I also understand his situation. He has Mikael Lustig and now Jack Hendry, who can also play right-back.

“I need to take care of myself. If they need me, then I have to be ready. I’m just waiting.

“Celtic is a big club and sometimes you have to accept these decisions. I can’t say it is good or it is wrong.

“I’m happy to be part of a great club like Celtic and they give you the opportunity to win trophies.

“My aim is just to finish the season well with Celtic. It would be nice to finish with another treble. A double treble would be good.

“For now, I just want to concentrate on getting to the World Cup and then see what happens.

“I suppose if I could win three medals and play in Russia it would still be a good season.”