Celtic Quick News on News Now
You are at:Home»Football Matters»‘MY DEBT TO RONNY,’ McGREGOR
By CQN Magazine on 24th April 2016 Football Matters
CALLUM McGREGOR hopes to dedicate the next five games to outgoing Celtic boss Ronny Deila.
The 22-year-old midfielder was given his big break in the Norwegian’s first game when he played and scored the only goal in a Champions League qualifier against Reykjavik.

McGregor admitted: “There’s apprehension about who’s going to come in. Ultimately, though, we have to win the league, first and foremost. 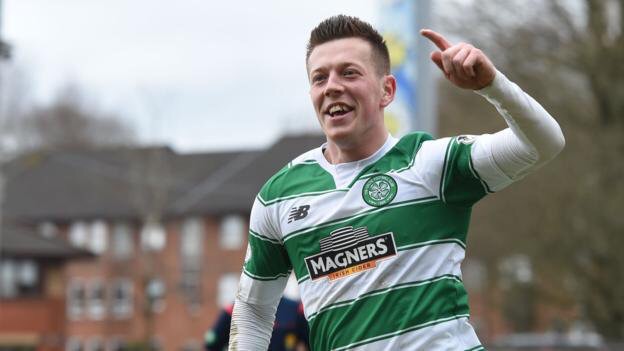 “But now you’re playing for places for next year as well, you’ll have to put some performances in.

“Someone will be watching so, as much as we need to win five games, everyone will have it in the back of their mind that there will be a new manager coming in to impress.

“Ronny has been great for me. I have a lot to thank him for. He put me in the team to start with, showed faith in me and has been good on and off the pitch.

“So, it’s disappointment we feel – not just for him, the players know as a group we didn’t perform in some of the big games.

“It’s disappointing the manager takes the brunt of that.

“But I still want to be here. so it’s important for me to kick on now and make an impact.”

He added: “Yeah, that is a possibility. There is an argument for consistency, that if you put
out the same 11 players every week they will have a very good idea of what they are doing and what they are being asked to do.”

McGregor, who squandered a crucial penalty-kick in last week’s Scottish Cup semi-final spot-kick shambles, could get the nod to play against Ross County at Parkhead this afternoon.
A win over the Highlanders will give the Hoops an ELEVEN-POINT advantage over Aberdeen as they zero in on their fifth successive title triumph.