Celtic Quick News on News Now
You are at:Home»Football Matters»‘MY ONE REGRET,’ RODGERS
By CQN Magazine on 29th May 2017 Football Matters
BRENDAN RODGERS revealed one regret after Saturday’s Scottish Cup triumph over Aberdeen had completed an epic treble in a history-making campaign.
The Celtic boss said: “I think of my mum and dad today. I wish they were here.”
Christine Rodgers died in 2010 while Malachy, his father, succumbed to cancer shortly afterwards.With emotion in his voice, Rodgers said: “My two older kids, unfortunately, couldn’t make it to Hampden, either.
“But today I think of the wider Celtic family and most of all of the players and the supporters.”
Tom Rogic’s wonderful solo goal in stoppage time sealed the treble – and the Wizard of Oz was even praised by beaten Dons gaffer Derek McInnes.
Sportingly, he said: “It almost felt like two boxers slugging it out. It went from end to end, both goalkeepers had good saves.
“Sometimes it comes down to a lucky punch, a top punch or a class punch. That’s where Rogic came in.”It was a magnificent piece of skill at that stage in the game. Unfortunately, we had opportunities to score the second goal and didn’t take them.”
CQN’s tribute to Brendan Rodgers t-shirts are now on sale. See below for the front and back designs. You can order yours HERE. 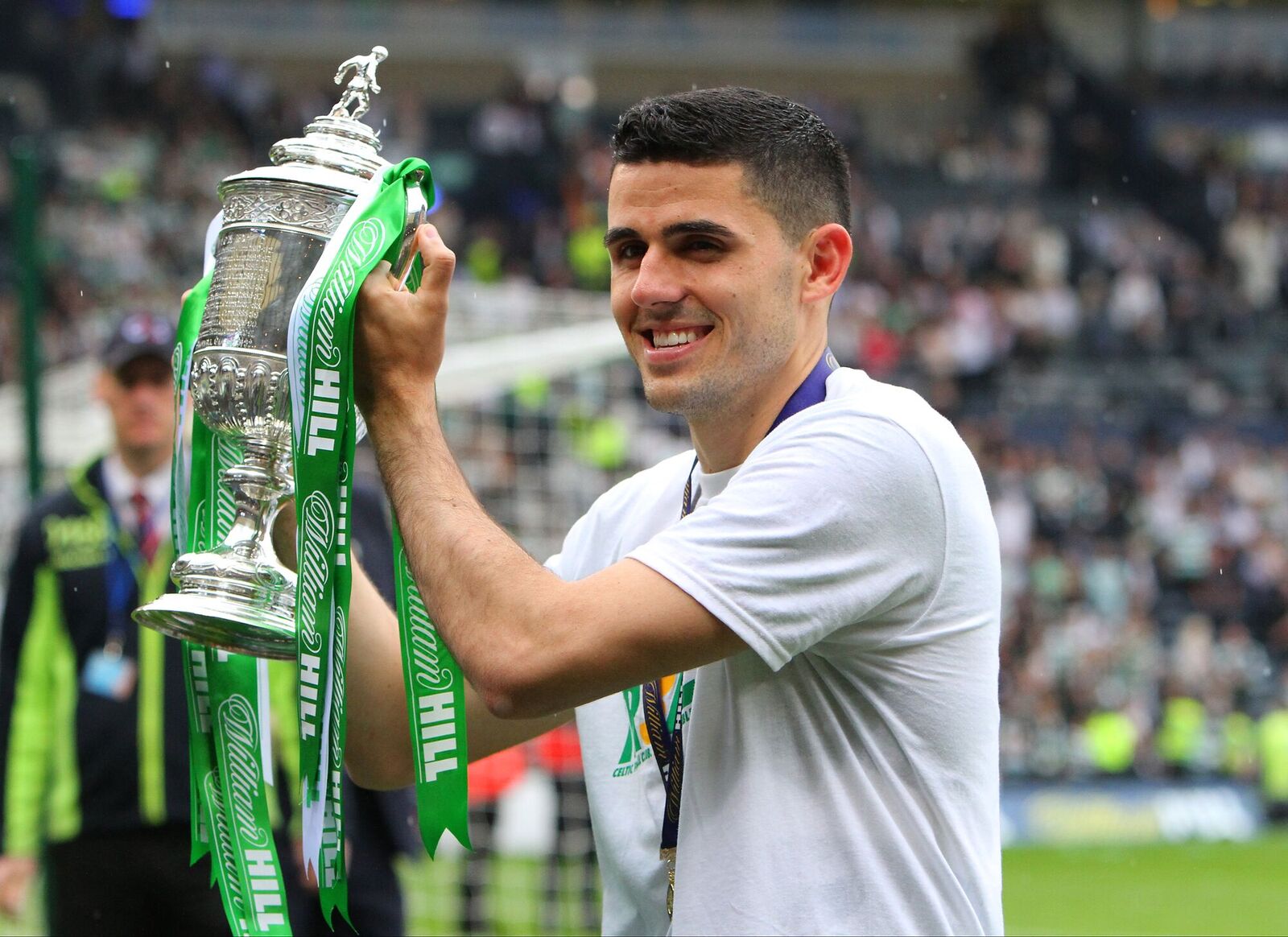