Celtic Quick News on News Now
You are at:Home»Latest News»‘MY SCARY HAMPDEN MOMENT,’ McGREGOR
By CQN Magazine on 29th May 2017 Latest News
CALLUM McGREGOR admitted it was a “scary” moment when he gave the ball away in the second-half and saw Jonny Hayes race away.
With the game tied at 1-1, the makeshift left-back, moved into the position to take over from the injured Kieran Tierney, was horrified when he was dispossessed by the pacy Irishman.
Aberdeen continually targeted McGregor in the unaccustomed left-back position and the on-form Celtic midfielder put in an excellent shift, but with one blunder that could have proved costly. He took too long deciding how to deal with a poor pass from his skipper Scott Brown and the pacy Aberdeen danger-man took advantage.
McGregor watched helplessly as Hayes hared towards the Celtic goal only to play his pass behind the waiting Kenny McLean when a second Dons goal seemed a certainty. 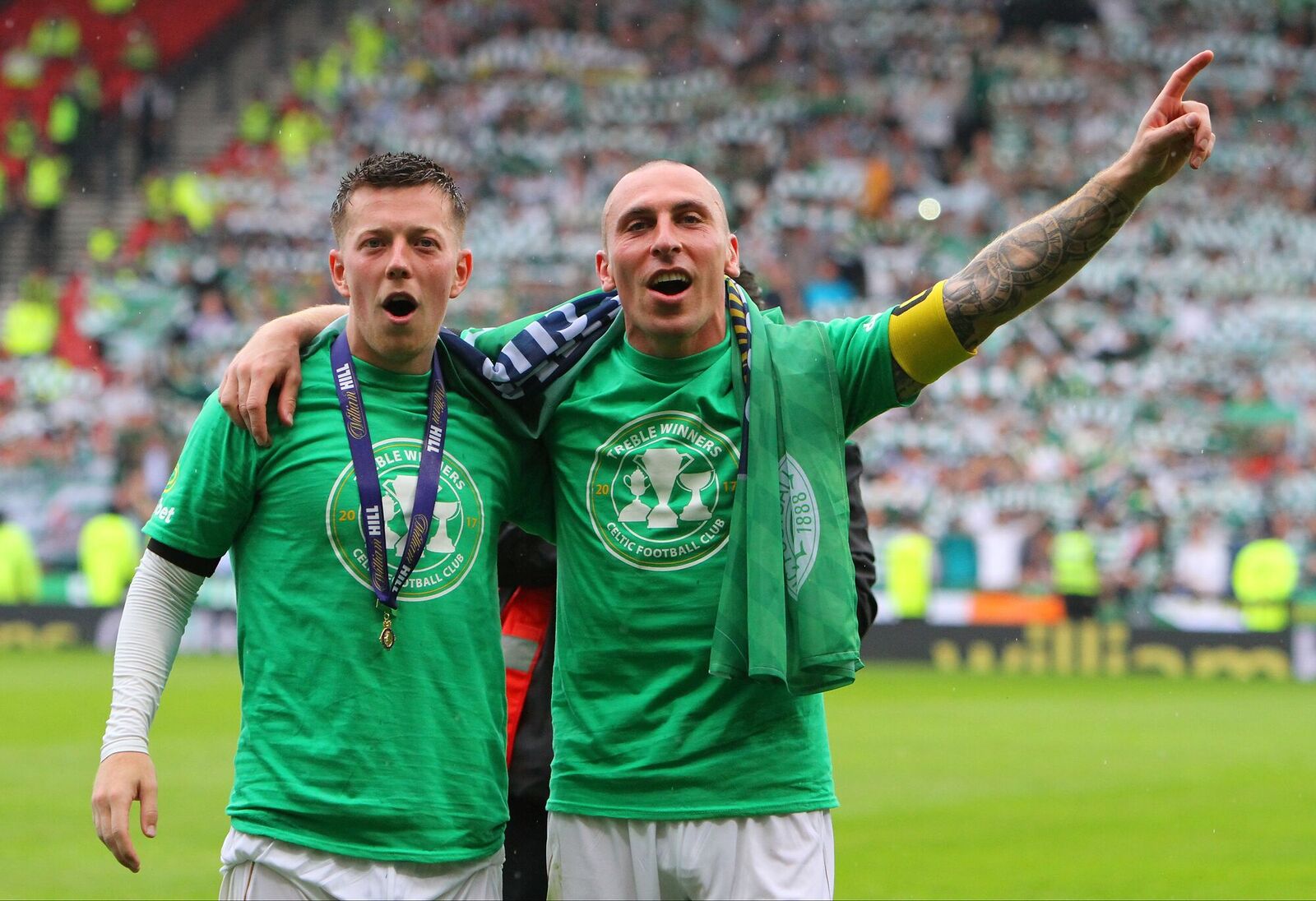 The 23-year-old Hoops midfielder said: “It was a pretty scary moment, aye!
“Normally when you make a mistake like that you get punished for it – but, thankfully, this time we didn’t.
‘To be fair, I think that was one of the only breakaways they had in the second-half.’It is hard to explain that one. You just think you have more time than obviously you’ve got.”But, look, I’m delighted that we got the treble. All the boys were buzzing.
“I think the 50th anniversary (of the Lisbon Lions) was inspirational. It has been an emotional week for the club, with obviously the show on Thursday night.
“I think it was in the players’ minds that we had to go and give the fans another night like that. So to go and do it is special.”You are writing yourself into the history of Celtic Football Club – and you know how big that history is. So it really is special.”
You wonder if Charlie Nicholas is at this moment saying, “I’m just sitting here thinking how could Gordon Strachan leave Callum McGregor out of his Scotland squad for the England match.”
CQN tribute to Brendan Rodgers is on sale now HERE, check out the front and back designs below.