I confess to having a vested interest in this book. Two or three years ago the author Paul John Dykes contacted me to verify a point of information about Neil Mochan’s Celtic career, and he told me he was writing a biography of Neil.

I was highly pleased, and intrigued.

Intrigued, because nobody had ever got round to writing about Neil Mochan, a life-long Celtic man who joined the club as a player in 1953 and who, after retiring, returned to Celtic Park in the 1960s as a trainer (at Jock Stein’s insistence), and who was one of the manager’s most trusted lieutenants during ‘the glory years’. 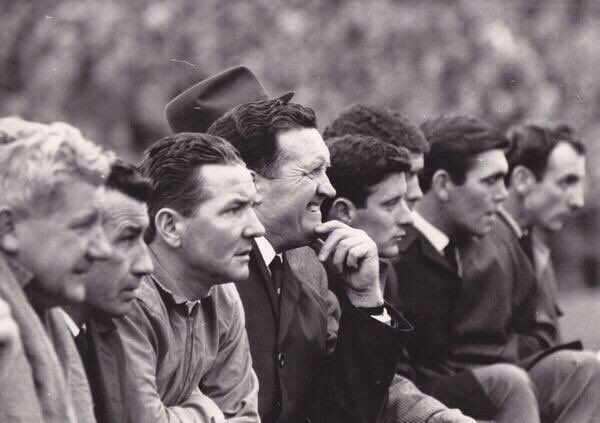 What stories he could tell!

Pleased, too – because Neil was a genuine Celtic man and surely more deserving of recognition than other more flamboyant characters who spent a season or two basking in the spurious glare of publicity at Celtic Park.
Who deserves a biography?

Certainly the super stars do … but only if their lives and times were interesting. 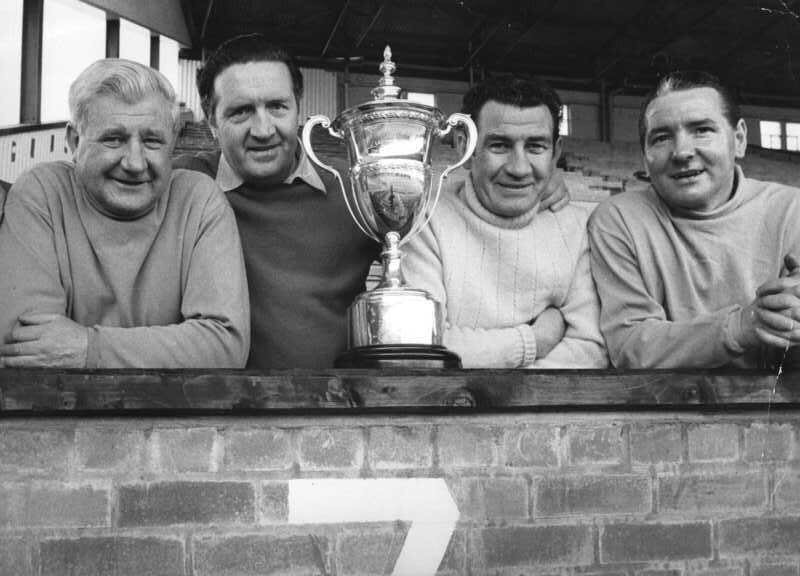 And probably cult-heroes, men who have somehow touched the hearts of the supporters with their character and skill (although in some cases a lack of skill might be a more accurate description).

Personally, I sometimes wonder at the authors’ choices of fringe players unless these men are articulate and intelligent enough to keep themselves out of the narrative and concentrate on their more celebrated colleagues. 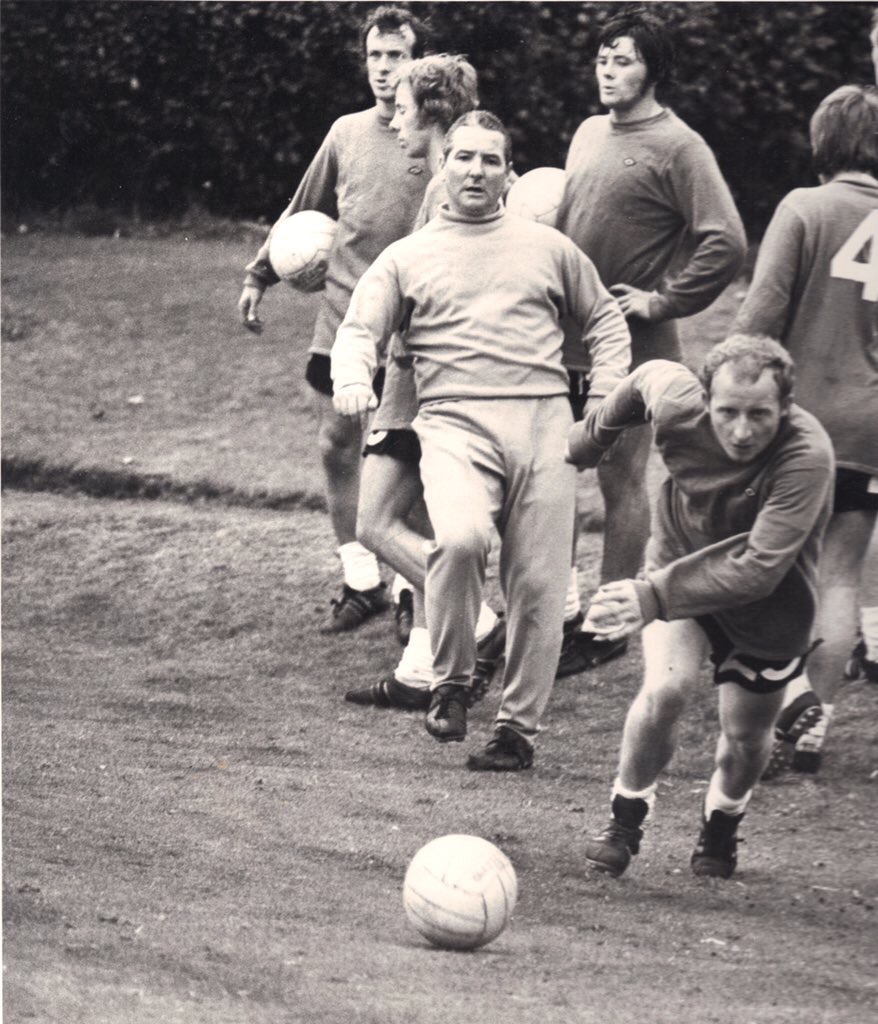 But that does not mean he was not a major player, either on the pitch or in later years in Celtic’s back-room.

It was Homer who originated the dramatic device of starting a story not at the chronological beginning but at a later high point in the action … and Paul John Dykes does that superbly in ‘Celtic’s Smiler’. He describes a young Neil Mochan in 1950 playing at Celtic Park on the first day of the league season, and surprising everybody with three well-taken goals. It was a typical performance by a natural goal-scorer, and a herald of things to come for a player performing in the hoops.

I admit that I (who have a fair knowledge about Celtic’s history) felt uneasy as I was reading this opening chapter feeling that the author had lost his way, that his facts were wrong … but, by a masterful sleight-of-hand, Paul John Dykes won me over. (And it would be unfair to reveal exactly how). 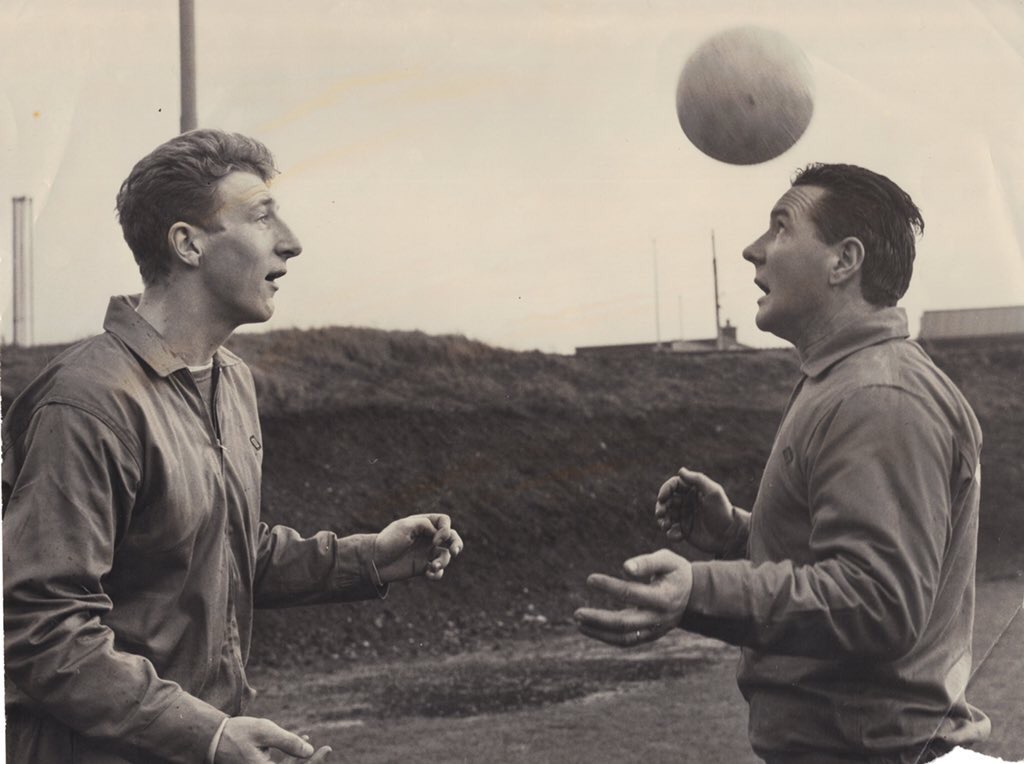 From that moment I was hooked.

Typical of a conscientious, detailed biography, shortly afterwards, the author describes the subjects’s youth and upbringing in the village of Carron where the Mochans constituted a large, typically Irish immigrant family. This is not mere background information; it provides insight into the basis of Neil Mochan’s character and values.

And there is interesting material about Neil Mochan’s early career too … and it is clear to me that the author has traced that career with commendable diligence. He has done the leg-work: spoken to family members, interviewed contemporaries, checked the newspapers and football magazines … 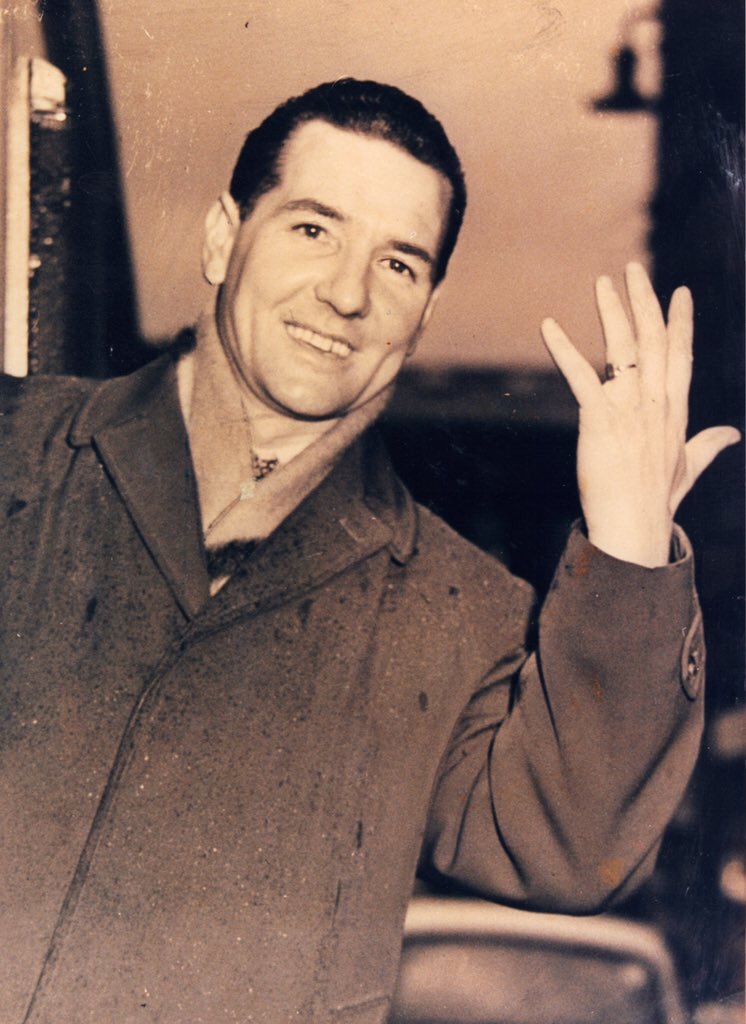 The result is a compelling read.
Concentrating on this book, I have a personal admission to make. I am a voracious reader, and I read very quickly. In addition, I have exacting standards and have to confess that many sporting books I have been unable to complete reading: lack of interest for the reader, frustration at errors In fact, or awkwardness in style or language.

That was not the case with ‘Celtic’s Smiler’.

I read it at one sitting, and that is surely a clear indication of its worth. Perhaps even more noteworthy is the fact that about a week later I re-read it cover to cover … and appreciated and enjoyed it even more. I should add that these two readings were for simple enjoyment; it is only recently that I was asked to review it. 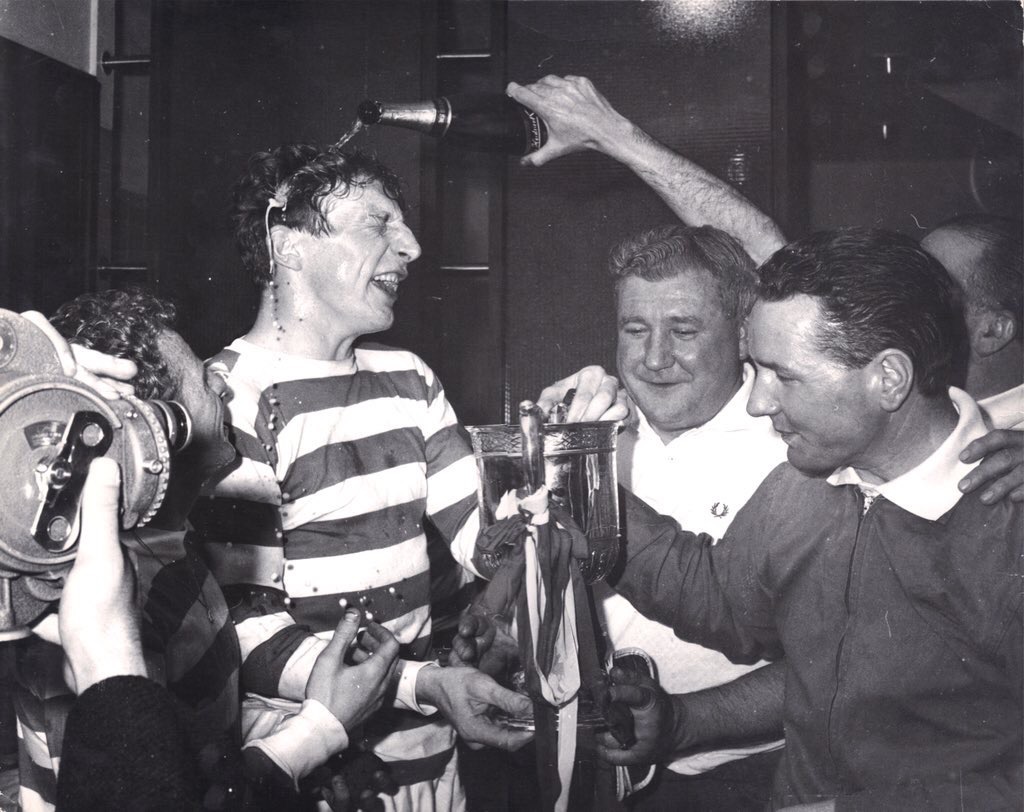 Some books are described rather patronizingly as “a labour of love”. This biography is more than that, imbued as it is with a fondness for the subject, a man appropriately nicknamed ‘Smiler’. It is an honest book about a working-class ‘hero’, a boy born and raised in Carron and who parlayed his skill and enthusiasm for football into a decent (no, an admirable) career.
Paul John Dykes traces every aspect of that career commendably, and avoids the obvious temptation to deal exclusively with Neil’s Celtic career (although that would have been enough for a book in itself). Think of that career: signed for Celtic on the eve of the Coronation Cup in 1953, a key member of the double-winning side of 1953/54, a player at Scotland’s ill-fated 1954 World Cup expedition, a scorer of two goals in Celtic’s 7-1 triumph over Rangers in 1957, a steadying influence on ‘Kelly’s Kids’ throughout that barren spell … and then his return to Celtic Park as trainer to be re-united with Jock Stein… 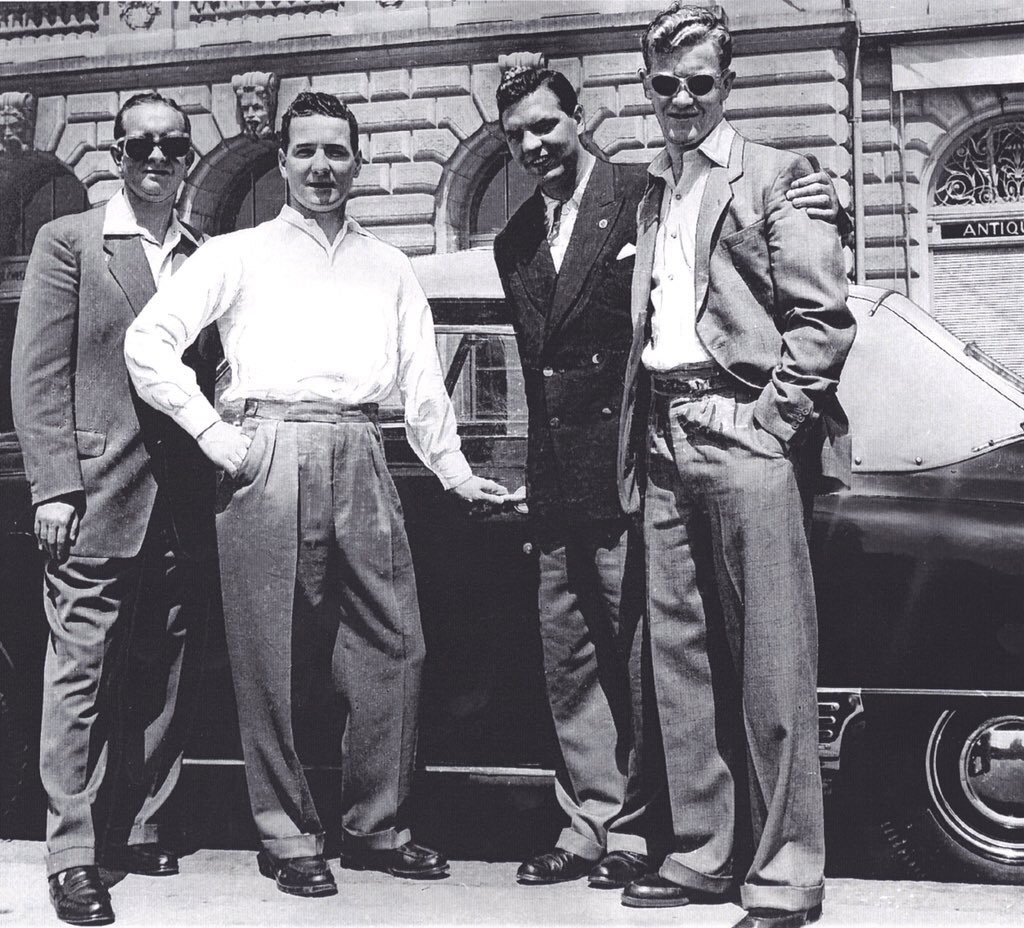 Arguably, the three most memorable matches in Celtic’s history are as follows: the 7-1 League Cup final win in 1957, the European Cup final at Lisbon in 1967, and the 4-2 title-clinching win over Rangers at Celtic Park in 1979. Neil Mochan, a true Celtic man for more than forty years, was there (and played a vital part) in all three: as a player in 1957, as the trainer in 1967, and as kit-man in 1979.
Paul John Dykes deserves our thanks (and congratulations) for making us remember Neil Mochan.

*CQN Bookstore has a very limited number of copies of this hardback book available. You can order HERE or click the cover below.Price is £18.99 plus p&p. 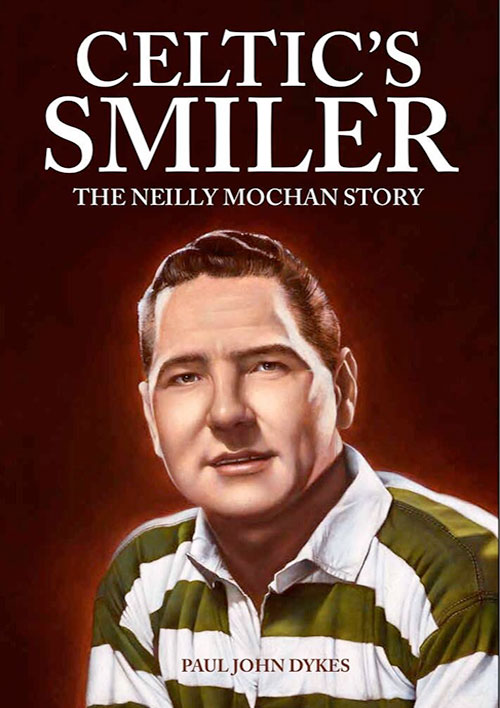