Best wishes to Neil Lennon is his new role as Hibernian manager. Without wanting to be impolite about Alan Stubbs, Hibs have traded-up in getting a manager of international repute and experience at the highest level of the game.

Neil is a talented coach who got unlikely results across his Celtic career. He’ll bring Hibs up next season and establish a platform to rebuild the club.

Best wishes too to fellow Irishman Anthony Stokes, who left the club yesterday six years after joining from Hibs. The best of Anthony was there for all to see at the Scottish Cup final. He’s still only 27 and, should he find the appetite, he should still have a few good years in the game. His Celtic ‘thing’ finished years ago.

Celtic legend, Charlie Gallagher, will be signing copies of his autobiography at Waterstons, East Kilbride, this Saturday (11th) from 2pm, and 2pm the following Saturday (18th) at Waterstones, Braehead. Get along to see him!

Good luck to all involved in the Green Brigade Anti-discrimination tournament at James McGrory Park on Saturday. If you’re not in East Kilbride, get along. 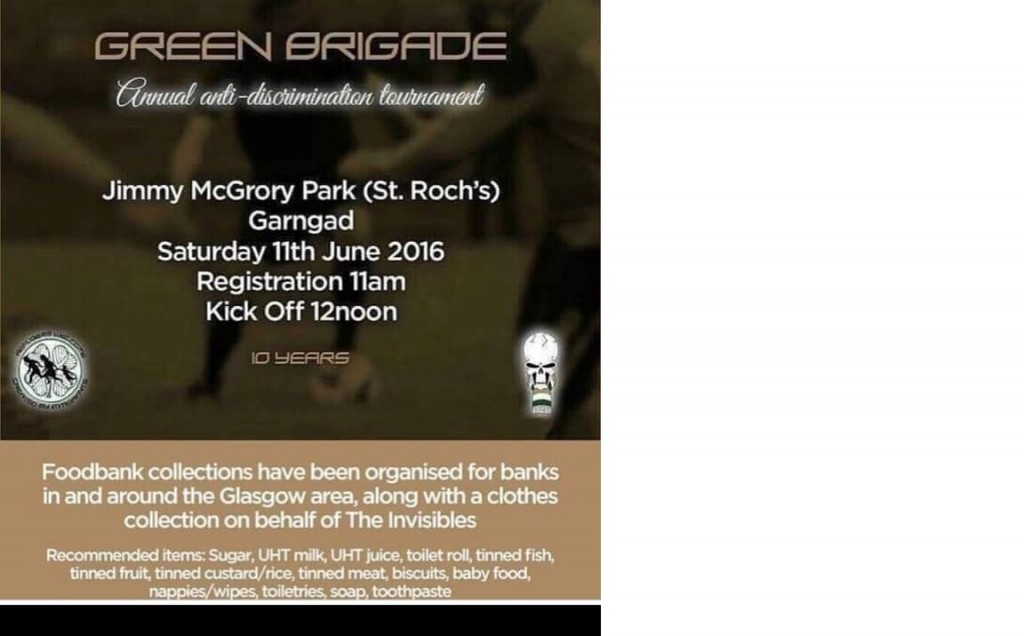