Celtic Quick News on News Now
You are at:Home»Football Matters»NEILSON WARNS OF CELTIC HAMMERING
By CQN Magazine on 24th September 2015 Football Matters
HEARTS boss Robbie Neilson has admitted his team faces a hammering against Celtic – if they defend the way they did in last night’s 3-2 League Cup win over Kilmarnock.
The Tynecastle outfit twice came from behind before claiming a dramatic victory with a last-minute strike from Sam Nicholson at Rugby Park. 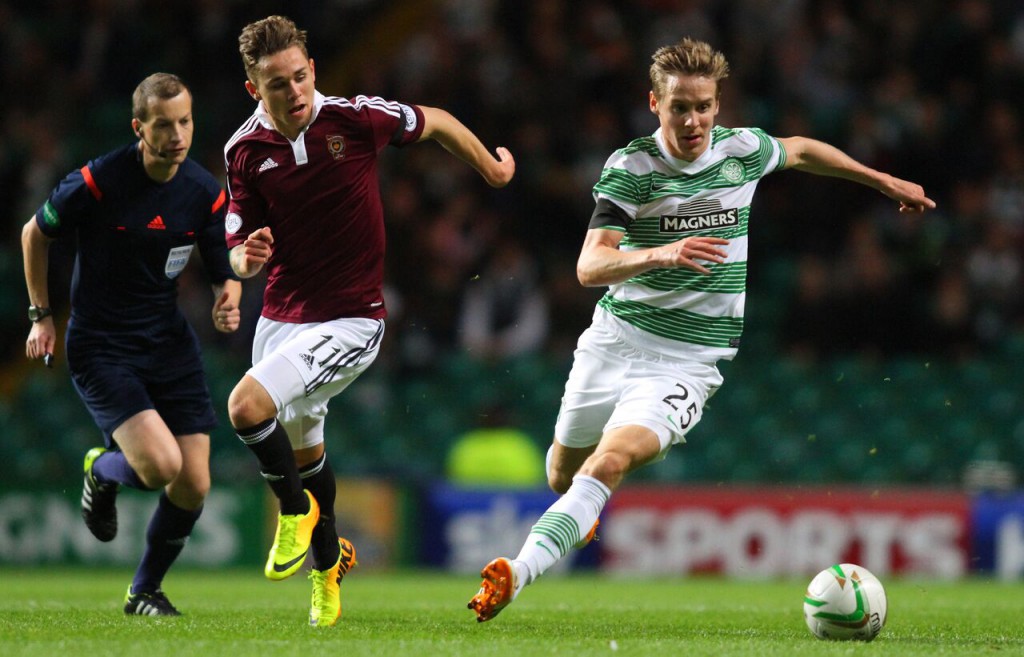 But Neilson has genuine concerns as he prepares to take his team to the east end of Glasgow for a Saturday showdown with Ronny Deila’s SPFL champions.
The worried gaffer said: “We can’t think of the quarter-final – we’ve got a trip to Parkhead to think about first and if we defend as we did at times tonight then we’re in trouble.

“This game is over. Preparations started for the Celtic match right after this one.

“The players get food and drink down them, sleep and then we focus on Parkhead. That would have been the same if we had won or lost.

“We shouldn’t be coming to Rugby Park and having to score three goals to win, but to get the third was fantastic and it showed great spirit.

“It helps us a little bit going to Parkhead on Saturday and we didn’t have extra time which was always the worry.

“I always thought we would get back in the game and, at least, get extra time. Even at the start of the match we played well and passed it well, but lost a poor goal from a cross into the box. 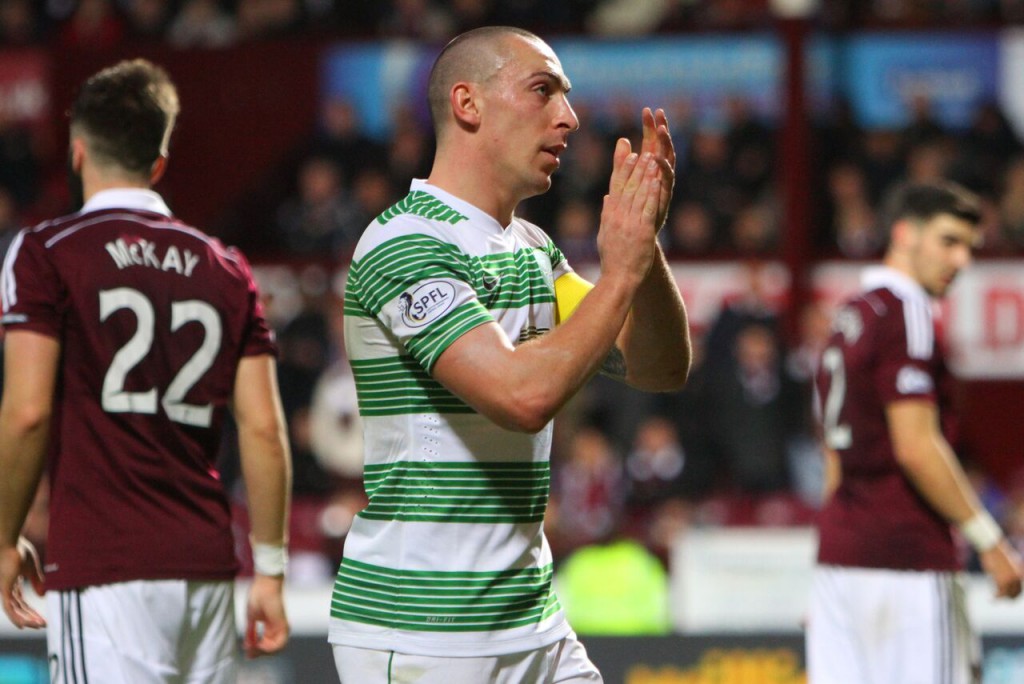 “In the second-half, we played some nice football. We eventually scored and then they went up the park and we conceded another bad goal. But credit to the boys for getting the winner.”

Hearts, who ran away with the Championship title last season, played the Hoops in the Scottish Cup in Edinburgh on November 30 last year and collapsed to a 4-0 defeat. This followed an earlier exit at Celtic Park in the League Cup when Celtic won 3-0.
Two of Celtic’s three marksmen that afternoon at Tynecastle (where the pics used in this feature are from) are no longer at the club. Virgil van Dijk, now with Southampton, netted two while on-loan John Guidetti claimed one. He joined Celta Vigo in the summer. Anthony Stokes claimed the other.
Celtic go into Monday’s League Cup quarter-final side along with the Tynecastle men, Hibs, St Johnstone, Dundee United, Ross County, Inverness Caley Thistle and Morton.
Here’s a nice image of the Celtic support doing the huddle at Tynecastle last season… 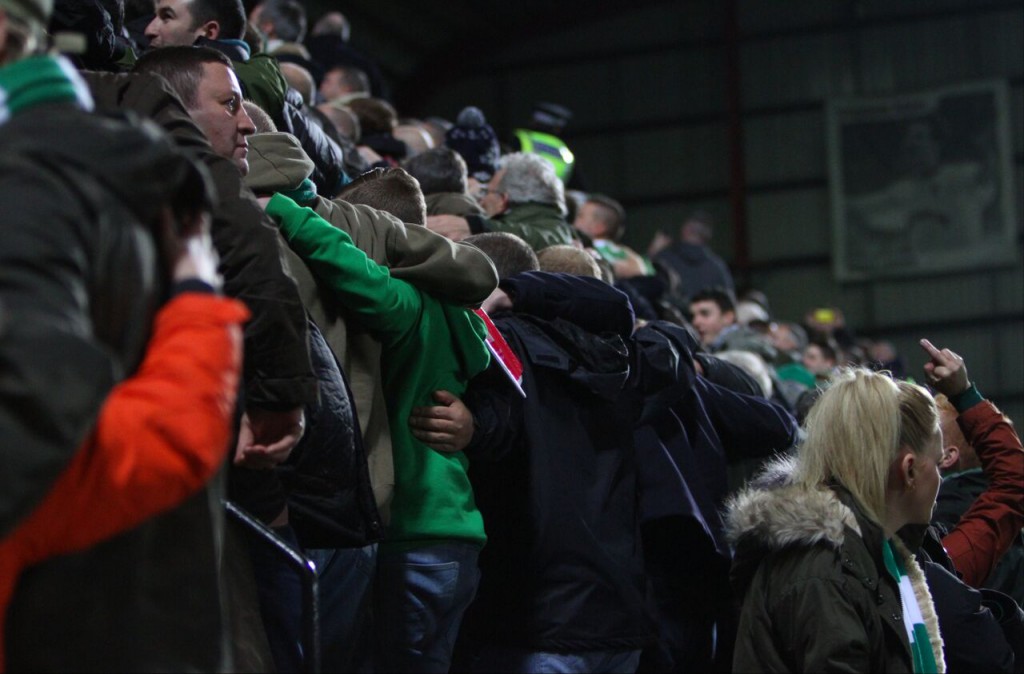