Celtic Quick News on News Now
You are at:Home»Football Matters»NESBITT AGREES NEW CELTIC DEAL
By CQN Magazine on 22nd October 2015 Football Matters
TEENAGE strike sensation Aidan Nesbitt has agreed a new three-and-a-half-year deal with Celtic.
The forward, who netted four goals in the 6-1 European Youth League aggregate victory over HJK Helsinki, has already made a fleeting first team appearance this season.
And he’s delighted to have committed his future to the SPFL champions. 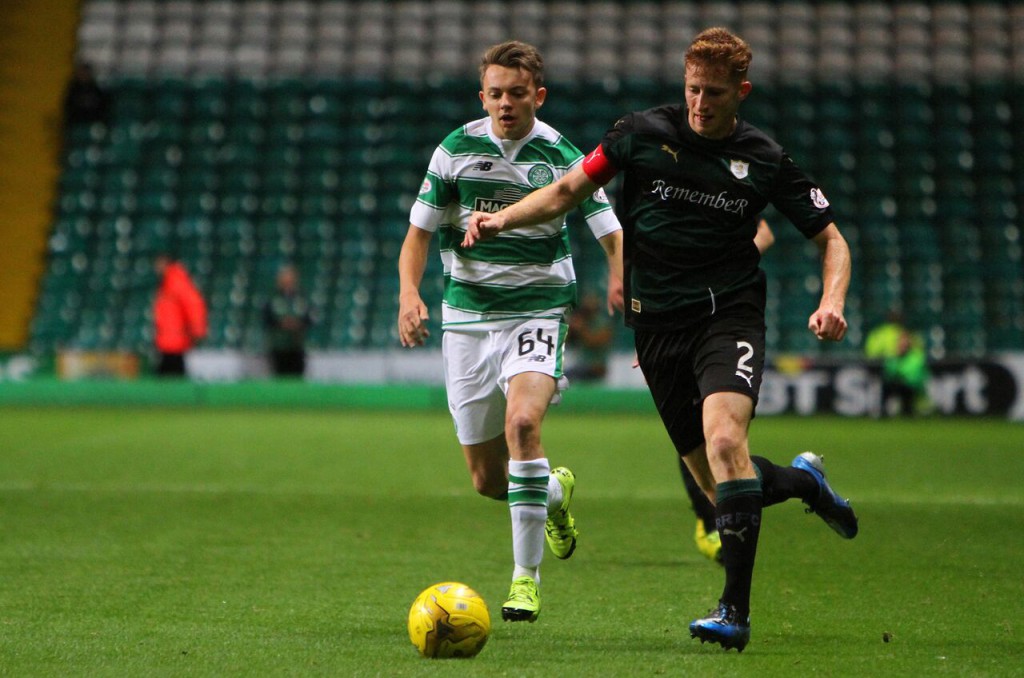 He said: “It’s a great feeling. This takes me to 2019, so it gives me plenty of time to keep developing and getting better and, hopefully, becoming a good first team player.
“Since I joined at the age of eight, I’ve learned so much about football and so much about myself, and I hope I’m here for another 10 years learning more along the way.”
Ronny Deila has told the youngster he has great potential, but has to continue working hard. Nesbitt said: “That’s exactly what I’m going to do.”
The 18-year-old attacker replaced Nadir Ciftci, the £1.3million buy from Dundee United in the summer, during the 2-0 League Cup win over Raith Rovers at Parkhead last month.
Nesbitt added: “It might only have been five minutes, but it’s something that I’ve been working towards my whole life.
“It was absolutely incredible for me. I hope I can get as many minutes and games as I can and I’m just developing myself every day to do that.”