LIAM SHAW has revealed he followed his dream to sign a pre-contract agreement with Celtic.

The 19-year-old Sheffield Wednesday midfielder has agreed a four-year deal with the Parkhead side, a switch that has left the Yorkshire club unhappy and ordering an investigation, as CQN reported yesterday.

Shaw, though, will be a Hoops player in the new campaign and the versatile 6ft-plus performer, who can also play in central defence, is hoping to hit the ground running at his new team when he sets out on his fresh adventure in the summer.

The exciting prospect posted on Twitter: “I based my decision purely on the football aspects. By joining Celtic next season, I will fight for a place in a team challenging for titles, trophies and to play in Europe, which is something I’ve always dreamed of.” 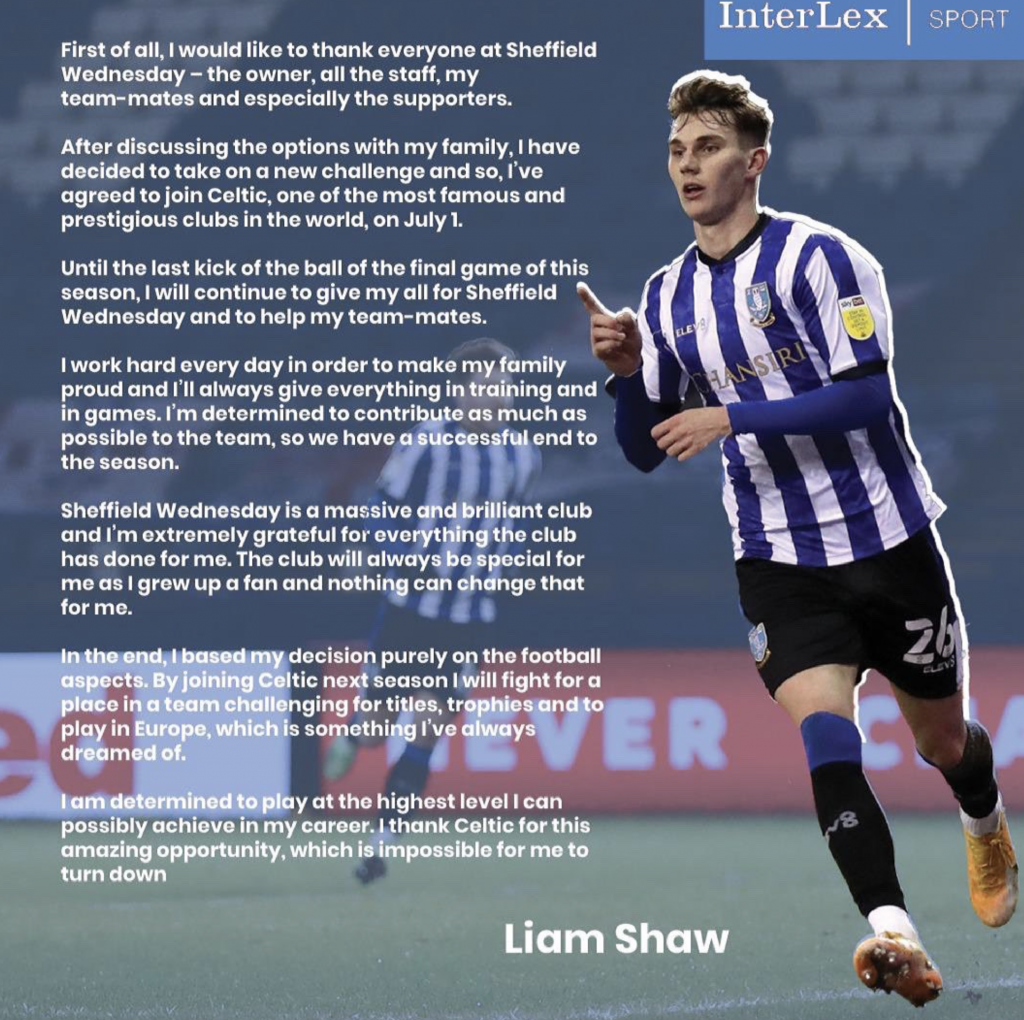 Earlier, Shaw had said: “I would like to thank everyone at Sheffield Wednesday – the owner, all the staff, my teammates and especially the supporters.

“After discussing the options with my family I have decided to take on a new challenge and, so I’ve agreed to join Celtic, one of the most famous and prestigious clubs in the world on July 1.

“Sheffield Wednesday is a massive and brilliant club and I’m extremely grateful for everything the club has done for me.

“The club will always be special for me as I grew up a fan and nothing can change that for me.”

Celtic are also keeping tabs on Wigan’s teenage striker Kyle Joseph who is also on the brink of a switch across the border.