NEW Bhoy Filipe Jota admits his main ambition at Celtic is to win the title this season.

The 22-year-old Benfica winger agreed a season-long loan deal on deadline day and the Lisbon giants have changed their transfer policy for the deal to be made permanent if the player impresses Ange Postecoglou, as CQN reported yesterday.

However, Jota, who is valued at £6.5million, insists his focus is bringing the championship back to Parkhead for the tenth time in 11 years.

The tricky left-sided flanker, who spent last term on loan at La Liga outfit Ral Valladolid, aims to hit the ground running in the manner of his new team-mates Kyogo Furuhashi and Liel Abada who sprinted out of the blocks after their summer arrivals. 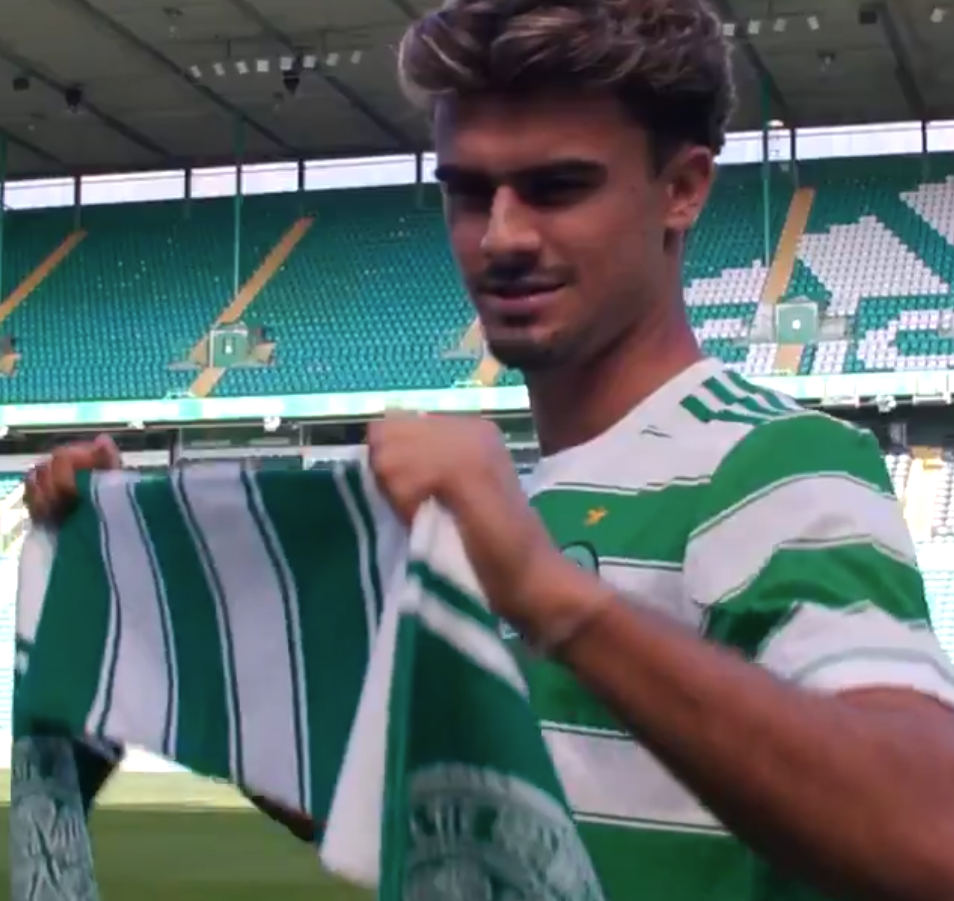 Jota, who has made 23 top team appearances for Benfica, said: “Moving to Celtic is a big responsibility because of the size of the club.

“I want to be at the level they ask of me. It’s great to be here, there are plenty of good players and good coaches with refreshing ideas. Now I want to be on the pitch with the lads and do my thing.

“I’m here to help the team and the main achievement would be the title – I’m here to win that.

“Right now I think the most important thing is to play and to keep on learning and adapting to the Scottish game. 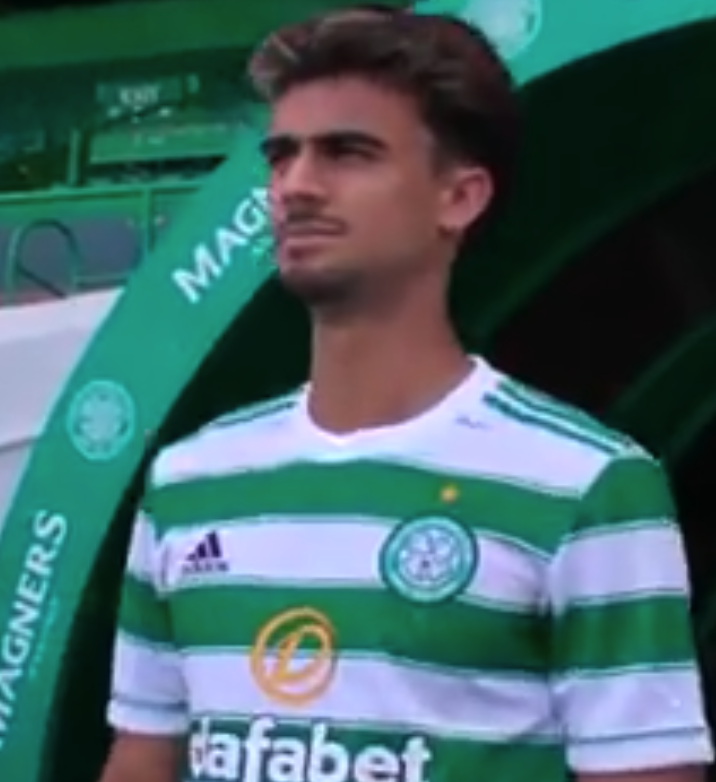 FIELD OF DREAMS…Jota looks to the future as he emerges from the Parkhead tunnel. Image courtesy Celtic TV.

“I know the terms of my loan, but I don’t want to think about that. I have to focus on my football, adapt to the game here and learn.

“Everything at the right time. First win games, title and then we speak about other things. Anything else will be discussed at the end of the season.”

Jota hopes to make his debut in the Premiership meeting with Ross County at a packed Parkhead on Saturday and, speaking to the Daily Record, added: “I spoke to my friends and family. I told them it’s an amazing place and I can’t wait to bring them to Scotland to watch the games and feel the same things that I will do.

“It’s an easy decision to play for Celtic and when I knew about their interest I couldn’t look to other things, I knew it was the right place to be.”