MOHAMED ELYOUNOUSSI insisted Celtic were out to make sure there was no Euro backlash when they took on Aberdeen at Pittodrie yesterday.

The on-loan Southampton forward netted the fourth goal in the champions’ runaway 4-0 success over Derek McInnes’ decimated Dons after the Hoops had produced a whirlwind first-half performance that blew away their opponents.

And the Moroccan-born Norwegian international admitted the team had learned a harsh lesson after the Europa League Group E victory over Cluj at the start of the month that was followed by a disappointing 2-0 collapse at Livingston.

Elyounoussi and his team-mates were out to make absolutely certain there was no chance of an action replay in the north east.

The left-sided raider, speaking to the Daily Record, said: “It was a nice win. We played well against Lazio on Thursday night, but  remembered what happened the last time after a European win when we lost at Livingston.

“Every team in the league wants to win against Celtic. Every game is tough.

“Aberdeen had fresh legs and we knew it would be difficult. 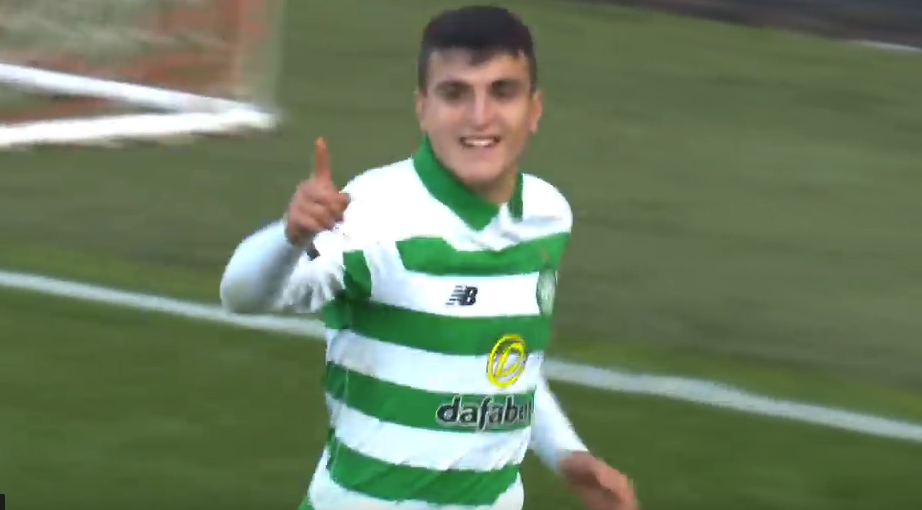 JOY BHOY…Mohamed Elyounoussi is all smiles after netting Celtic’s fourth goal against Aberdeen.

“The Livingston match was in the back of our heads, but we just wanted to win and do our best. We wanted to show a reaction and that was a  professional performance.

“We carried out our game plan and executed it well. We scored nice goals and controlled it.”

The Hoops boost their goal tally to 10 in two Premiership games following the 6-0 romp against Ross County the previous weekend to hoist their total to 32 goals from 10 games.

Elyounoussi capped off a mesmerising first 45 minutes against the Dons after Odsonne Edouard had got the ball rolling in the 10th minute, Jeremie Frimpong, with his first for the club, adding a second five minutes later before James Forrest made it three to complete a brilliant team goal.

The forward added: “The first-half performance is up there at the top, as well as Ross County. Both were good games and we just tried to do our best to please everyone and get the win.

“We created some chances, we scored quick goals and in the second-half we wanted it more.

“But Aberdeen are a tough team, they fought well and we are happy with the three points. Offensively, we have some good players and we showed some good combinations.

“Tom Rogic came in and was brilliant. He found me twice for two of the goals.

“The confidence and the team spirit is really good at  the moment.”