NEW Bhoy Greg Taylor has yet to kick a ball for Celtic since his £2.25million transfer deadline day switch from Kilmarnock.

However, his former Rugby Park boss Steve Clarke has still included him in his Scotland international squad for the Euro 2020 double-header against Russia and San Marino this month.

Taylor is one of four Hoops stars called up, including midfielders Ryan Christie and Callum McGregor and winger James Forrest.

There is no place for Kieran Tierney who has only played 77 minutes of Carabao Cup football against Nottingham Forest this season since his record-breaking £25million move from Parkhead to Arsenal in August.

The Scots travel to Moscow for the first game on October 10 and are at home to San Marino three days later. 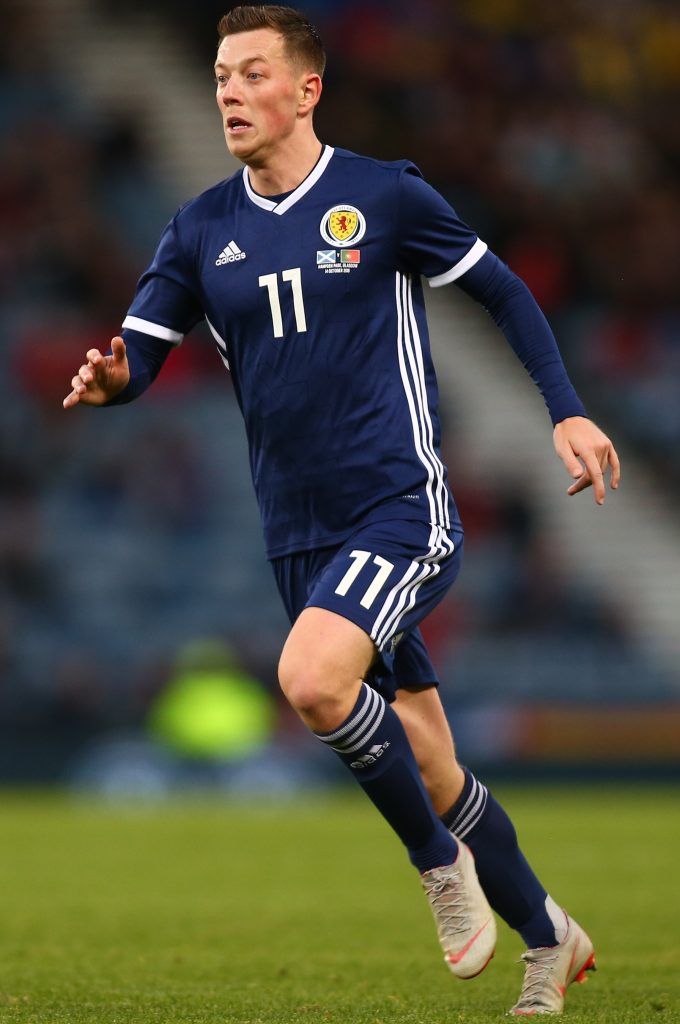 SCOTLAND THE RAVE…Callum McGregor in action for this country.

Clarke has again gone for ex-Celt David Marshall, who was blameless in the recent defeats against the Russians and Belgium at Hampden, as his No.1 keeper.

There are also places in his 25-man squad for former Hoops favourite Charlie Mulgrew, who is a team-mate of Marshall at Championship outfit Wigan these days, while ex-loan Celt Oliver Burke gets a place among the forwards.

Dundee United’s goalscoring striker Lawrence Shankland is a surprise inclusion and there is also a comeback spot for Sheffiled United midfielder John Fleck.