Celtic Quick News on News Now
You are at:Home»Latest News»NEW BHOY JOZO’S TROPHY HUNT
By CQN Magazine on 2nd September 2015 Latest News
CELTIC’S new centre-half Jozo Simunovic has admitted he will be chasing silverware in Paradise after his dramatic late-night signing for the champions.
The Croatian Under-21 defender, who quit Dinamo Zagreb in a lucrative five-year deal, made 52 appearances for his former club i the last two seasons, scoring three goals.
Simunovic said: “I am absolutely delighted to join Celtic. I know what a huge club I am joining, one of the biggest in Europe, and I know about its history and its great supporters.
“I can’t wait to get started and join up with my new team and begin my career at Celtic. 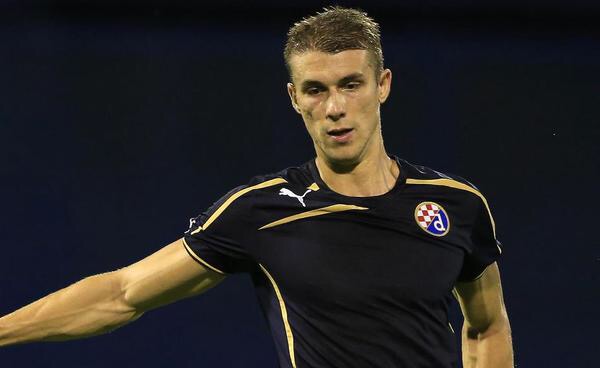 “I am looking forward to this move very much, I am desperate to get to Scotland and play at the famous Celtic Park.

“I know we have a lot to play for this season and there are many exciting times ahead, this is my reason for joining Celtic.

“I want to win things in my career and I think I can do this at Celtic. All I can promise the supporters is that I will be giving everything I have in every game to win and bring some good moments to our fans.”

Ronny Deila, who has made eight summer signings, admitted he was delighted with the deal, but insisted the club will look to strengthen again in January.

The Hoops boss said: “We are so pleased that Jozo is joining us at Celtic and I am sure he will be a great addition to our squad.

“He is a very talented young player and good on the ball, but he will also give us strength and stability in defence. I am sure he will be a success for us.

“I believe what we have done in the summer has given us a squad with real depth for the season ahead.

“We already had a strong squad going into the summer period and we have now signed eight quality players in this transfer window.

“Again, we will once again look to strengthen in the January transfer window.

“We have the resources available to do this and this is something we always aim to do, ensuring that we are as well-equipped as possible to bring our supporters as much success as we possibly can.”

———————————————————-
*We have a limited number of SIGNED copies of Caesar & The Assassin remaining and these are available at a discounted price. You can order direct from CQN by clicking HERE or by clicking on the photograph below…