MOHAMED ELYOUNOUSSI hit the ground running on his Celtic debut against Hamilton Accies at the weekend.

The Norwegian international forward, on loan from Southampton for the remainder of the season, was eager to make a first impression and he certainly achieved that ambition.

Elyounoussi, who cost the the English Premier League outfit £16million when they signed him from Basel, whipped over the inviting left-wing cross for James Forrest to score the game’s only goal in the fourth minute with a neat deflection at the near post.

The Moroccan-born frontman, speaking to the Celtic website, said: “It’s good to get the opportunity to play and, obviously, good to win the game.

“I’m proud to have made my debut and to play for Celtic.

“It was a good first five minutes. I almost scored with a shot, but I’m happy to have assisted James with the goal that won us the game. It was a tough game, the pitch wasn’t the best and it was a little bit dry. In the end, we came here looking for three points and that’s what we got.

“Our style is fast-flowing attacking football, but when there’s no water on the pitch and it’s so dry it makes it difficult. I thought it was an okay game, but it was also tough. 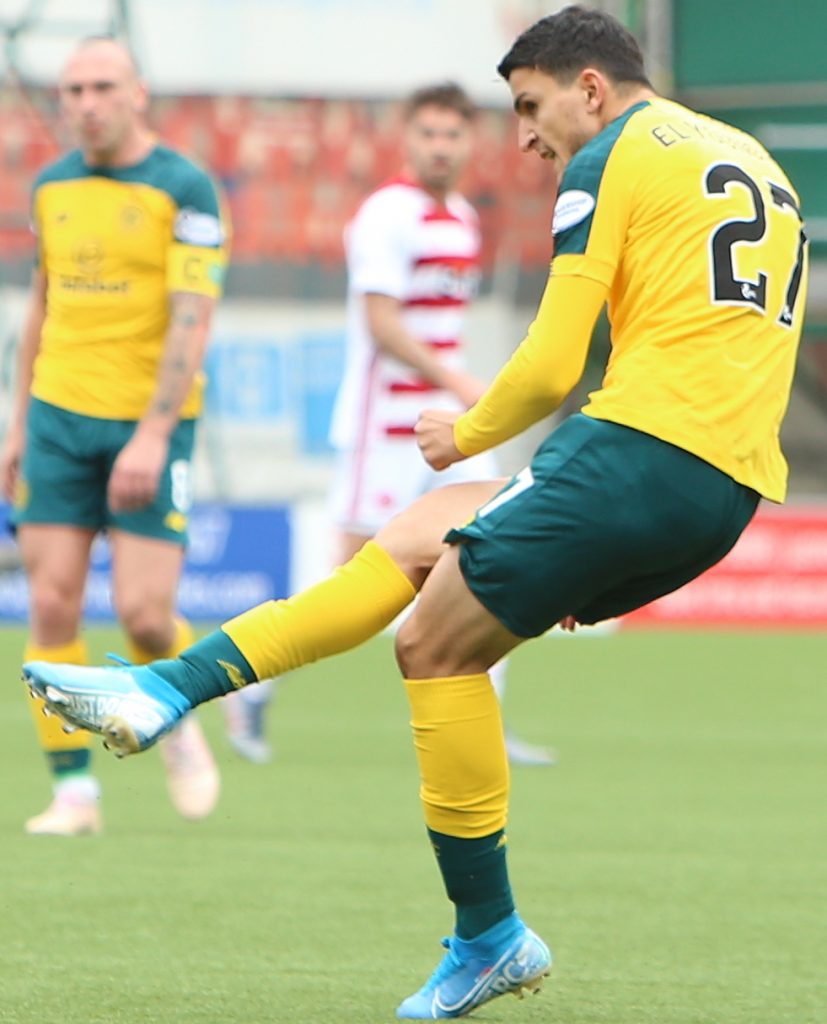 “I wish we could have given the fans more goals. They were brilliant throughout the whole game, I thought they were amazing.

“We’re happy to get the three-points though, that’s the most important thing.”

Elyounoussi has now set his sights on trying to get a place in Neil Lennon’s starting line-up for the crucial Europa League opening group stage confrontation with Rennes in France on Thursday night.

The 25-year-old raider added: “Everyone’s been taking care of me. With more time I’ll get to know them better and understand more how they like to play and how I should play. That will improve in the future.

“Now it’s Rennes and we keep going. Everyone wants to be part of the starting XI for a game like that.

“We’ll go into the week full of positivity. We’ll take the good parts form this game and the good points from the Rangers game and build on that.

“There’s a lot of confidence in the team and the team spirit is good so we just need to keep going.”