BORUSSIA DORTMUND right-back Jeremy Toljan has hit the ground running at Celtic since agreeing his loan switch on deadline day.

The former German Under-21 international played 45 minutes in the 2-0 win over St Johnstone at the weekend and made his first start in the 2-0 victory over Hibs in midweek.

Toljan, an energetic, attacking, ball-playing defender thanked his team-mates for helping him settle in, talked about his “exciting” times at the champions and “crazy” Parkhead.

The 24-year-old, who played the entire 90 minutes against the Easter Road men for his first competitive outing since April last year after being shunned by the Bundesliga giants, set up the opening goal for Ryan Christie in the first-half.

He said: “It was exciting. I had been looking forward to it since I came here.

“I had heard a lot about how the stadium was crazy, a good atmosphere, I enjoyed it a lot. 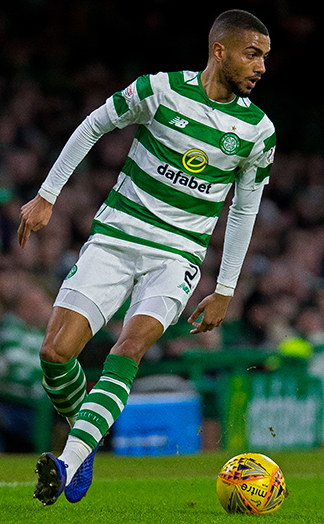 “It’s been an exciting few days, it’s a nice team, they have accepted me very well.

“I’ve had no problems and settled really quickly and everything is good so far.”

Toljan, a £7million signing for Dortmund from Hoffenheim in 2017, also admitted the Hoops’ style of play suited him and he was already working on a right-wing understanding with James Forrest and Timothy Weah.

He said: “It’s exactly what I expected and obviously I had seen some video clips and matches.

“I knew what to expect and the style of play suits me well.”

On linking up with Forrest and Weah, he added: “I like to play with both of them, in the games we have looked quite good.”