After only four games since arriving on loan from AC Milan, the Uruguayan left-back has done enough to have manager Neil Lennon pondering his long-term future, as reported in CQN earlier today.

The 27-year-old defender has won a host of admirers with his speed going forward and his crisp, clean tackling that was highlighted in the 2-2 Europa League Group H draw against Lille in France on Thursday night.

Now Laxalt is poised to play in his first-ever Scottish Cup-tie when the Hoops take on Aberdeen for the second time in eight days when they meet in this afternoon’s delayed semi-final at Hampden.

If the holders take care of the Pittodrie outfit, they will be a mere 90 minutes away from the phenomenal quadruple treble, a haul of domestic silverware that is never likely to be surpassed.

Craig Gordon and Hearts will await the winners of today’s last-four encounter at the national stadium on December 20 after their 2-1 extra-time victory over city rivals Hibs yesterday. 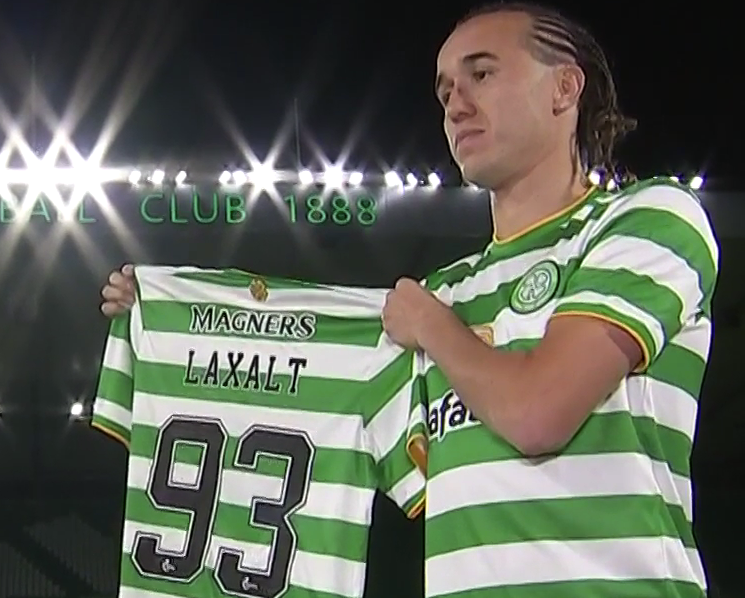 “The Uruguayan hasn’t yet had the chance to savour the winning feeling as a Parkhead player having now gone four matches since signing from AC Milan and only having two draws to cling to.

“But Laxalt epitomised the current situation with a superb performance against the Ligue 1 side.

“If your glass is half empty, you are unhappy at not winning a game when you are 2-0 up.

“If your glass is half full, you look at the display and attitude of Laxalt and some others within the group in response to the savage criticism they have had recently and you see signs that Celtic are turning the corner.

“Laxalt really impressed me. He’s got great energy and legs to get forward, but he can also defend.

“He stops crosses. He won one ball at the back post in the air when one-on-one and tucking inside which was expert defending.

“You don’t play for Uruguay and AC Milan without having some talent and Neil Lennon looks to have a gem there.

“Laxalt delivered when his manager needed it and that’s what you want as you try to escape sticky times.”