CELTIC’S £2million striker Vakoun Bayo has been hit by a cruel blow that is likely to wipe out any chances of a first-team appearance at Parkhead this season.

The powerful frontman, who netted 22 goals in 32 appearances for his Slovakian side Dunajska Streda before his January arrival, will be sidelined with a ruptured hamstring that could end his debut campaign at the Hoops.

Bayo, 22, has made only a five-minute cameo appearance for the champions after coming on in the fading moments of the dramatic late win against Kilmarnock at Rugby Park on February 17 when skipper Scott Brown thumped in the only goal of the game.

However, the Ivorian hasn’t figured under interim manager Neil Lennon and any opportunity of impressing the Irishman between now and the end of the term appears to have gone with this latest setback. 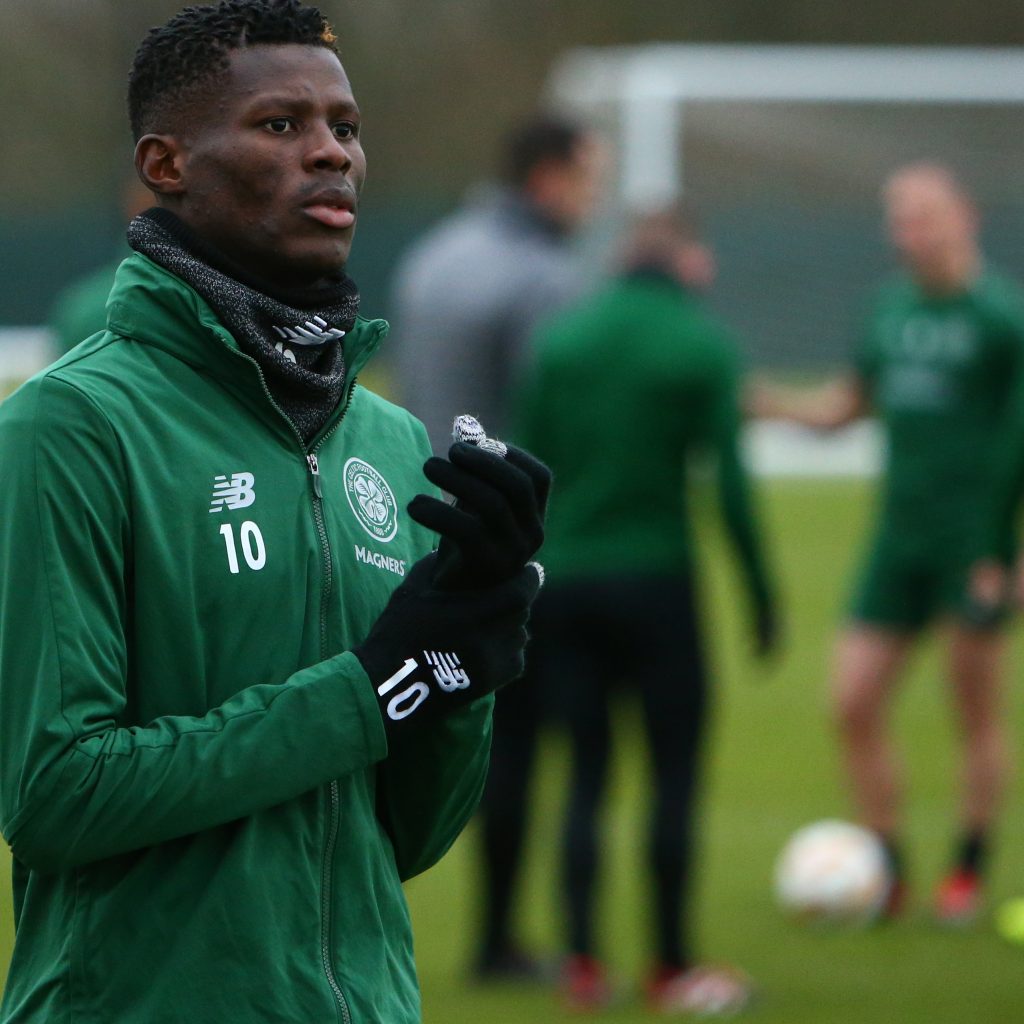 UNLUCKY BHOY…Bayo faces being out for the remainder of the season.

The unfortunate Bayo was ready to take his bow in the east end of Glasgow during the Hoops’ 2-0 Premiership triumph over Hibs on February 6, but an injury to Emilio Izaguirre prompted ex-boss Brendan Rodgers to recall him from the touchline and put on Jonny Hayes as a direct replacement at left-back.

The all-action attacker has featured for the reserves and was watched by Lennon when he scored in the 6-0 victory against Dundee in March as he worked on his match sharpness.

The Parkhead gaffer, speaking to the Daily Record, admitted: “Bayo is out, he’s ruptured his hamstring, so we’ve not been able to see any of him, well I haven’t since I’ve come in.”