IT’S going to be a long weekend without Celtic so here’s the latest CQN Podcast for you to enjoy. Our new podcast, A Celtic State of Mind (EP22) is out now with featured guests John MacLaverty & Phil Differ…

Paul John Dykes presents a Celtic State of Mind’s 23rd instalment of insightful discussion into the culture of Celtic Football Club, the city of Glasgow, and best fans in the world, supporters of the reigning invincible Scottish champions. 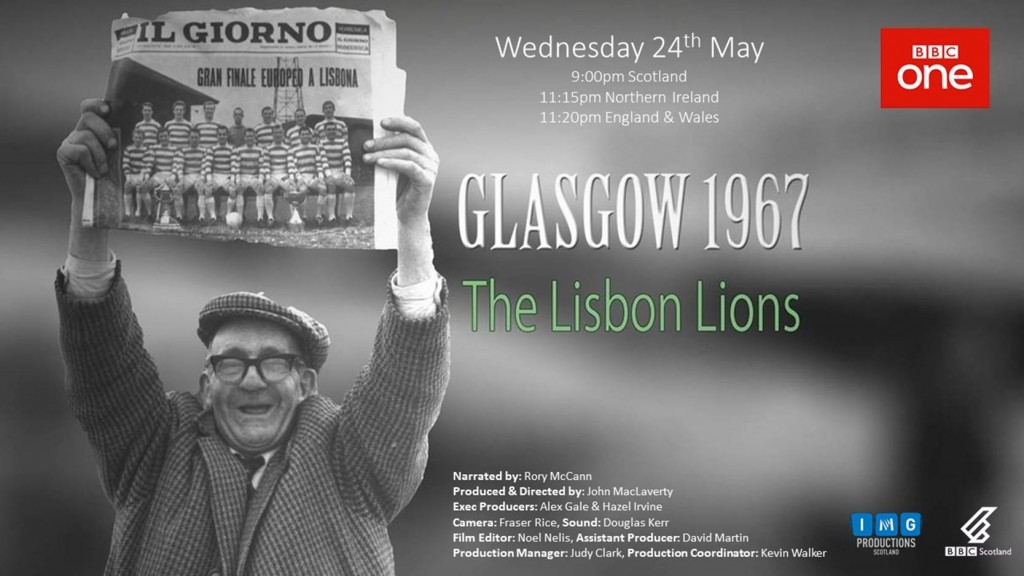 And one CQNer was just a little bit chuffed back in May to be the first person thanked in the credits at the end of this brilliant documentary on the Lions.

Phil has been a staple part of Scottish comedy for decades, and has worked on such iconic productions as Scotch & Wry, Naked Video, City Lights, Rab C Nesbitt and Only An Excuse? – so you can expect a laugh or two.

Tomorrow we are taking the podcast into a professional studio to record musician Kevin Miles who will be performing his excellent new Celtic song. Paul and his co-host Kevin Graham will also interview Jim Craig about his new Lisbon Lion diary Right Back to 67.

That podcast will be out next week but over the weekend enjoy the John Maclaverty and Phil Differ talking about all things Celtic in what Paul Dykes says is the best Podcast to-date.

You can connect with A Celtic State of Mind @PaulDykes, @anorthernprose and @CQNMagazine and subscribe to the podcast via iTunes or through your podcast player. Or just reach it at the bottom of the articles on CQN every day of the year.

Tomorrow morning we have an exclusive interview with ex-Celtic star Victor Wanyama which you can read at 10am.

Here is the new CQN Podcast…