IT COULD be a new-look Celtic against Hibs in the Premier Sports League Cup Final at Hampden next month.

The Parkhead club may be ordered to drop the traditional green and white hoops if the football authorities insist on the switch, believing there is a clash of colours with the Easter Road outfit.

When Neil Lennon’s side met the Leith line-up in the League Cup semi-final two years ago BOTH clubs were forced to play in their change strips.

Celtic adorned their yellow and green kit while the Edinburgh visitors wore a predominantly purple outfit. Doubles from Mohamed Elyounoussi and Scott Brown and a single from Callum McGregor gave the Glasgow club a 5-2 win and they went on to lift the trophy when Christopher Jullien claimed the winner against Steven Gerrard’s Ibrox side a month later. 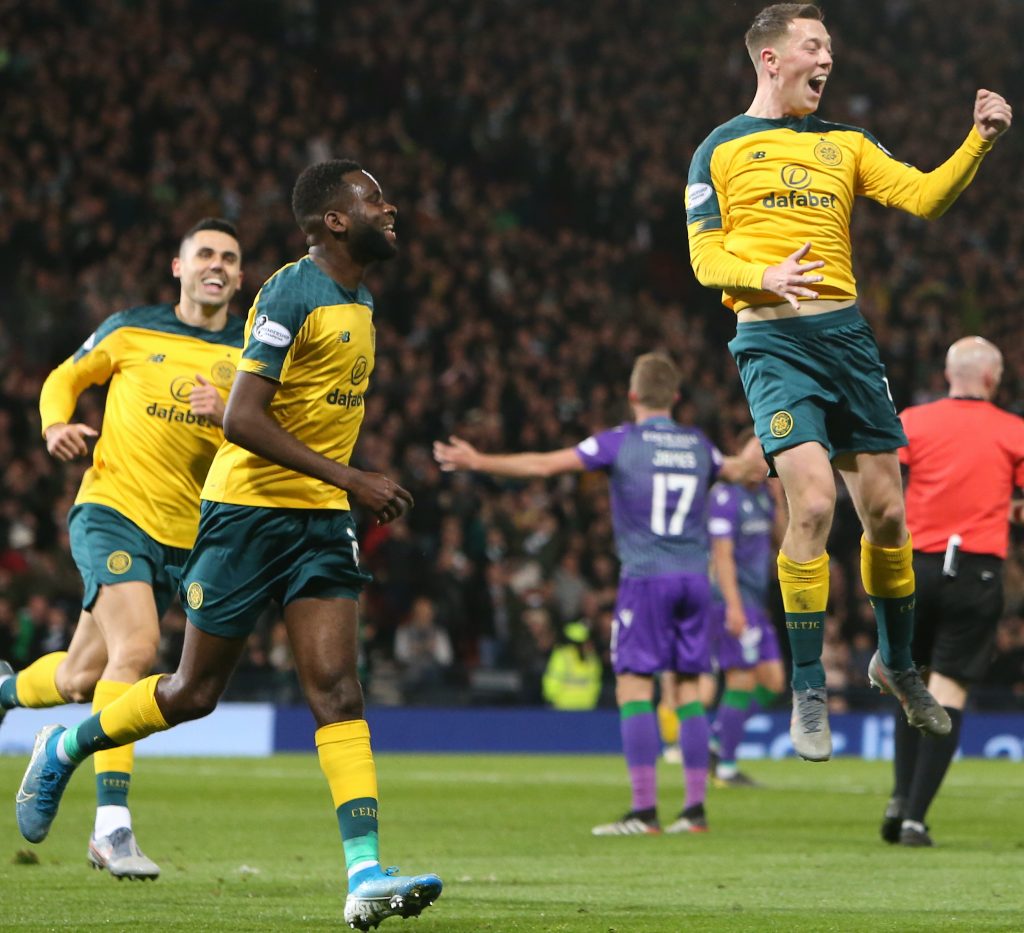 YELLOW PEARL…Callum McGregor celebrates scoring Celtic’s second goal in their 5-2 League Cup semi-final win over Hibs in November 2019. Tom Rogic and Odsonne Edouard are about to join in. 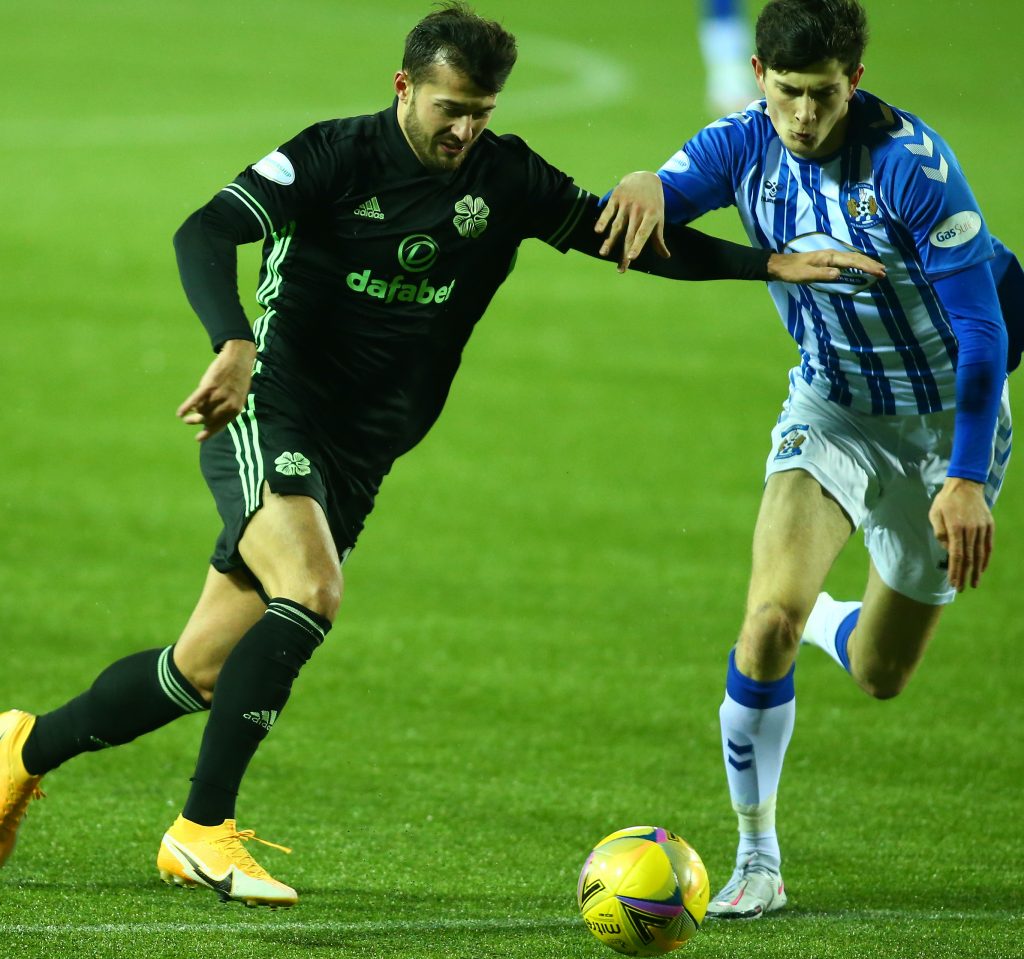 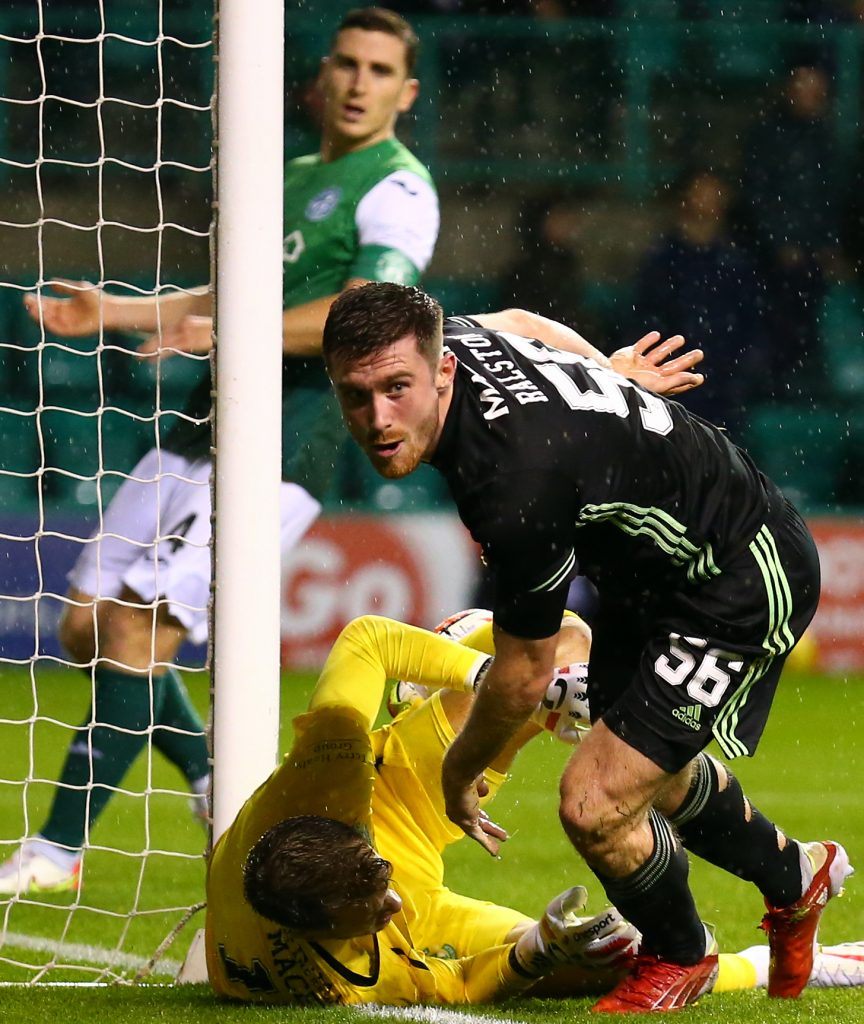 LAST MONTH…Anthony Ralston turns away after scoring the opening goal against Hibs keeper Matt Macey with the Parkhead men on their way to a 3-1 victory at Easter Road.

Last month, CQN highlighted the fact Celtic had utilised their all-black gear from the previous season when they overcame Jack Ross’ men 3-1 in Leith with first-half goals from Anthony Ralston, Cameron Carter-Vickers and Kyogo Furuhashi.

We surmised the trip into the past was necessitated because the club’s two alternative strips also clashed to a certain degree with Hibs’ green top with white sleeves, white shorts and green socks.

However, skipper McGregor could be leading out his team-mates on Sunday afternoon December 19 at the national stadium with Celtic in a brand new kit. 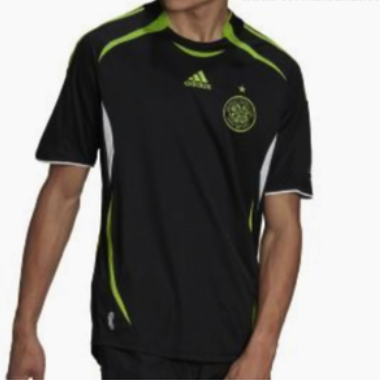 BLACK TO THE FUTURE…images leaked of the new Celtic kit. 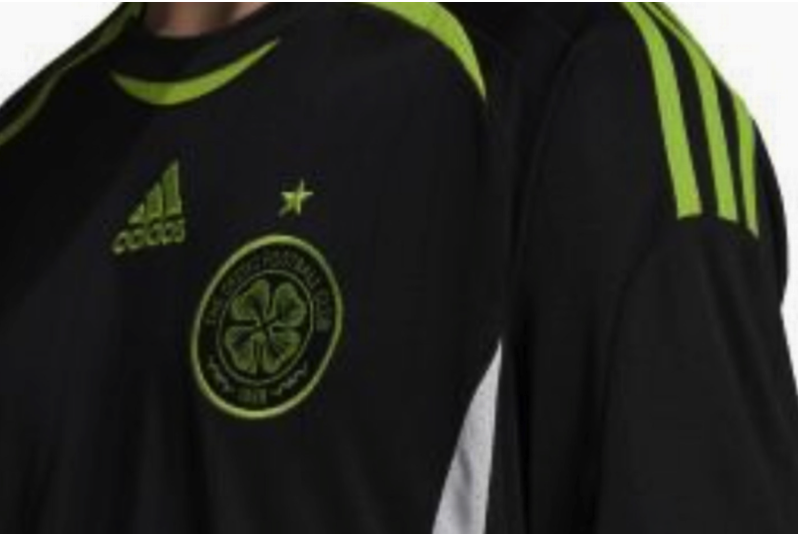 Images have been leaked of an Adidas fourth kit which is set to be unveiled next month – in time for Ange Postecoglou’s pursuit of his first piece of silverware since his June appointment as Lennon’s long-term successor.

CQN pointed out that the all-black strip at Easter Road had NOT been originally listed among the team’s choices for this campaign.

The first set is the famous green and white hoops with the away strip the all-green outfit which was worn in the Europa League qualifier against AZ Alkmaar in the Netherlands in August while the third outfit was utilised in the Group G game against Real Betis in Seville in September, a white top with thin green and candy stripes.

However, it could be that a new all-black strip may make its debut six days before Christmas.