CHARLIE NICHOLAS believes that Scotland are walking a Euro 2016 tightrope against Poland at Hampden tonight.

The Arsenal supporter insists Gordon Strachan’s side will have to score first to have any chance of overcoming their dangerous opponents. 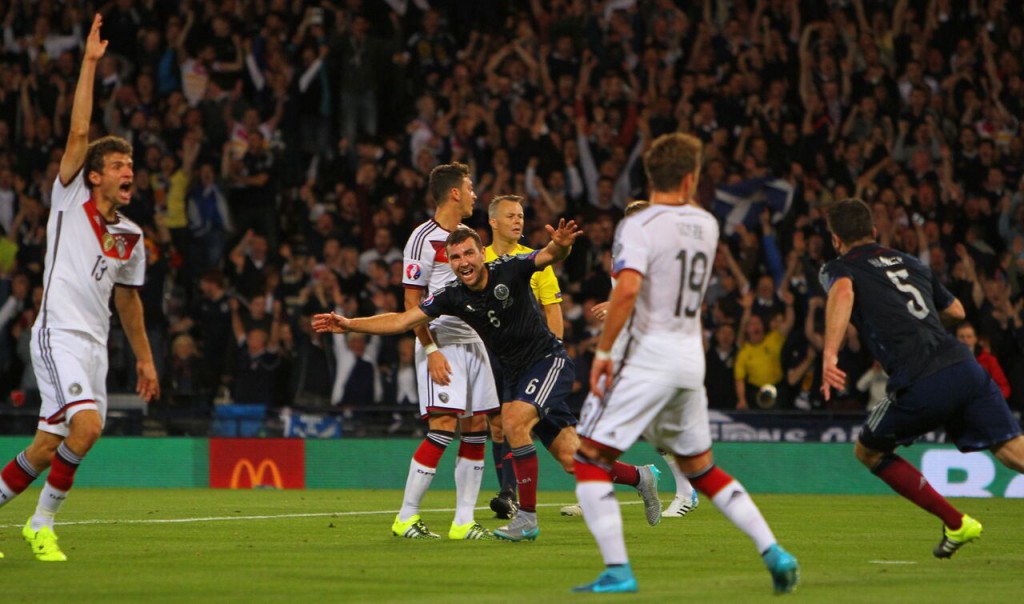 Scotland can finish third and reach the play-offs if Republic of Ireland lose against Germany and then Poland in their final two games – as long as Strachan’s men gain at least four points against the Poles and then Gibraltar on Sunday.
A loss would spell the end of their Group D chances, with Martin O’Neill’s Irish side four points ahead in third.
Nicholas said: “This is a must-not-lose situation and even that might not be enough if Ireland produce a positive result against Germany.

“Sadly, I don’t think we have enough to hurt Poland. They are physically stronger, technically better, but we’ve got a team spirit and a unit, and they simply must score the first goal.

“I’m a realist and I want Scotland to get a good result and to qualify, but I don’t feel it’s the right time and that we have the right players.

“There are things that are always true about us – we get to this stage and we always disappoint. The last two games have proved that.

“As soon as the pressure comes on the team and players to get points, they don’t. They don’t know how to do it.

“That’s a burden that has been evident in just about the last five or six tournament qualifications.
“They’ve always had another chance, but just don’t know how to get there.”
Scotland go into the game on the back of disappointing consecutive defeats against Georgia and Germany.
Click Here for Comments >
Share. Twitter Facebook Google+ Pinterest LinkedIn Tumblr Email
Previous Article‘STOKES MUST COPY GRIFFITHS,’ DEILA
Next Article BROWN BLASTS WARNING