Celtic Quick News on News Now
You are at:Home»Football Matters»‘NIGHTS TO BE SAVOURED,’ LAMBERT
By CQN Magazine on 19th October 2016 Football Matters

The ex-Hoops skipper, who conquered Europe with Borussia Dortmund in 1997, believes nothing but the best will be acceptable in the quest for three crucial points against the Germans.

Lambert warned: “They are no mugs. Andre Schubert, their manager, is a guy I know because I did some of my coaching badges with him and he is a coach who I have a lot of respect for.

“He played in the lower leagues when I was in Germany and he got his break taking charge of Borussia’s second string team a few years ago before getting the main job.

“Last year he took them to fourth in the Bundesliga, which, of course, is hugely competitive.

“They haven’t had the best of starts to the league this season, but I wouldn’t have any doubt that this will be a really tough night for Celtic.

”They are a good team and they have a strong work ethic. The atmosphere at Celtic Park on nights like this is second to none and it gives you a tremendous energy, but these are players who will also feed off that.

“Their players are used to the big crowds at Munich and Dortmund and most big players relish performing in a stadium that is full and noisy.

“The German fans are always behind their team, so they’ll enjoy all that and the Celtic players certainly gave the fans something to sing about against Manchester City, so, hopefully, we’ll see the same again. 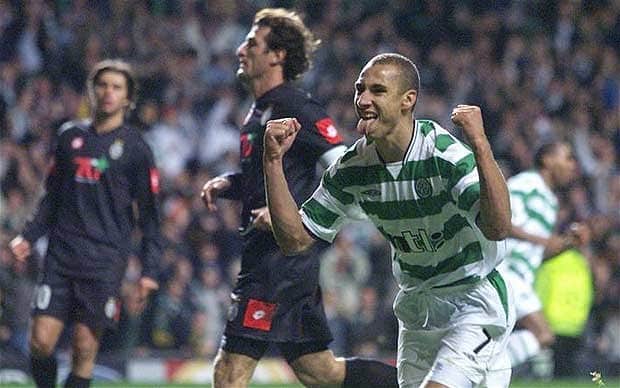 “These Champions League nights are special. I still love watching them. The music, the atmosphere, it’s special.”

Lambert added: “They do stay with you, those games. One of my best-ever memories is the 4-3 win over Juventus. We didn’t go through, but what a game of football it was.

“It was remarkable. There were some astonishing goals and performances that night.
“Another bittersweet memory wasn’t in the Champions League, but in the Europa League against an excellent Valencia side. We drew with them over the course of two legs, but they beat us 5-4 on penalties.

“I feel privileged to have been part of that Celtic side because we were a really good team, with a really good manager in Martin O’Neill.

“These nights are to be savoured. It is where you really can come to the fore as a football player.”