KEVIN NISBET, who has been linked with Celtic, is also attracting attention from Russian duo Spartak Moscow and Krasnodar.

The £4million-rated Hibs striker is on their radar after his goalscoring exploits at the Edinburgh outfit last season following his first term in the top flight after his move from Dunfermline a year ago.

Nisbet’s value has soared and he made three substitute appearances for Scotland in their doomed Euros bid last month against Czech Republic, England and Croatia. 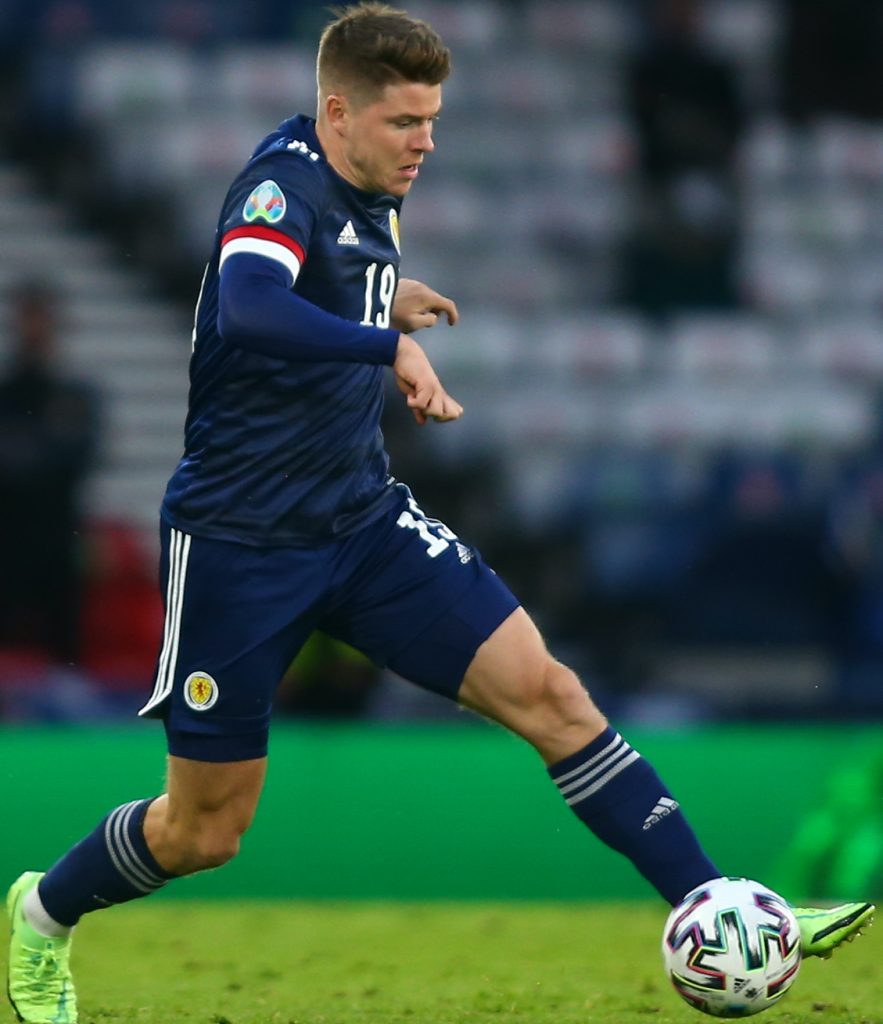 ON THE BALL…Kevin Nisbet in action for Scotland in the Euros.

The 24-year-old attack-leader was wanted by Championship side Birmingham City at the turn of te year, but the Edinburgh club rejected a bid in the region of £2.5million, according to a report in the Daily Record.

New Hoops boss Ange Postecoglou has been alerted to the player’s qualities, but the Parkhead side have yet to let their intentions be known while interest grows in the one-time Partick Thistle forward.

Hibs have done business with Russian clubs in the past and sold Scotland international hitman Garry O’Connor to Lokomotiv Moscow for £2million in 2007.

Postecoglou is only too aware of Odsonne Edouard’s situation with the Frenchman out of contract in 12 months’ time.

The Hoops do not want to get caught in the same situation as they did when Moussa Dembele left the club late in the summer transfer window of 2018 in a £19.8million switch to Lyon which left Brendan Rodgers without any time to find a ready-made replacement.