NEIL LENNON admitted he had no issues with Ryan Christie’s 25th-minute red card as Celtic slumped 2-0 in a towsy affair at Livingston this afternoon.

The Scotland international playmaker was instantly dismissed by referee Willie Collum after a challenge on Scott Robinson.

The champions hadn’t started well and were left with an unphill struggle as their top scorer was banished.

Lennon, however, refused to condemn Christie and stressed the actions from his player were completely out of character.

Asked about the wayward tackle, the Hoops boss, speaking on Sky Sports News, said: “It’s not like him at all, he just mistimed the tackle and it probably looks worse than what it probably was, although having seen it again I have no argument that it was a red card. 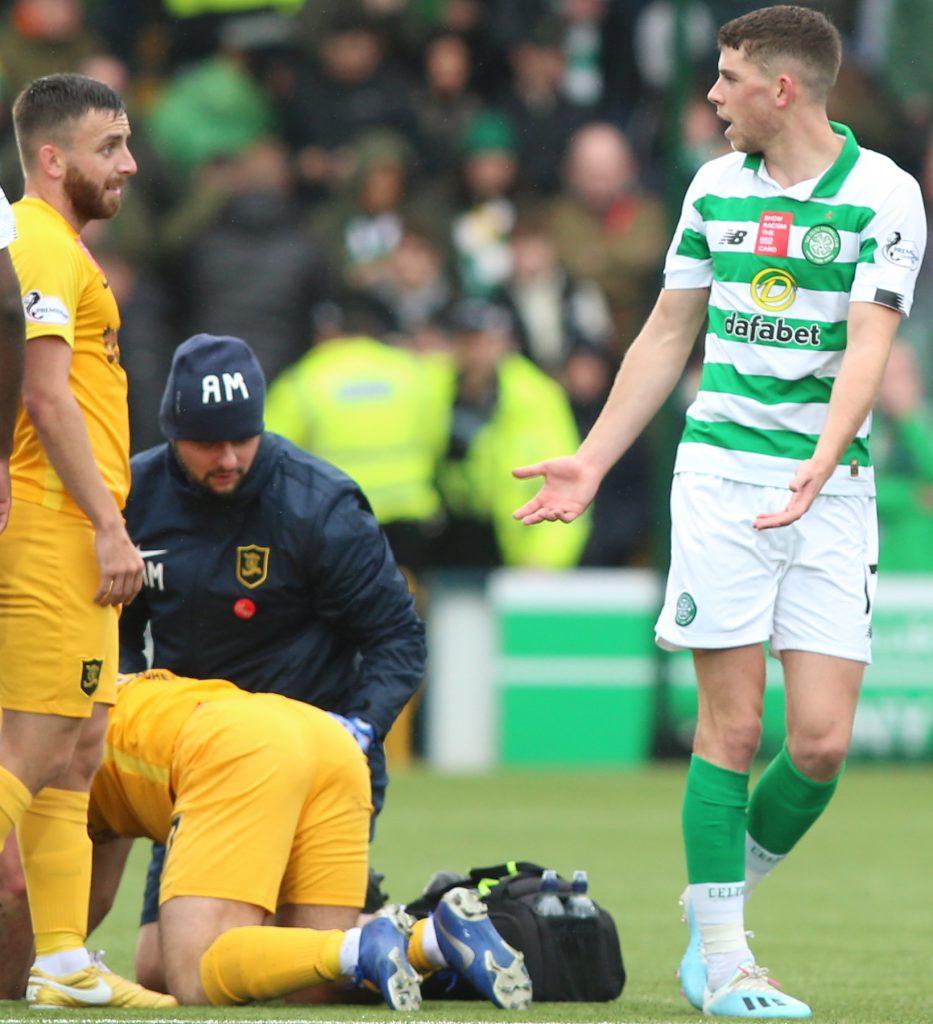 “Obviously, the red card is a major turning point in the game. I’ve no issue with it. It’s late, it’s high.

“We were a little bit disappointed with the second goal because at 1-0 we were well in the game. And then we have to throw everything at it.

“We didn’t do the dirty bits of the game well at times, even with 10 men at half-time I felt we could have gone on to win the game, but we were passive defensively for the first goal and that’s my only contention with the way we played.

“In the end, we ran out of ideas in terms of trying to play though them with the man less.

“So, you have to get the ball in the box and try to get yourself back in the game.

“We started the game quite well and going down to 10 men we had to adjust a little bit, but we didn’t work the keeper anywhere near enough.

“Did we deserve to lose today? I’m not sure on the balance of play, but we didn’t have any real clear-cut chances to warrant winning the game.” 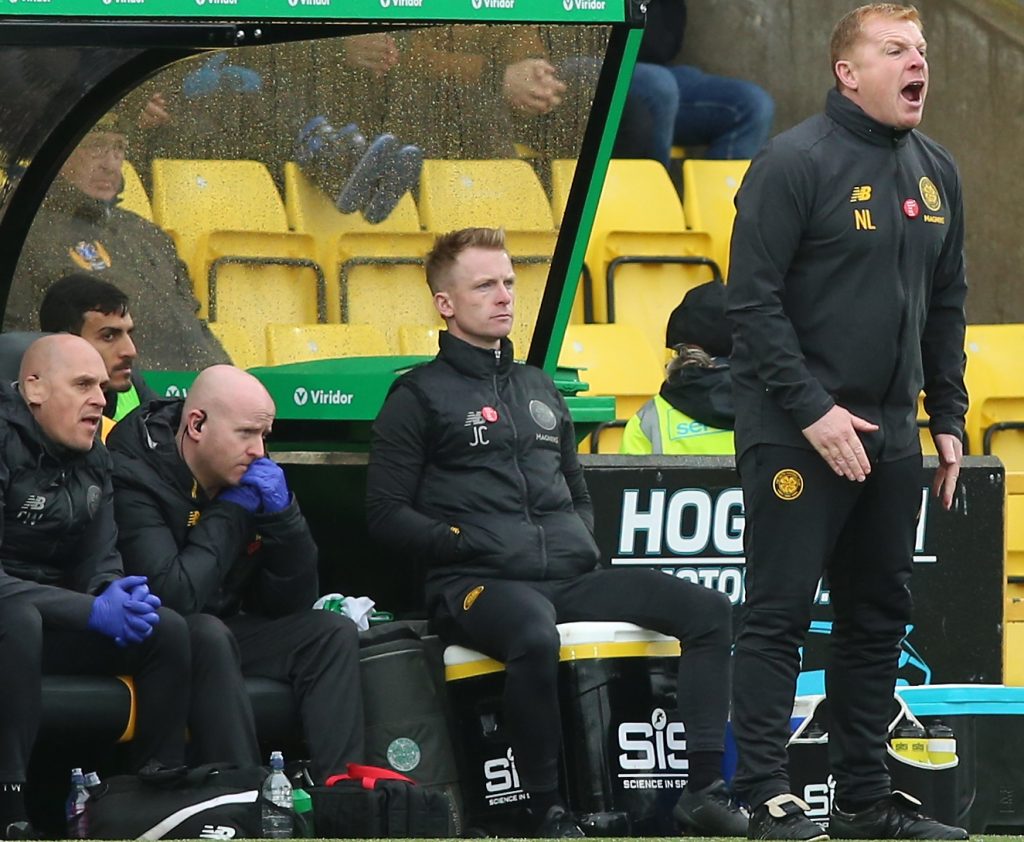 Lennon, who will be without 11-goal Christie for the Premiership games against Ross County and Aberdeen, added: “It’s a bad day, a bad result. You’re always wary of it after a big European night, the comedown.

“Coming to a place like this is always difficult and down to 10 men, the players tried everything, but it didn’t happen for us.

“But the red card was a huge turning point in the game.” 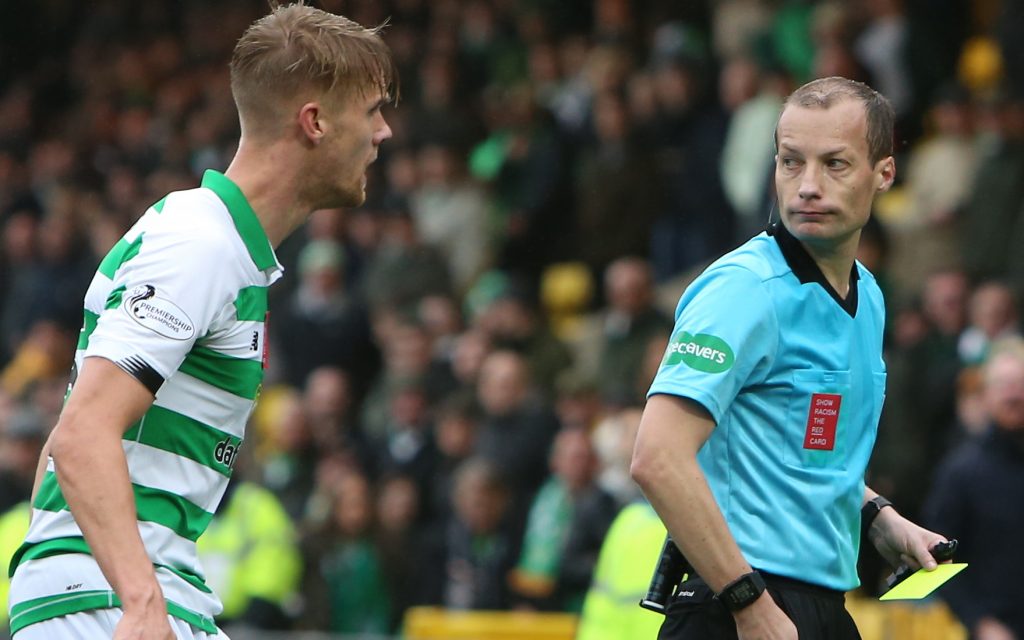 In truth, Celtic went from wonderful against Cluj on Thursday night to woeful against Gary Holt’s side this afternoon.

They got sucked into a scrap by a team that had lost their previous four games and they just didn’t know how to cope against a physical side.

Lyndon Dykes took up far too much time and attention between Christopher Jullien and Kristoffer Ajer and both had a distinctly uncomfortable afternoon.

Their jitters spread through the team and that was obvious at the second goal when the cnetre-backs and Fraser Forzter made a total mess of a straightforward ball into the box from the Livi keeper.

Dykes read the bounce on the artificial surface and lofted in the killer goal that send the champions toppling.