KILMARNOCK midfielder Rory McKenzie has admitted the Celtic fans who invaded the pitch after Scott Brown’s late winner did NOT put players’ safety at risk.

Hoops supporters raced onto the pitch behind Killie keeper Daniel Bachmann’s net to celebrate the goal that pushed the champions eight points ahead at the top of the Premiership.

But McKenzie says the supporters were only interested in getting pictures and not causing trouble.

He said: “Obviously, conceding a goal that late wasn’t nice and then to have Celtic fans on in your face wasn’t nice, as well.

“The few that came on, there was no malice in it at all, most of them I saw were young kids.

“To be fair, they had their phones out. I think they were just trying to get pictures, there was no badness.

“There was four minutes added on, so we wanted the game to get going because there was still a chance to get an equaliser.

“The fact that all the G4S staff were on the pitch for a minute or two, you wanted the game to get going again. That was the only frustrating thing on my part.” 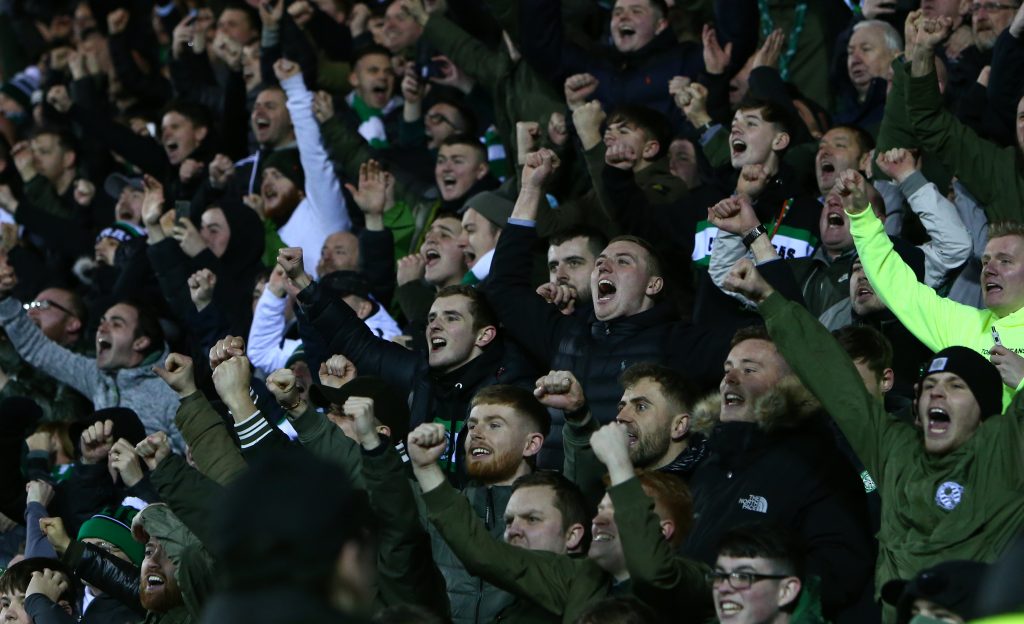 However, a number of seats in the away end were damaged while Killie striker Kris Boyd, an unused substitute, was hit on the shoulder with a coin.

McKenzie said even some Hoops followers who witnessed the incident were appalled at their fellow-supporters’ antics.

He added: “The coin-throwing is unacceptable. As Kris said, it could injure somebody.

“I don’t know whether the cameras caught who it was, but definitely something needs to be done, harsher bans, stuff like that, because one day it will catch someone on the corner of the eye and damage will be done.
“I spoke to Boydy after it and just after it hit him. It doesn’t show you on the video, but he picked it up and there were fans on the front row who had obviously seen it and they were just standing there shaking their heads.

Goalscorer Brown was red-carded by referee Bobby Madden for his part in the celebrations. The Hoops skipper had been booked in the first-half for a challenge on Greg Taylor and was given another yellow card when he returned to the field.

The 33-year-old midfielder is now banned for the visit of Motherwell on Sunday.