YOU only get one chance to make a first impression and Harry Kewell didn’t hold back when asked about his introduction to Celtic.

The recently-appointed first-team coach looked around Lennoxtown and admitted: “I’m kind of blown away.

“I haven’t been at a huge club for a while now, so this is all kind of new to me and it’s nervous to come in to such a huge club like this, to only see the facilities at the moment. 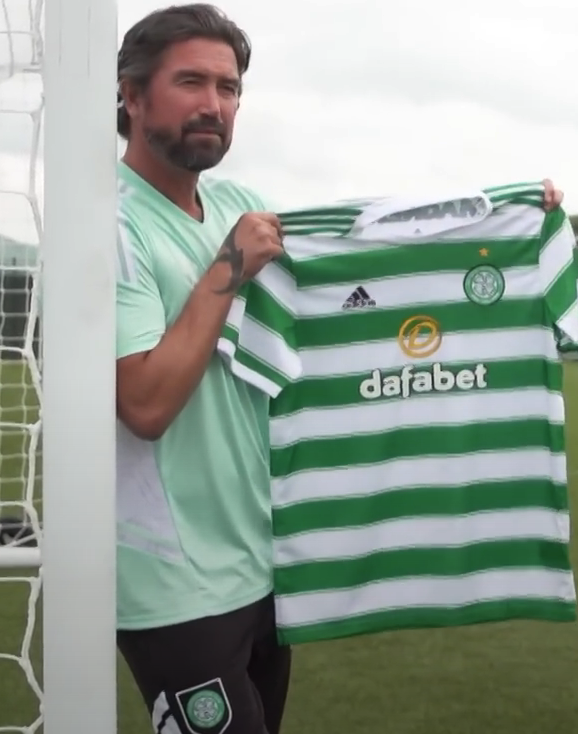 HOOP HOOP HOORAY…Harry Kewell leans against a goalpost with the Celtic jersey on his first day at Lennoxtown.

“It’s fantastic – and the training ground set-up, it’s the perfect size. So, for me, it’s been a brilliant first day.

“I’m really looking forward to meeting the players, first and foremost, and then getting to understand exactly their movement patterns and all that, just sitting there with John Kennedy for the last hour or so, talking about how they play, it’s kind of similar to my ideas.

“So, working with the manager, as well, it’s going to be great, because the idea of what I like is similar to what he likes.”

Postecoglou, 56, recently made the decision to revamp his backroom staff and made the call to former Australia international superstar Kewell, who numbered Leeds United, Liverpool and Turkish giants Galatasaray among his ex-clubs.

The arrival of the 58 times-capped attacking midfielder, now 43, meant a move for one-time club captain and centre-back John Kennedy to take charge of the B team, as CQN reported last weekend.

Greek-Australian gaffer Postecoglou appears to have made his move for the former Crawley Town, Notts County, Oldham and Barnet manager in the nick of time. 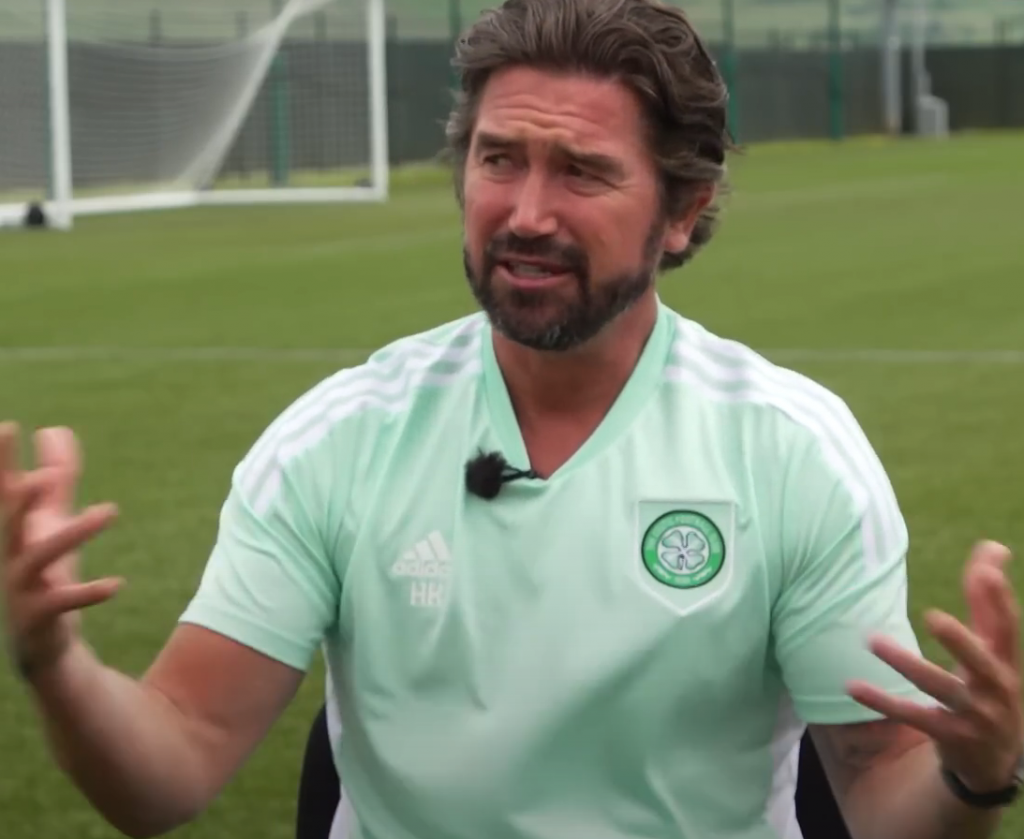 Kewell, speaking to Celtic TV, continued: “I was actually going for another interview for another job – and I thought it went really well – and I was looking forward to the call back.

“In between that time, I got a call from the manager and the way he spoke to me, the way he presented the job, I said: ‘Yes’ straightaway.

“I didn’t even worry about the next part because I felt it was the opportunity for me to learn from, not only a great manager, not only an Australian manager, but a great manager who has been, and started to do his work, into Europe, and his ideas of what he wants to come across.

“He’s very forthright in what he wants out of his players, it’s similar to what I like and the way he spoke to me about football and what he wants from me, I said virtually there straightaway: ‘Of course I’ll come’. 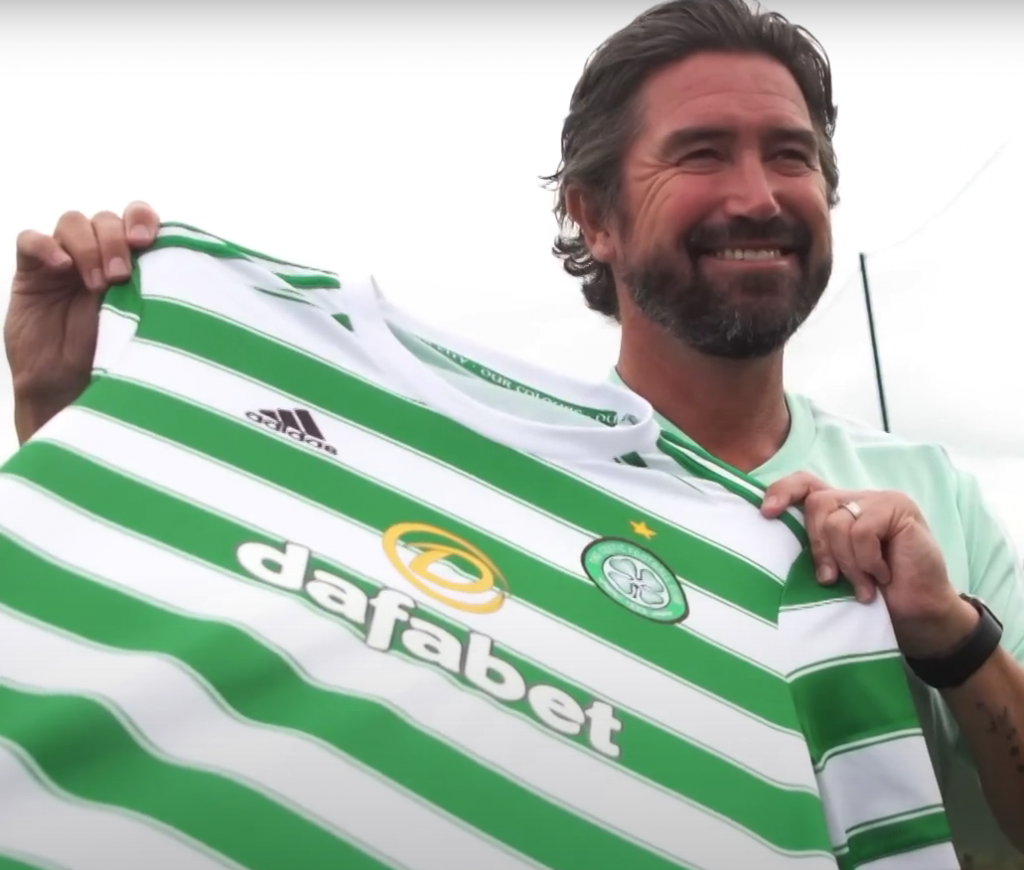 JOY BHOY…Harry Kewell is happy to be in his new surroundings. Images courtesy Celtic TV.

“He always likes to mix things up, he always likes to bring in fresh ideas and I said when I spoke to him that I didn’t want to be just someone coming up here because of that Australian link.

“He spoke very positively about how he’s been monitoring me for a while. I never knew that, so when he did speak to me about the ideas of what I can bring to the team, it was a no-brainer.”

“I’m not going to go straight in there and go this, this and this – that’s not me. I want to learn, because even just speaking there to John, he’s got so much experience.

“I’m going to be just picking his brains left, right and centre.”