BRENDAN RODGERS admitted he has no intention of signing his son Anton, despite giving him a run-out as a trialist in the 1-0 pre-season friendly win over BW Linz in Austria last night.

The Celtic boss invited his son, who is a free agent after being released by Swindon Town, to travel with the champions and the 24-year-old midfielder played in the second-half of the victory over the home side with James Forrest claiming the winner. 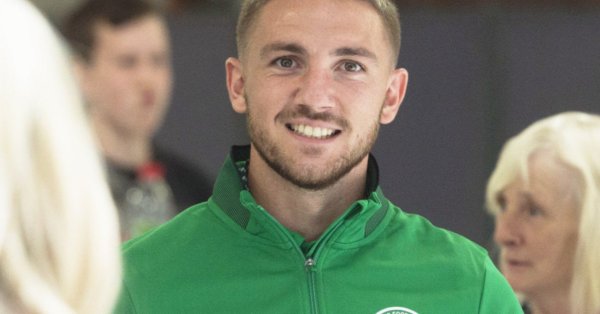 However, his father confirmed he would not be signing a permanent deal.
He said: “Anton has come with us to train and get in good condition for when the English seasons starts.

“But we had a few injuries to Eboue Kouassi and Kristoffer Ajer as well as one or two others.

“Anton is a capable player, he’s not just here as my son. He’s here because he can cope and is technically very gifted. He has a good view of the game and can pass the ball.

“And to play for us you obviously need to be able to do that. Given we were short of numbers, he was able to go in and play. I thought, without really knowing the other players, he did well.”

Asked if there was any chance of Anton signing for the treble-winners, Rodgers replied: “It’s never been the case of that. We have got a lot of midfield players and it’s maybe different types we need.

“He always wants the ball and is very good on set-pieces. He has confidence to play. But it’s never been the notion to sign him, it’s just to give him a couple of weeks and then he can see where the next venture is.

“His son loves down in Reading so the ideal scenario is that he finds a club close to where he lives. But this has been a real good exercise for him.”

Also on CQN today…
CELTIC TO SWOOP
EASIER TO BEAT JOE MILLER THAN SAN MARINO MINNOWS FOR LINFIELD
Meanwhile, we have been promoting issue 1 of the new CQN Podcast this week but for those who missed the Pilot Edition the week before this is very much worth a listen!