Celtic Quick News on News Now
You are at:Home»Football Matters»‘NO CHANCE IF WE DON’T IMPROVE,’ GORDON
By CQN Magazine on 6th November 2015 Football Matters
CRAIG GORDON has admitted Celtic can forget progress in Europe if they continue to play the way they did in the 2-1 flop against Molde.
The keeper, nowhere near as convincing as he was last season, has conceded nine goals in four games in Europa League Group A with the Hoops stuck at the bottom on a paltry two points.
Gordon can scarcely believe the damage the Hoops have done to themselves in this campaign.
He admitted no-one can escape blame – from manager Ronny Deila down.

Asked if he thought the team could get through by beating Ajax and Fenerbahce in the final two games, Gordon answered bluntly: “Not if we play like that.

“We haven’t been playing like that all season. We’ve had some good performances this year, but it will take two massive displays to get through.

“We ARE capable of doing it. We didn’t show that against Molde, but it is still in us to bounce back.

“However, we’ll need to be a lot stronger defensively to give ourselves a chance. 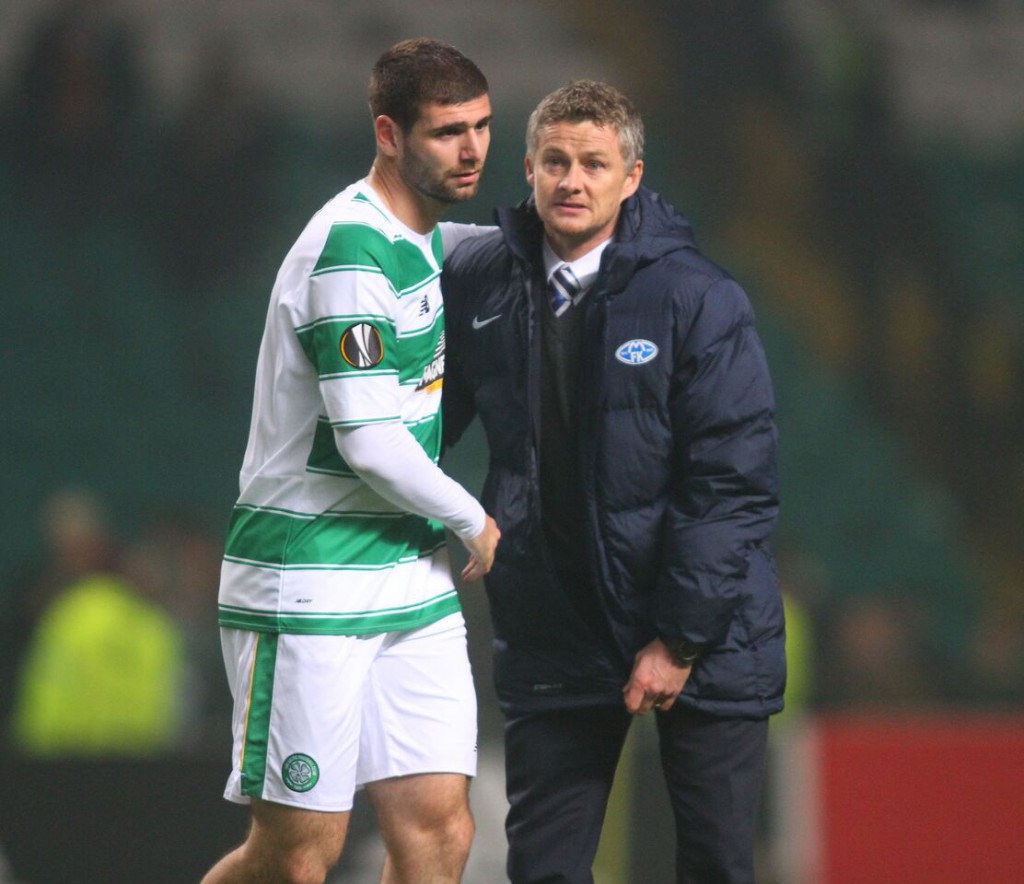 “We’ll need to be an awful lot better. I never felt as though we were ever in control of the game. It felt like we were always chasing it.

“We are far too easy to play against. We can have no complaints.

“I don’t know why it is. They are a very good team. They are well organised, they showed it when they kept the ball for the last 10 minutes.

“You have to give them credit for a good away performance.

“We didn’t break as quickly on them as they did on us. I can’t recall us having any good counter-attacks.”

Gordon confessed it’s about time Celtic learned their lesson. Why are the Parkhead men so easily picked off in Europe?

He answered: “If I knew why, we wouldn’t be losing the goals. That’s a very difficult question to answer as there’s more than one reason.

“But we have to come up with some solutions.

“We almost play the same way as we do at home. European football is a different test, we have to learn to adapt to it.

“We like to attack and throw bodies forward, but teams can catch us on the break. It calls for a different type of game.”

He added: “We must win the next two games to progress. That’s all we can concentrate on doing.

“In terms of performances, that’s something that is something within our control.

“Of course, the players deserve criticism. We are the ones out on the park. There has been a lot of errors throughout the campaign and we all need to take responsibility for that.

“I certainly take my responsibility for it. Collectively and individually, there has been a lot of mistakes.

“There are always going to be ups and downs in any player and any team.

“There has been a few performances I have been disappointed in, more than last season.

“But in the last few games I’ve felt back to my usual self.”