NEIL LENNON has warned any would-be suitors for Odsonne Edouard there is NO way he will be allowed to leave Celtic in the January transfer window.

Big-money clubs have been alerted to the striker’s exploits for the France Under-21 side following his sparkling hat-trick in the 5-3 win in Slovakia during the week which took his tally to nine in four appearances for his country.

Edouard had already attracted interest with his form for the eight-in-a-row champions where he has also claimed nine strikes, but anyone plotting a record-breaking bid for the 21-year-old hitman are wasting their time, as CQN reported.

Asked if there was any way the Parkhead side would consider releasing their hottest property, Lennon, speaking to the Daily Record, answered emphatically: “Absolutely not. There’s no chance of him leaving in January. We’ve got too much to do here.

“He will be linked with everybody in the next couple of weeks and come the end of January, but we are in no position to sell.

“He is a class player and is pivotal to us. We may, or may not, be in Europe after January, so that’s even more reason for him not to go. 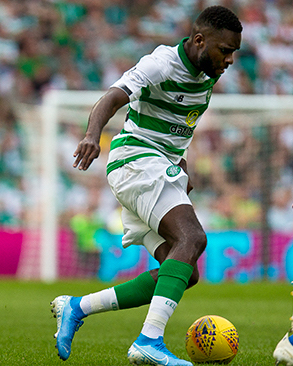 “It wouldn’t hinge on that, either, absolutely not. But it would be a nice carrot for him and a reason to settle himself.

“He’s been outstanding. He’s playing, he looks happy and his all-round game is coming on.”

Edouard is already the most expensive purchase in the Hoops’ history following his £9million-plus arrival from Paris Saint-Germain last summer following an impressive initial loan campaign.

Ahead of today’s Premiership confrontation with Ross County at Parkhead, Lennon added: “I don’t like watching him playing for other teams. When I heard he had a hat-trick I was like: ‘Oh no!’

“I think it is fantastic that he is playing so well for club and country.

“He’s started to turn himself into a really prolific goalscorer.

“Speaking to his representatives they’re happy with the way things are going. Long may that continue.”