Celtic Quick News on News Now
You are at:Home»Latest News»‘NO CHANCE OF COMPLACENCY AT CELTS,’ CALMAC
By CQN Magazine on 1st May 2018 Latest News

CALLUM McGREGOR insists there will be no chance of complacency as Celtic continue their pursuit of 10 successive titles.

Brendan Rodgers’ side, of course, celebrated the magnificent seven with their five-goal destruction of Graeme Murty’s team at Parkhead on Sunday.

The Hoops are now only three championships short of surpassing the glorious collection of nine crowns in the Jock Stein era which kicked off in 1966.

McGregor, however, is convinced he and his team-mates will remain completely focused on their silverware targets in the seasons to come. 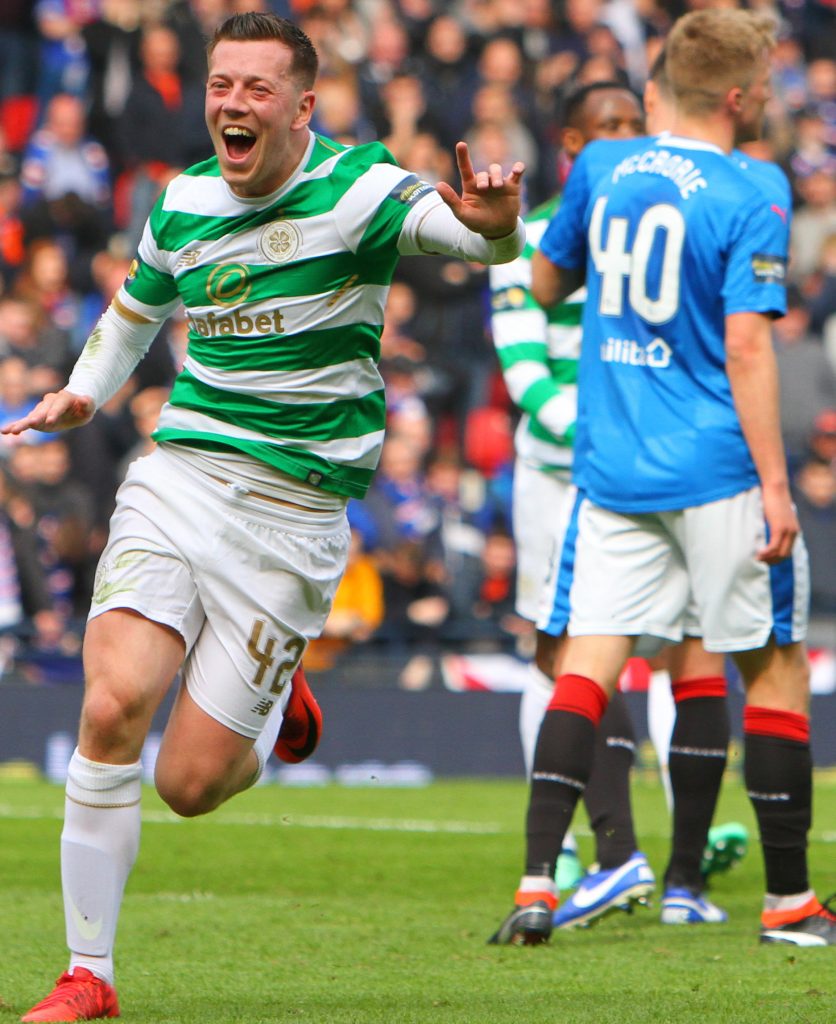 IT’S IN THE BAG…Callum McGregor celebrates a strike against Sevco and insists the Hoops will never get complacent.

The Scotland international midfielder said: “We’ve done great so far, but if you just think about 10, you can slip up and get complacent.

“Last week against Hibs was a prime example, everyone thought we’d win the league, but if you turn up and aren’t quite at it you see what happens, you lose the game.

“It’s about the players staying as hungry as they can, coming back in after the season has finished to go again and try and get that 10.

“We know exactly how hard it is.

“With the demands the manager is placing on us, we seem to be getting better, but we’ve got to keep working.”

McGregor added: “For us, we’re solely focused on what we’re doing. Ultimately, as a Celtic player, you’ve got to just look after yourself and not listen to any of the noise.

“I think that’s the reason why we’ve been so successful, everyone is focused just on what our job is.”