CELTIC boss Brendan Rodgers told Jozo Simunovic he could have no complaints about his red card against Alashkert last night.

The Croatian central defender was red-carded for a high challenge on Jefferson Reis after just 10 minutes of the 3-0 second leg win over the Armenians to ease through to the second Champions League qualifier against Rosenborg on a 6-0 aggregate.

Simunovic is now banned from the first leg against the Norwegians at Parkhead on Wednesday. He could also sit out the return in Trondheim if the UEFA Disciplinary Committee deem further punishment is necessary for the offence.

With Dedryck Boyata and Mikael Lustig yet to return from World Cup duty and Marvin Compper injured again, Rodgers could be struggling to piece together a central defence for next week.

But the Hoops boss had no issue with Romanian referee Horatiu Fesnic’s decision to send Simunovic packing – claiming the outcome was almost inevitable in Europe.

He said: “In European football, it’s always difficult when your foot is that high. 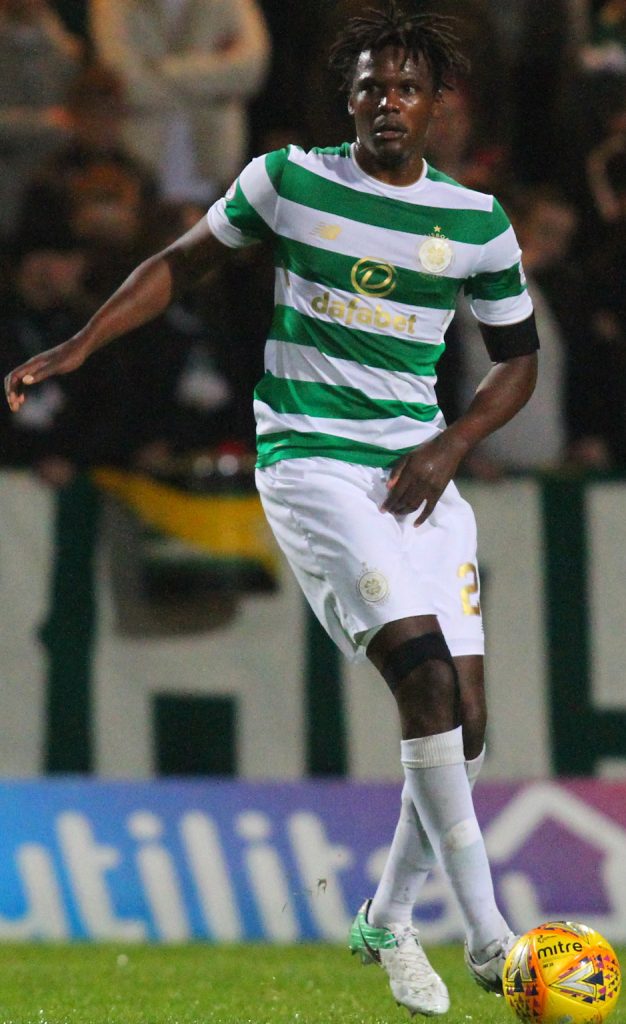 “I thought the referee could have kept him on the pitch and given him a warning because I don’t think it was intentional.

“The ball was popped back at him quickly and he’s raised his boot which has caught their player.

“It was the same player who elbowed Kieran Tierney in the face.

“Jozo tried to cushion the header back to his team-mate and it’s come back to him quickly. It was just an impulsive thing, really, he was going for the ball.

“But in European football, you normally get punished for that.”

Asked if he hoped Simunovic would learn from his mistake, Rodgers answered: “Hopefully. The important thing was how we dealt with it, we were really calm and weren’t flustered, we still tried to attack the game.

“We put James Forrest, who was brilliant, at right-back and we still looked to have that intent to attack.”

The Irishman is considering his options of accelerating the return of either Boyata or Lustig to his side.

He said: “It gives us a problem, but that’s all it’s been for us. Every pre-season there is always an issue with centre-halves.

“Marvin has a problem with his adductor, so we’ll see how that is, but it’s highly unlikely he’ll be available.

“With Dedryck, I don’t know – I’ll need to assess that over the next few days.

“With Mika, it’s a possibility, but we have to respect he’s been at the World Cup and played a long season.”

Celtic now face Rosenborg for a second successive season having met them in the penultimate qualifying round a year ago.

Rodgers added: “They were two tight games the last time we played.

“They’ll come here and be compact, like last year, and we have to be patient. It will be a tough game out there.”

The Hoops were held to a goalless draw in Glasgow a year ago, but a brilliant goal from Forrest settled the tie in Trondheim.