BRENDAN RODGERS admitted he had no complaints and Rangers were “the better team” as Celtic toppled to an abysmal 1-0 loss at Ibrox this afternoon.

The champions failed miserably to make an impression as Steven Gerrard’s side became the fourth team to beat the Hoops in the Premiership this season following Hearts, Kilmarnock and Hibs.

The only goal of the encounter was a bit of a fluke as an effort from Ryan Jack ricocheted off Scott Brown’s heel to wrong-foot Craig Gordon on the half-hour mark.

The Celts’ No.1 was easily the team’s best player with at least four glorious saves while his opposite number, Allan McGregor, hardly got his gloves dirty.

He was beaten in the 67th minute when Callum McGregor slid the ball under him, but the midfielder was adjudged to have been marginally offside. It was the that kind of day. 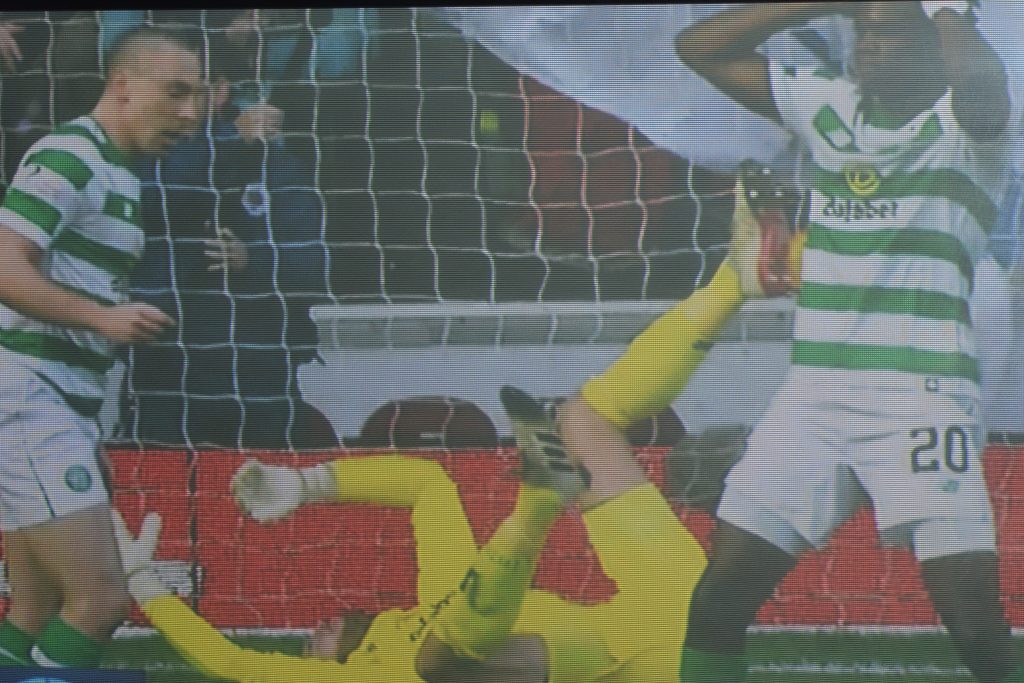 CALAMITY…keeper Craig Gordon is beaten as the winning goal is deflected off skipper Scott Brown while Dedryck Boyata holds his head in dismay.

Rodgers said: “The better team won. We had a lot of unforced mistakes and didn’t create as much as we would like.

“So, we have no excuse. We had one close opportunity when Callum got through. I thought he was outstanding for us.

“But we had players missing and one or two who were not fit and that just took away that bit of strength from us.

“We were not precise and clean enough with our passing at times. Defensively, we did well. They put good balls into the box and we made some good clearances.

“But I just think in our decision-making today we were not as bright and crisp as we normally are. We brought pressure onto ourselves with that.

“But, listen, I can’t complain. This is my thirteenth game against Rangers and it’s obviously 13 unlucky, but sometimes you have to feel that.

“Some of the young players will get good experience from that. They will feel the hurt and it will only make them better going forward.”

Rodgers raised some eyebrows with his team selection for Ibrox by switching the influential Callum McGregor to left-back in place of Emilio Izaguirre who struggled in the first-half against Aberdeen in midweek and was subsequently removed in the second-half with Jonny Hayes.

Kieran Tierney, struggling with a persistent hip injury, was on the bench and was forced to remain there as the Hoops gaffer had to take off the crocked double-act of Filip Benkovic and Mikael Lustig before the start of the second-half. 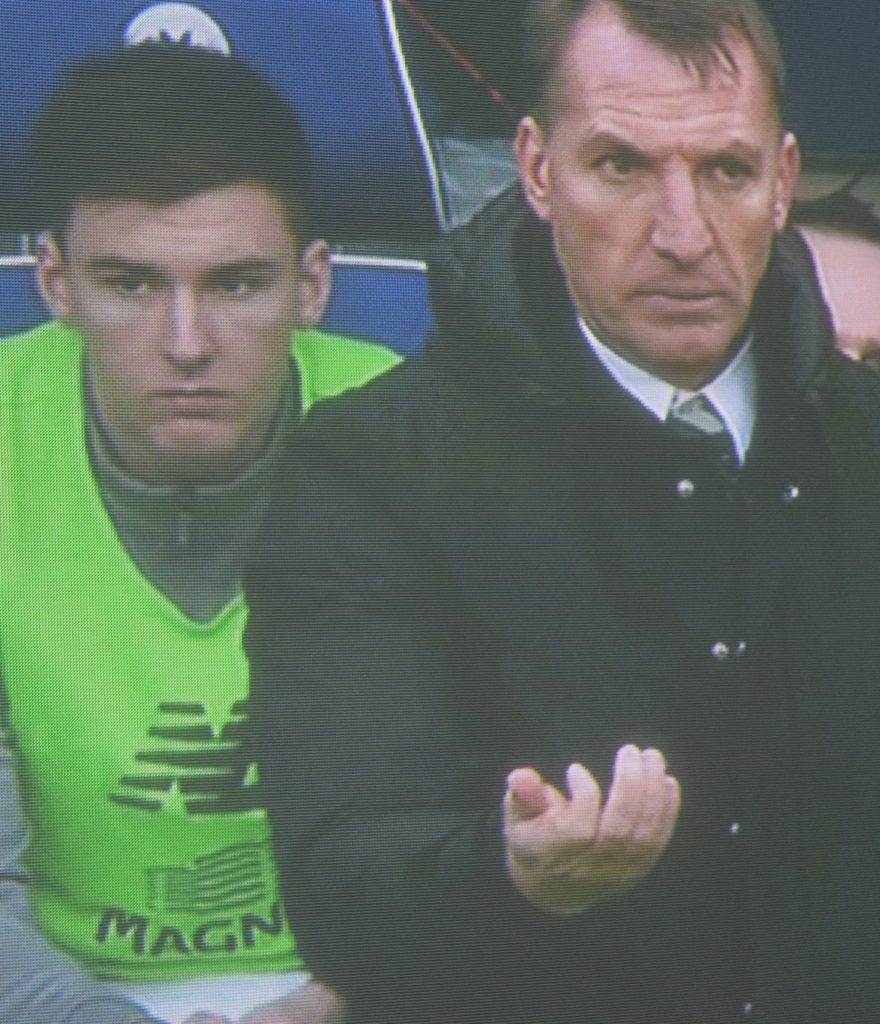 THE PAIN GAME…Brendan Rodgers and Kieran Tierney watch as the champions toil to get into their stride at Ibrox.

Teenager Mikey Johnston started, but toiled manfully in the wake of a lack of support with more experienced campaigners failing to turn up.

Rodgers added: “It’s collective. Whenever we lose, I assume the responsibility as the manager, but sometimes it’s just the other team play better than you.

“We are humble enough when we win and you have to be honest when you lose. It was a game they deserved to win.”

Celtic now have a break before the Scottish Cup-tie against Airdire at Parkhead on January 19.

There may be new faces on show by the time this game rolls around. If the treble treble is to be realised, they will be required on the evidence of this dire showing in Govan.