FRENCH ace Olivier Ntcham insists he won’t be intimidated by his first visit to Ibrox a week today.

The 22-year-old midfielder was an unused substitute when Celtic won 2-0 in Govan in September with Tom Rogic and Leigh Griffiths claiming the goals.

Ntcham said: “This is just another game. When I was in Italy, the derby I played in was for Genoa against Sampdoria and it was crazy.

“The fans used to throw flares and fireworks on the pitch and we would have to stop the game for 10-15 minutes before we were able to play on.

“Both clubs shared the stadium and the supporters had half of it each on derby days. Genoa won once when I was in my first season there, but, unfortunately, not in my second.

“The atmosphere and the supporters were even more intense than when I went to Ibrox earlier this season.

“The Rangers (sic) fans are also crazy, but they respect the players and don’t throw flares.” 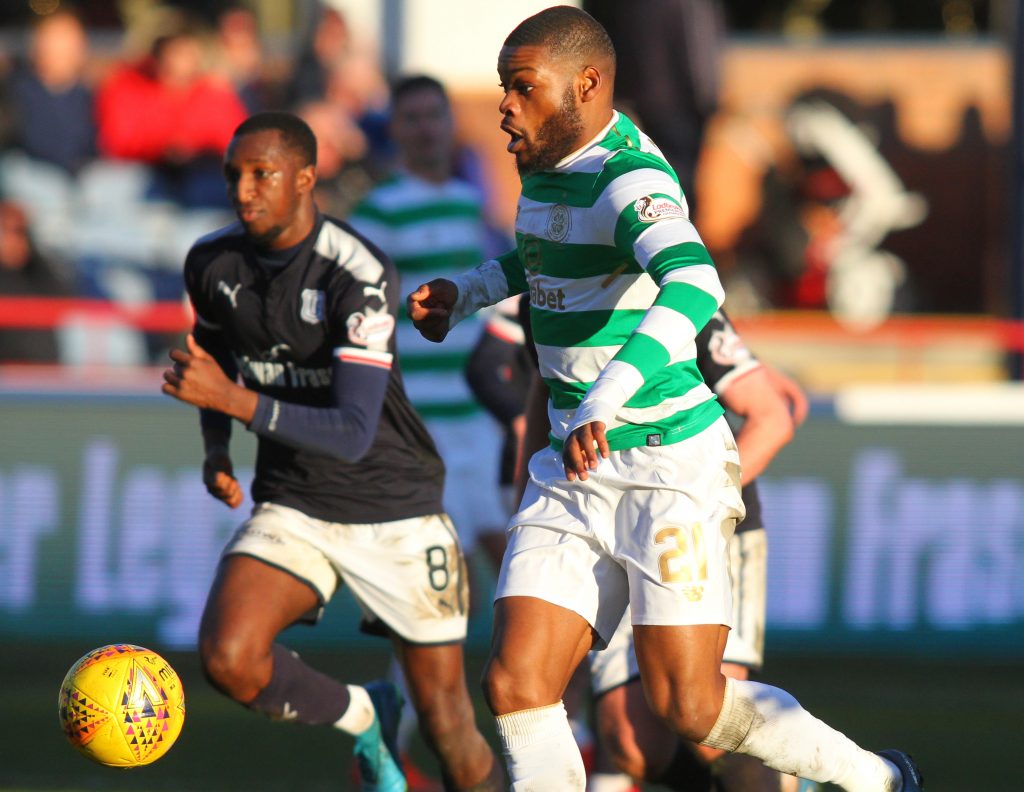 Asked about Sunday’s opponents, the Under-21 international responded: “Have I watched them much? No. I concentrate only on Celtic. It’s all about what we do.”

With the game in hand against Dundee now rescheduled for April 4, Brendan Rodgers has an entire week to prepare his side for the Glasgow derby.

Ntcham added: “It’s not been difficult for us that we haven’t been able to train as often – sometimes it’s good to have a rest because we play so many games at this club.

“We also have a free week to prepare for the game at Ibrox and that will also mean some more rest time.

“It was hard for me at first to get used to playing a game every three or four days.

“That can be difficult because you become a little tired, but you know that you need to work hard and win again.”