NEIL LENNON has admitted he is bracing himself for transfer moves for his top Celtic stars – on the day the champions reportedly booted out a derisory £15million bid from Arsenal for Kieran Tierney.

Italian giants Napoli have also been linked with the Hoops fans’ favourite, but the Parkhead side are not interest in doing business at that level for the 22-year-old defender for whom the bidding would have to start around the £25million bracket.

Lennon is preparing to welcome £3.25million Motherwell midfielder David Turnbull to the club while FC Copenhagen right-back Peter Ankersen is also a target.

The Irishman admitted he expects to add up to another six new faces as he strengthens his squad, but didn’t rule out the possibility of players moving on.

The Celtic gaffer, speaking to the Daily Mail, said: “I would expect bids.

“We’re realistic and I’d be surprised if there weren’t any offers. So, I may have a decision to make, but there’s been nothing for us to think about yet.

“I don’t think he would fear going anywhere, but, personally, it would be a wrench for him because the club means so much to him. However, we’ll cross that bridge if and when we come to it, but we don’t want to lose him.”

Lennon revealed the extent of the overhaul he would like in place before the summer transfer window closes.

Asked how many more signings he would like to see, he answered: “Maybe half a dozen. Certainly, we’re looking in defensive areas to strengthen. 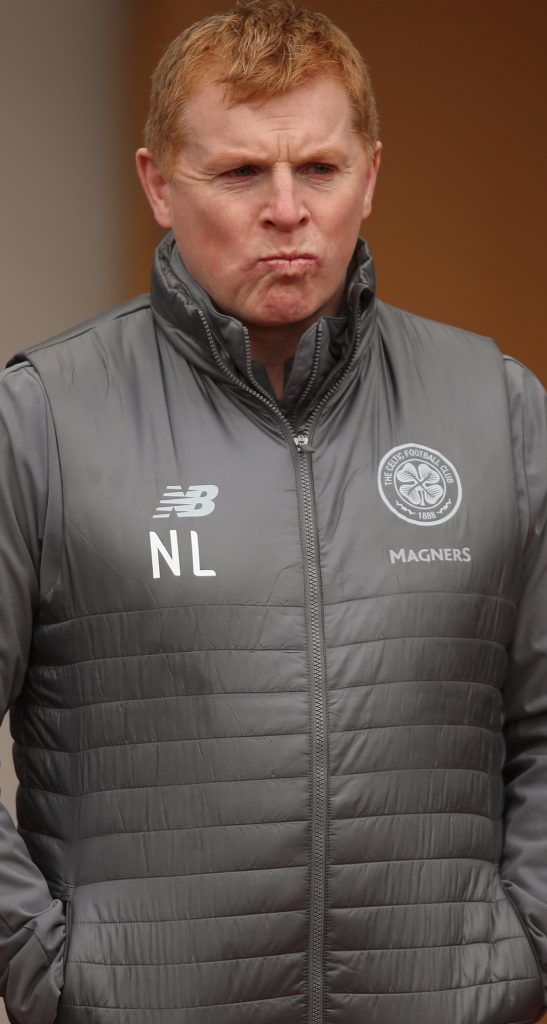 MAN ON A MISSION…Neil Lennon is scouring the transfer market.

Ankersen, Copenhagen’s Danish international, has one year left on his contract, but is believed to have told his club he won’t be signing an extension.

Lennon would have to pay around £2.5million to land the 28-year-old defender and the fee does not appear to be prohibitive.

He insisted: “I’m not going to talk about any players until they are sitting next to me. It’s just speculation.”

Lennon is hopeful that getting Nicky Hammond on board as a Director of Football will allow him to land the quality of players he is seeking.

Initially appointed only for the summer, the title kings’ boss feels he is exactly who the club need at the moment.

He added: “I’ve bumped into Nicky many times at games when he was working at Reading and West Brom.

“He’s got great connections and a vast resume of experience at recruitment level. It’s something we needed since Lee Congerton left.

“Nicky has been in the building, we had a brief chat and he’s going to start on July 1. We’ll take it from there, but he has great contacts all over the world, having worked at Premier League level.”

Celtic will begin their quest for a ninth straight title with a home game against St Johnstone on August 3, as CQN listed the entire Premiership schedule yesterday.