CELTIC striker Leigh Griffiths has pleaded for an end to “silly”  SFA charges after the champions and Hamilton Accies were cited by the football authorities.

Both clubs have been accused of failing to the “ensure the conduct of their players”, as CQN reported yesterday.

Griffiths was involved in a brief fracas – timed at SIX seconds – with defender Alex Gogic after a tangle of limbs with midfielder Sam Woods in the first-half of the champions’ 4-1 win at the FYO stadium on Sunday.

Both players were yellow-carded by referee Nick Walsh following their pushing-and-shoving match.

The comeback frontman was also cleared by the SFA after allegations of “stamping” on Woods.

Disciplinary rule 204 warns against “becoming involved in a confrontation; conduct that is likely to lead to or to exacerbate or prolong a hostile or argumentative situation with players and/or team staff from the opposing team and/or match officials; and conduct that may otherwise incite disorder”. 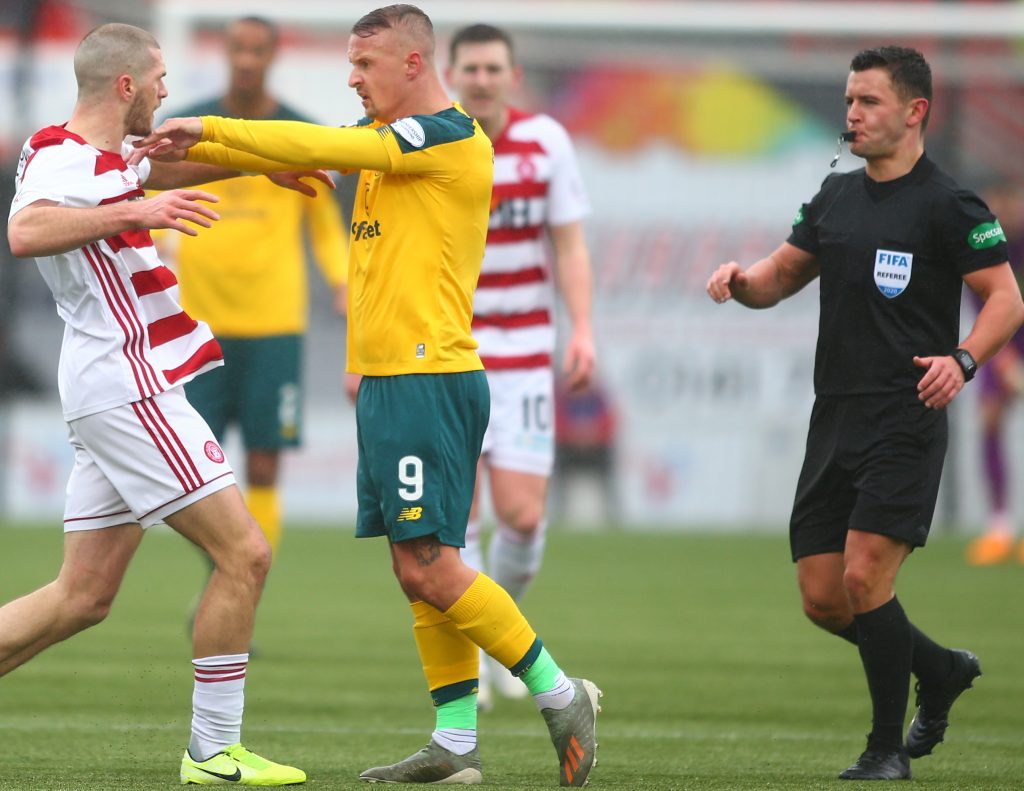 Griffiths, speaking to the Daily Record, said: “You are always going to get a bit of confrontation and it’s just about the ref handling it as quickly as he can and trying to let the game flow.

“Obviously the powers-that-be have charged us, but that’s something for the club to deal with and us as players just focus on what we do on the pitch.

“There are always going to be bits and bobs, but as long as it doesn’t turn into a full-scale riot with 22 players at each other’s throats, I think the ref can deal with it quickly and we move on.

Asked if the SFA’s approach risked taking a healthy “needle” out of the game, Griffiths answered: “I don’t think it will take it away from the game, I think they just need to let the ref do the job.

“The quicker the ref can deal with the situation on the pitch, the easier it will be for everyone involved.

“I think he’s got a match report to do after the game, so if he puts in that that he dealt with it as quickly as he could, hopefully, there will be no more silly charges.” 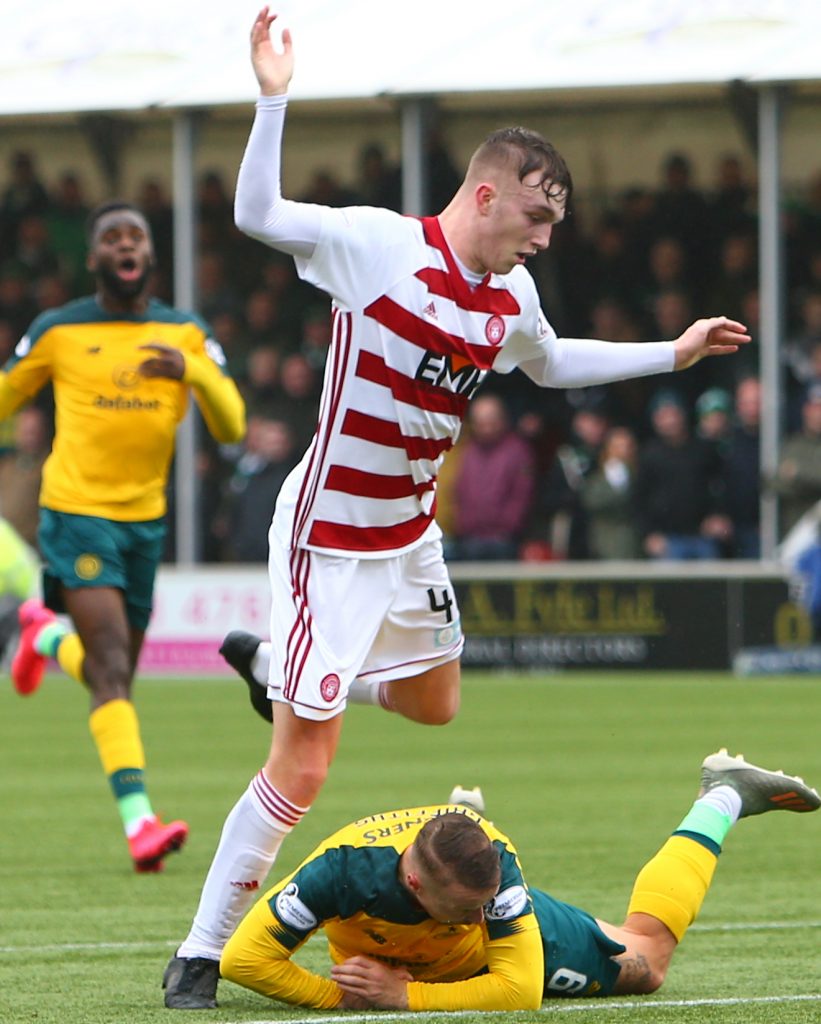 SEEING RED…Leigh Griffiths is sent crashing by Jamie Hamilton who was sent off for the foul.

On the clash with Woods, Griffiths explained: “It was a coming-together. I never meant to stamp on him at all. As I was on my way down I caught my foot and there was no other place I could plant it.

“But it was never going to be intentional, I’m not that type of player.

“There was a bit of handbags after that and the ref got it under control quickly and we move on.

“Obviously, my temper got the better of me. I don’t want to get into a pushing match, but I am being accused of something I didn’t intentionally mean to do.”

Griffiths got the nod from boss Neil Lennon to start the midweek game against Motherwell at Fir Park and the Scotland international netted his fourth goal in six games as he continued to work on his match fitness.

It’s likely he will continue on the comeback trail when the holders take on Clyde at Broadwood on Sunday.