Celtic Quick News on News Now
You are at:Home»Latest News»No red card regrets for Efe as Van Dijk shines
By CQN Magazine on 27th September 2015 Latest News
EFE AMBROSE has revealed he has no regrets over his ordering-off in the goalless draw against Hearts.
The Celtic defender hauled down Sam Nicholson in the fading moments to warrant an immediate red card from referee Kevin Clancy.
Ambrose claimed he did not have any other option than to halt the Tynecastle player with a professional foul and accept the subsequent punishment.
The Nigerian international said: “I was happy to help my team get something from the game.
“I was the last man and so I had no choice but to make the tackle and save us from losing the game in the very last minute.”

Ambrose also came up against his national team-mate Juwon Oshaniwa, who was solid in the visitors’ defence.

He added: “It was nice to be together again and play on the same pitch, but I always prefer when we are playing together in the same team than playing on opposing sides.”

Ambrose has shown some excellent form in recent games and seems to have set about the task of replacing Virgil Van Dijk as the senior pro in the Celtic defence.
Talking of Van Dijk, the classy central defender has earned praise from Southampton boss Ronald Koeman. 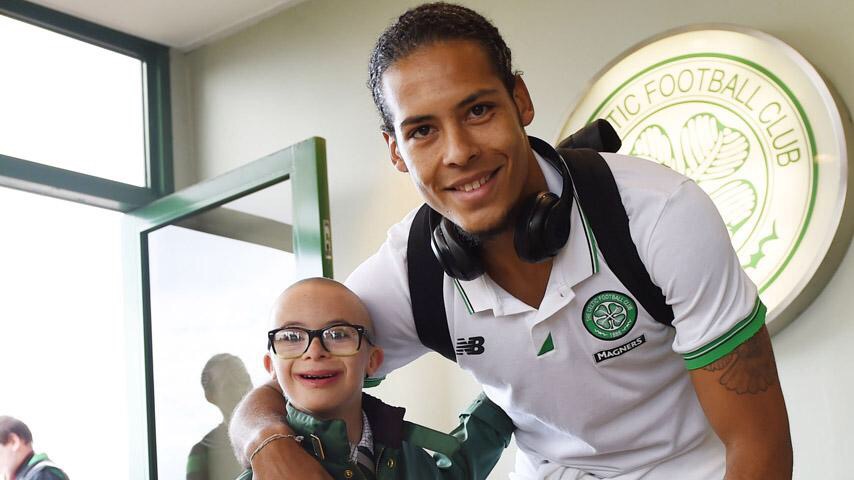 And his fellow-Dutchman believes the £13million buy from Celtic will get even better.
Van Dijk, who joined the Saints on the last day of the transfer deadline, netted his first goal for his new team in the 3-1 win over Swansea.
Koeman said: “I’m very pleased with Van Dijk. He’s a good player and he’s still only 24 years old.
“He can improve and he has to learn.

“The player has shown his personality. He’s an important player for our possession because he has good passing and a good partnership with Jose Fonte.

“And, of course, that was a good header for the first goal.”
Not so fortunate was another ex-Celt, Ki Sung-Yueng, who put through his own goal as Van Dijk’s outfit raced into a three-goal lead after just an hour.
Click Here for Comments >
Share. Twitter Facebook Google+ Pinterest LinkedIn Tumblr Email
Previous ArticleStalemate leaves Ronny ‘irritated’
Next Article CHRISTIE HAILED BY DONS BOSS